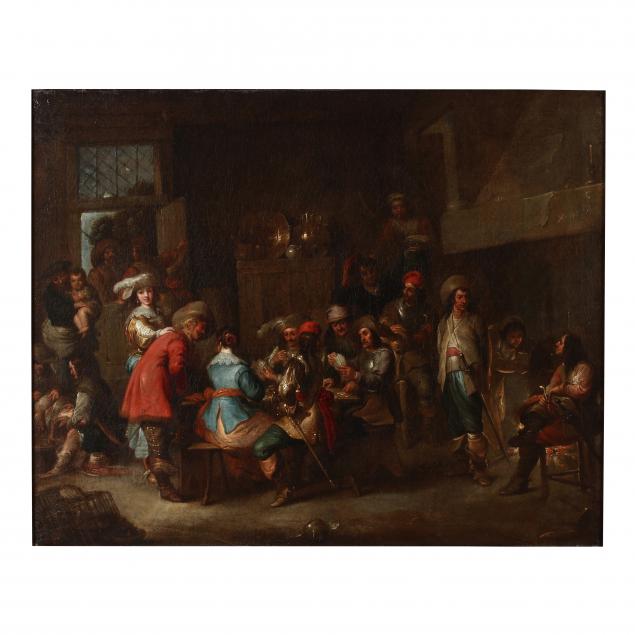 In a rustic interior, a group of soldiers and their followers revel in an evening of entertainment. A group of four soldiers, still wearing their cuirasses and rapiers, anchors the composition. These soldiers are engrossed in a card game while surrounded by compatriots engaged in varying conversations and flirtations. 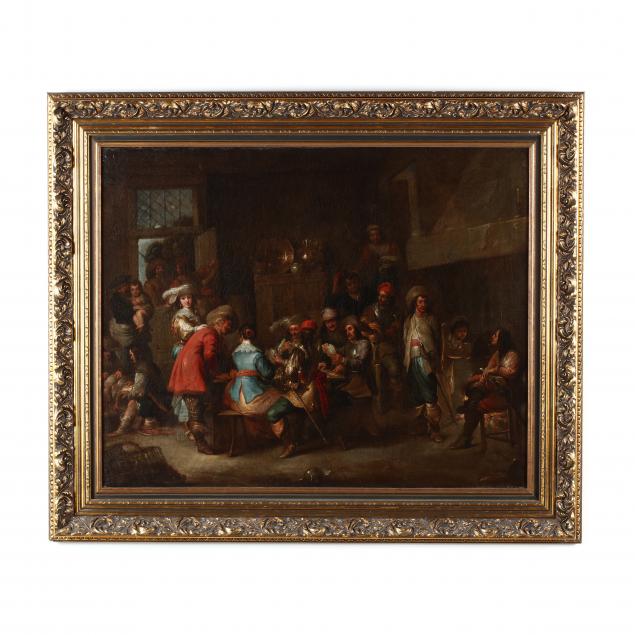 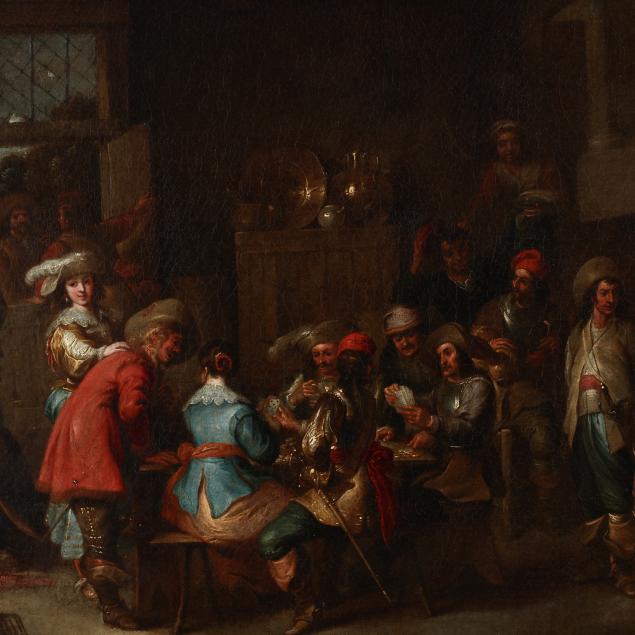 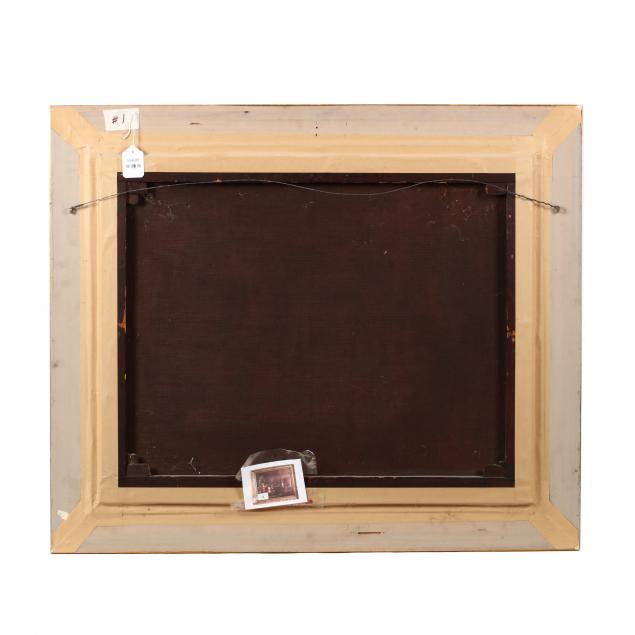