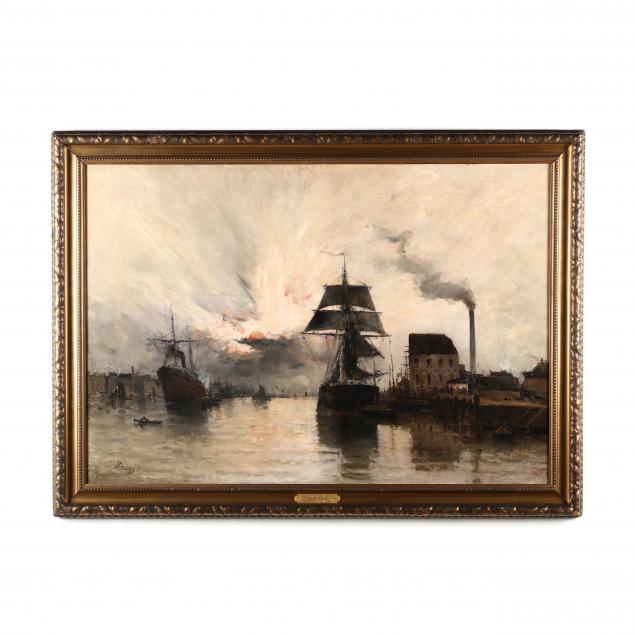 From the Personal Collection of Dr. and Mrs. Ilgenfritz, III

Born in Ohio, Frank Myers Boggs became a naturalized French citizen in 1923. It was in Paris that he found his greatest success. Best known for his somber and detailed maritime and harbor scenes, the present painting is among the largest of such works to come to market in decades.

Scattered spot touch-ups visible under UV, including approximately 18 inch vertical area of restoration to left of large sailing ship; some looseness and rubbing to frame. 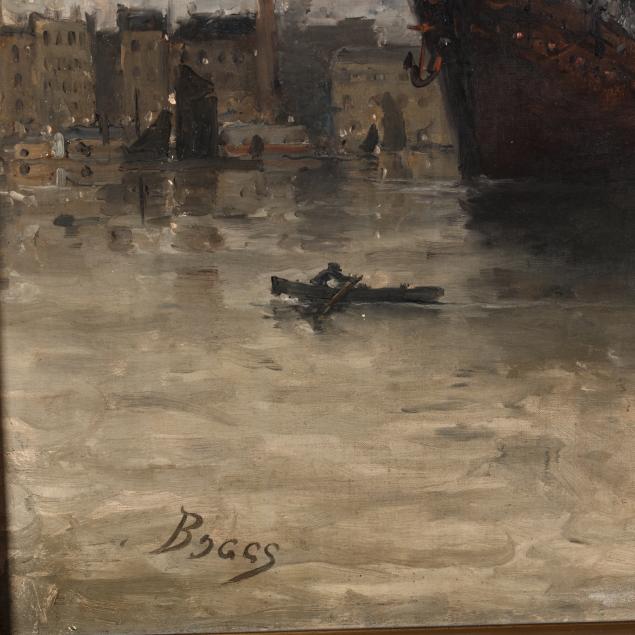 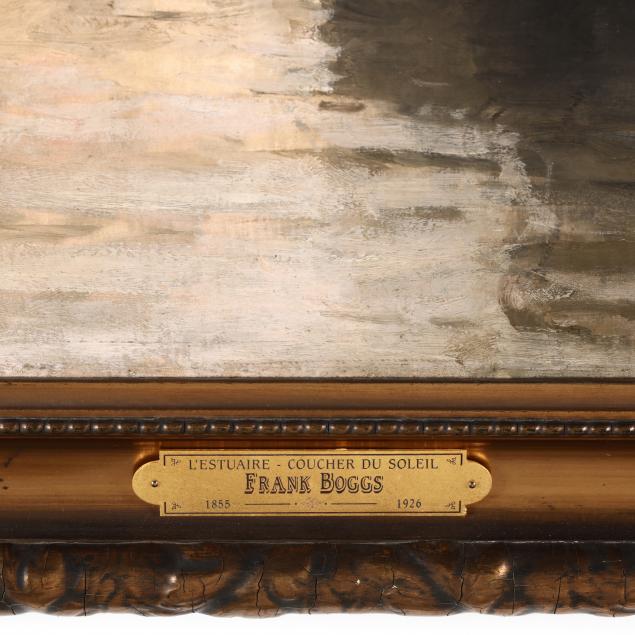 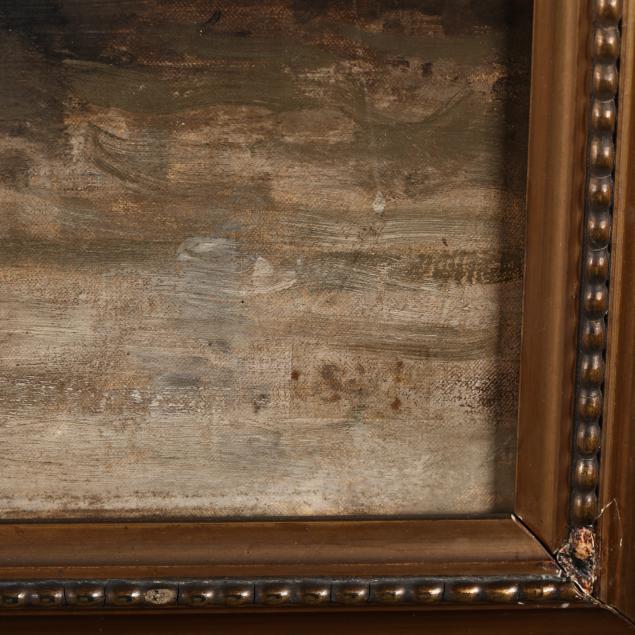 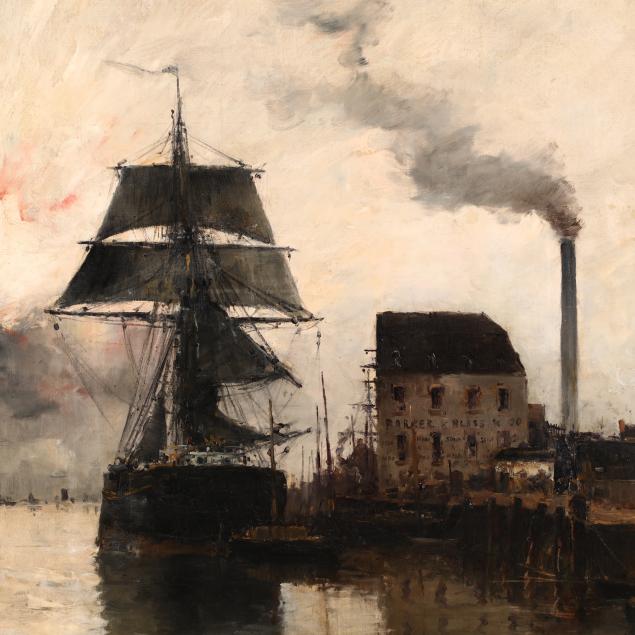 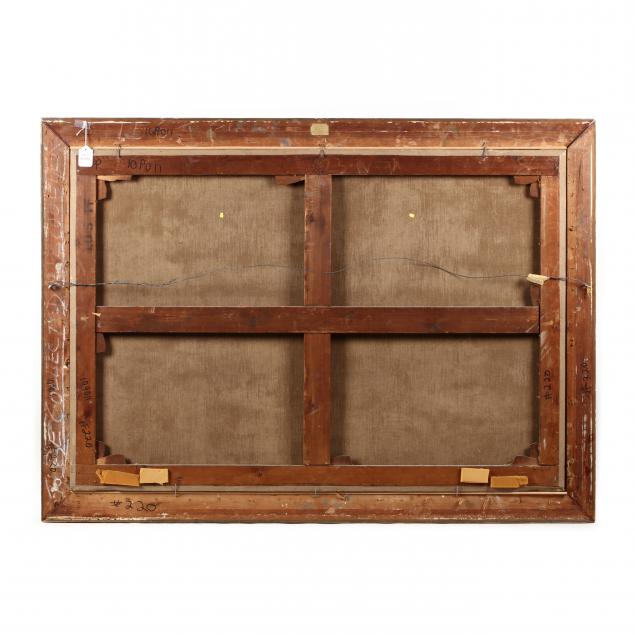 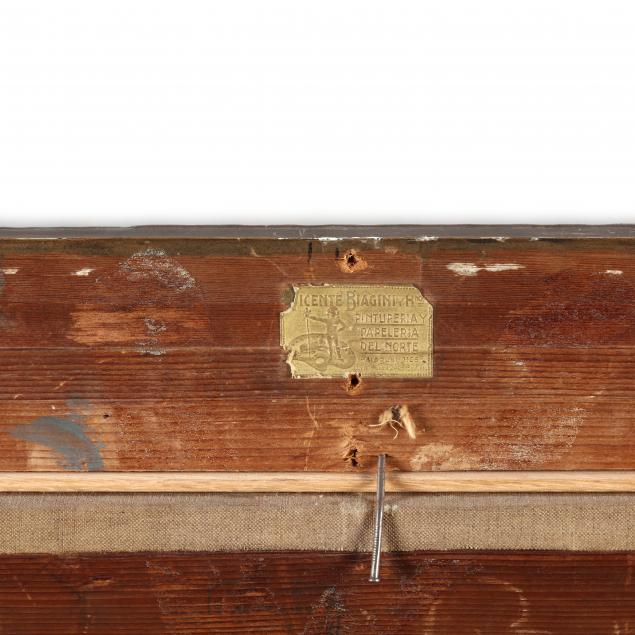