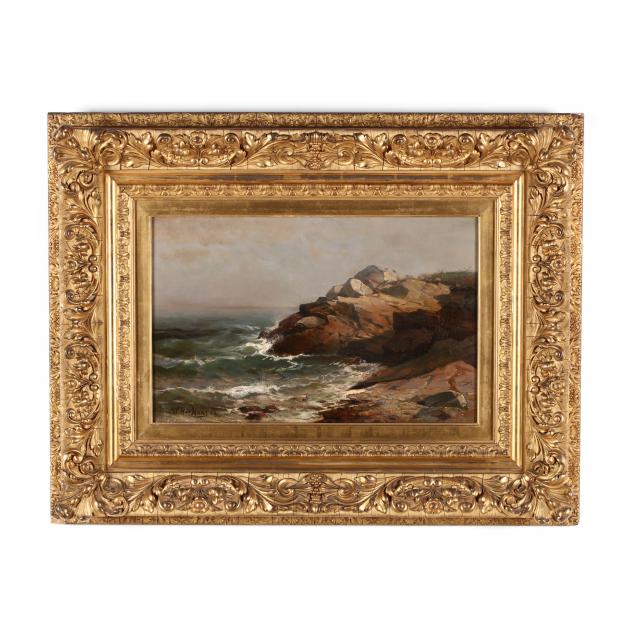 Born in Rotterdam, Netherlands, de Haas was commissioned as official artist of the Dutch Royal Navy in 1857. Despite this high accolade, he immigrated to the United States in 1859 to pursue his artistic career. He was elected an associate of the National Academy in 1862 and an academician in 1867. Mauritz de Haas' marine paintings were included in every Academy annual exhibition from 1860 until his death in 1895.

Light surface grime; no evidence of re-touch visible under UV light; some cracking to composition ornament on frame with minor scattered loss. 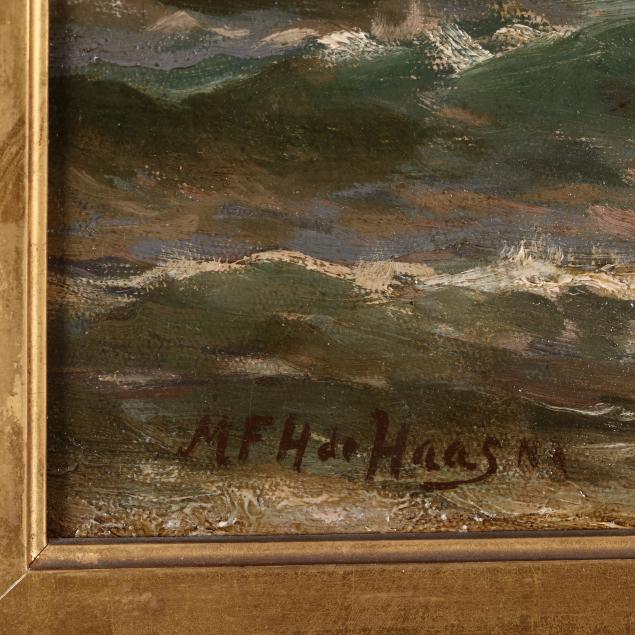 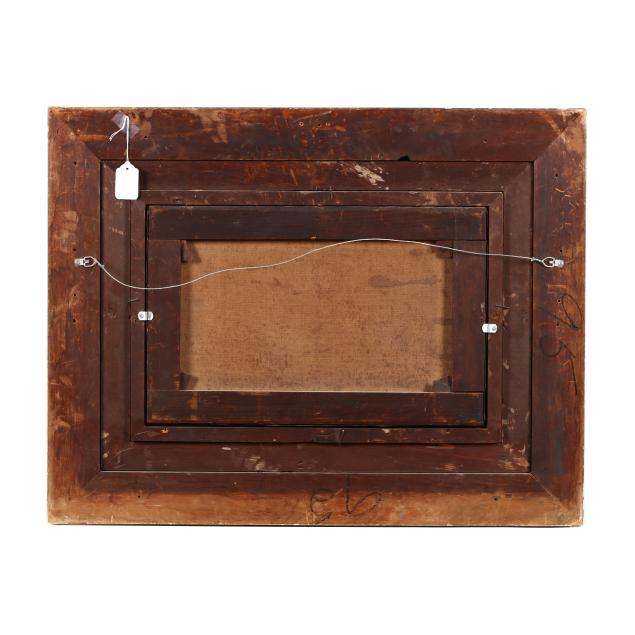