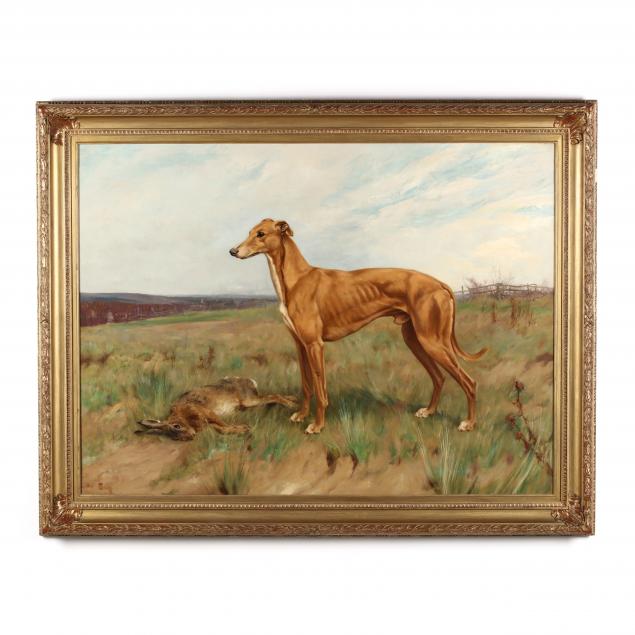 
Thomas Blinks was among the most sought after sporting artists of the late 19th and early 20th century. Primarily self-taught, he credited hours of study watching the horses at Tattersalls for his mastery of animal musculature and action. He exhibited extensively throughout his lifetime, including showing at the Royal Academy and the Royal Society of Artists. His patrons ranged from members of the peerage to American industrialists.

Two of Blinks' patrons were Stanley Martyn Dennis and James Edgar Dennis of Sussex. The painting offered here is a portrait of their prized greyhound, Dendrapsis, winner of the Waterloo Cup in 1909. A contemporary photograph of the dining room at Sharnden Manor, home of Stanley Dennis, shows this painting hanging above the mantel. In the same room, above the sideboard, is a painting of three greyhounds by Maud Earl, another celebrated British sporting artist. The painting by Earl recently sold in the Dogs in Show and Field auction, held at Bonhams New York, February 17, 2016, lot 99.

We are grateful to Nick Waters for his assistance in cataloguing this lot.

Illustrated in the catalogue listing are the following photographs:
1) Dining room at Sharden Manor, from an album of photographs compiled by the architect and designer Ashley Tabb, showing the portrait of Dendrapis hanging above the fireplace mantel and the Waterloo Cup on the dining table.
2) Mr. James Edgar Dennis congratulating Jack Kennedy, the trainer of Dendrapsis, after the final. Mr. Stanley Dennis is standing to left of trainer. (from Illustrated Sporting and Dramatic News, February 27, 1909, p. 10011)
(two archival photos courtesy of Bonhams) 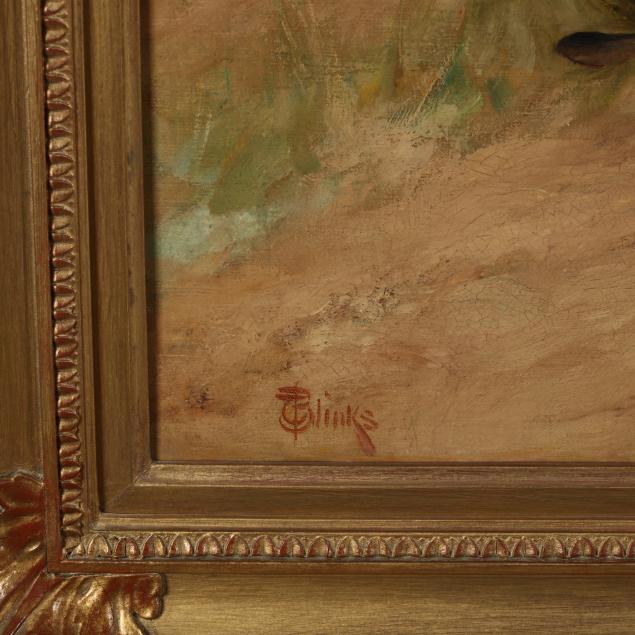 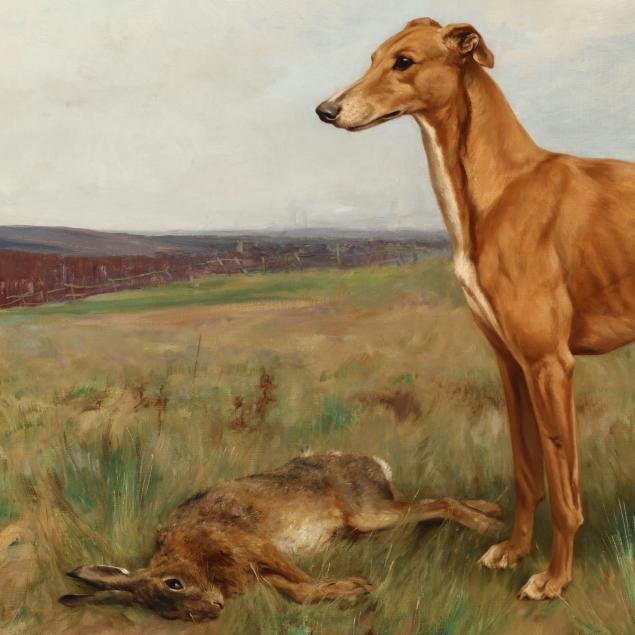 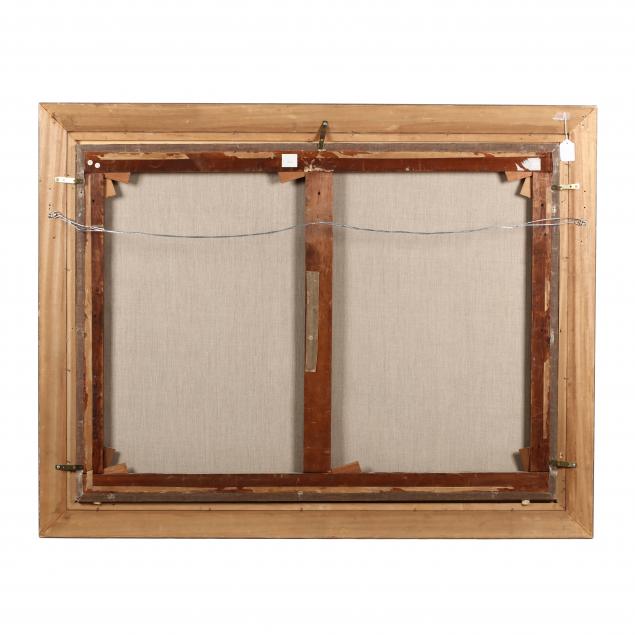 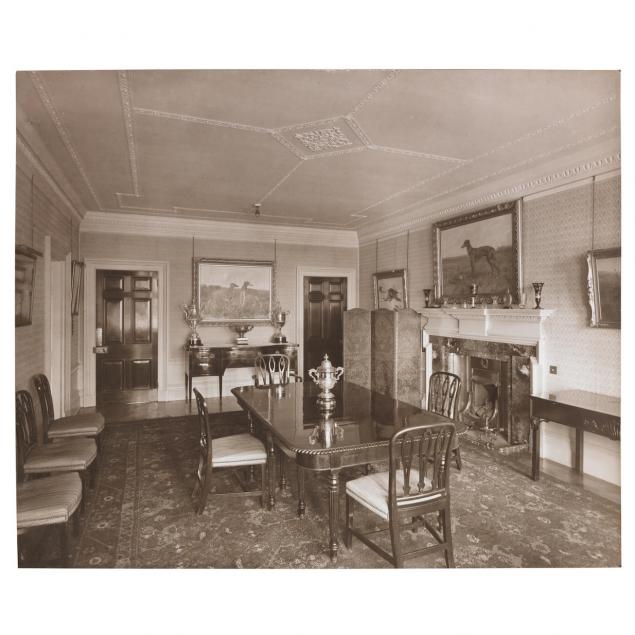 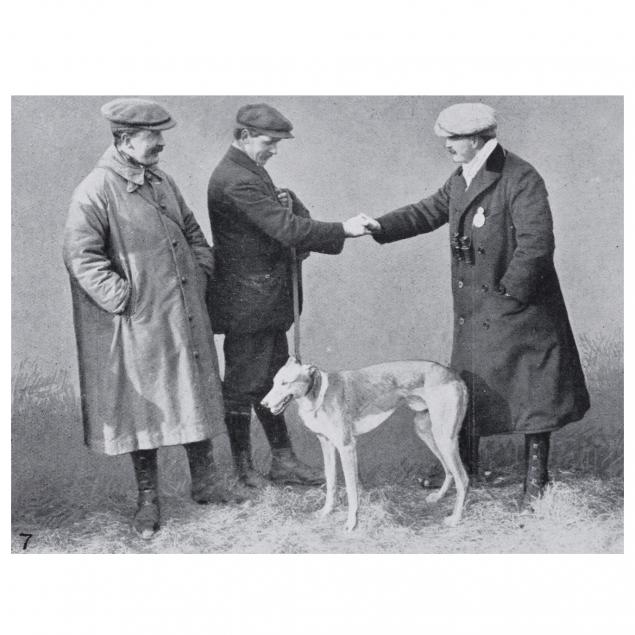