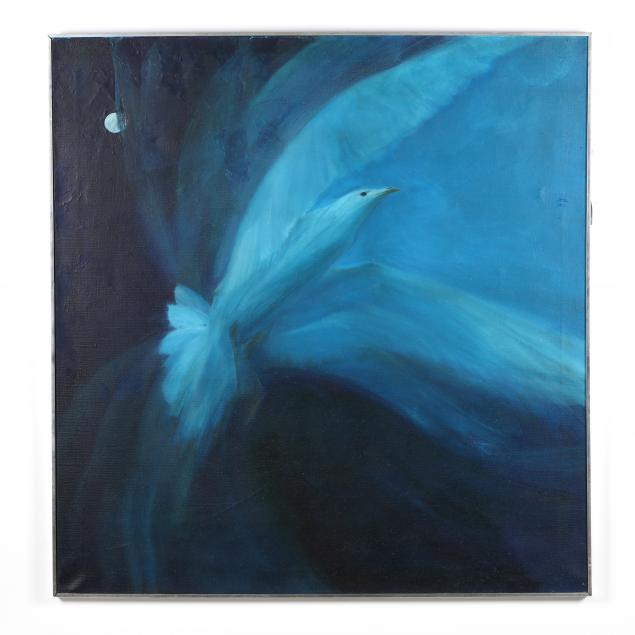 Lot 1275
Don Neiser (1918-2009), Night Bird
Lot Details & Additional Photographs
1970s, oil on heavy weave linen, with gallery tag on the back of stretcher and signed on the back of linen; depicts a dynamic bird in flight in the blue light of night; presented in an aluminum floater frame, included is a League of Women Voters fundraising card featuring the artwork.

Some creased areas and denting to canvas on recto, yellowing varnish; spotting and wear to frame, rusted frame screws. 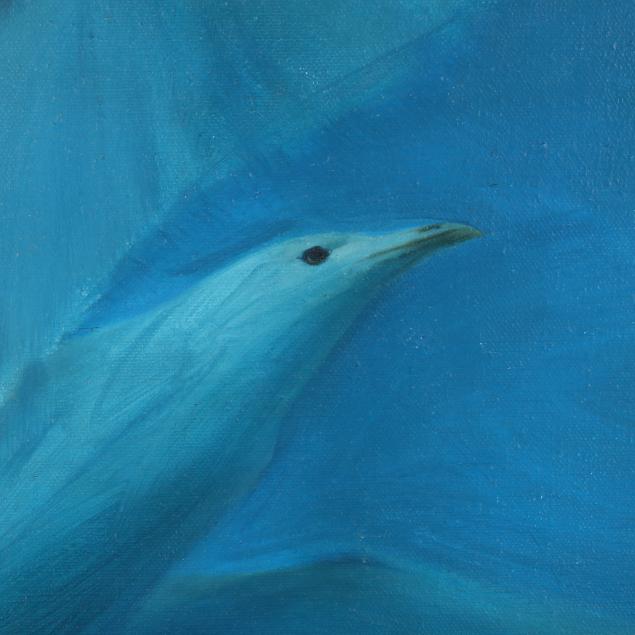 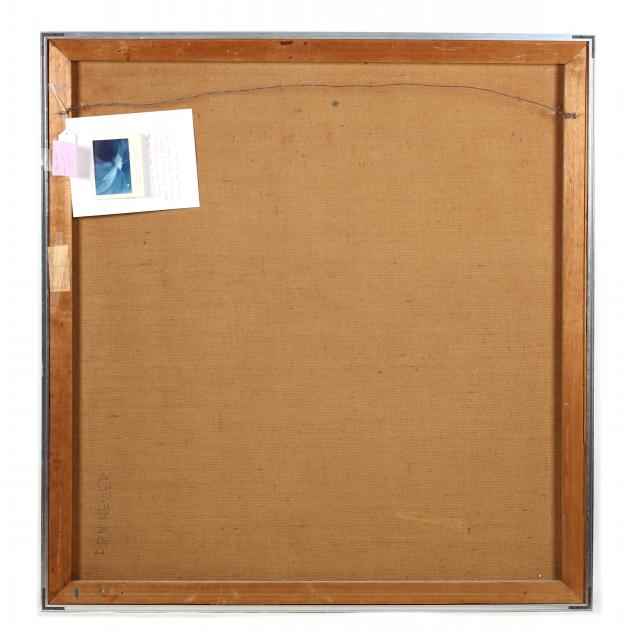