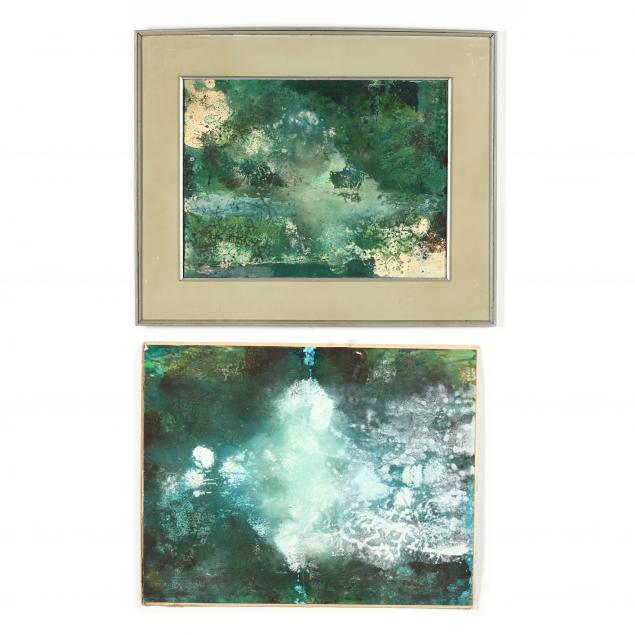 Lot 1298
Don Neiser (1918-2009), Two Abstract Atmospheric Paintings
Lot Details & Additional Photographs
Casein on board, the first signed twice and dated '74, one matted and framed (not under glass), the second unframed and mounted to board.

Some surface grime; minor light abrasions to the first; the second with few edge nicks/spots of skinning; some wear to mounts and framing. 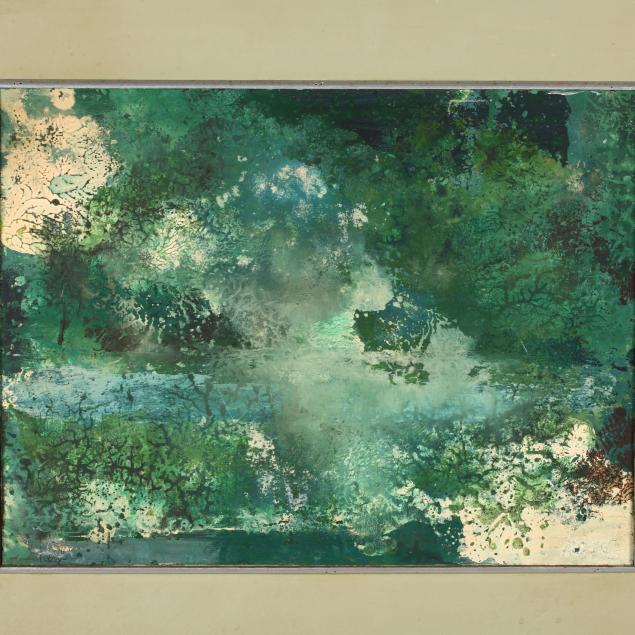 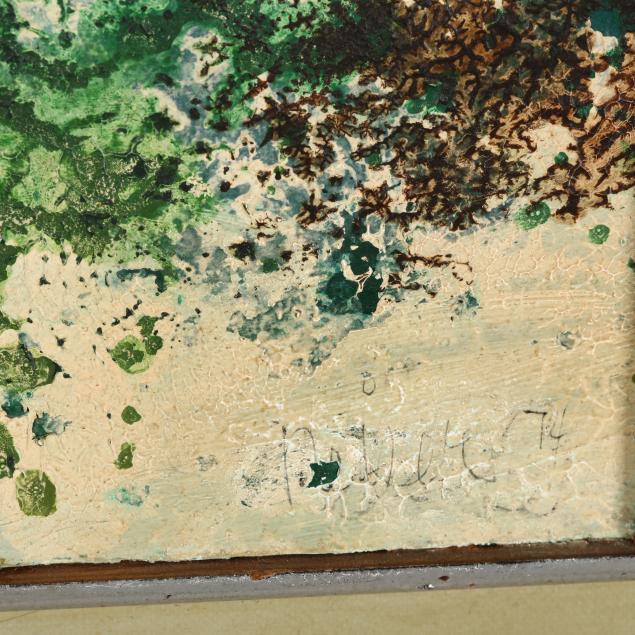 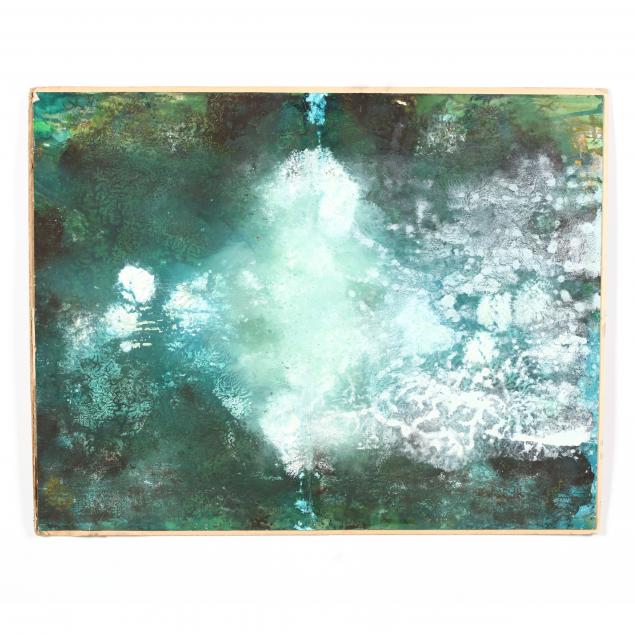 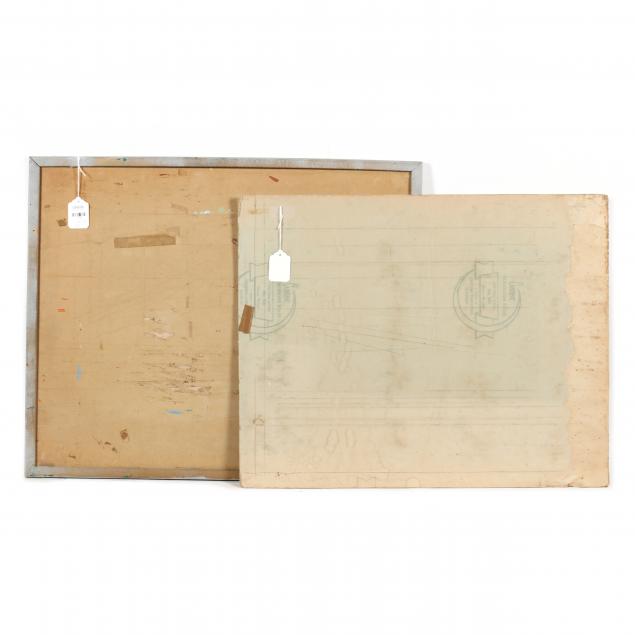