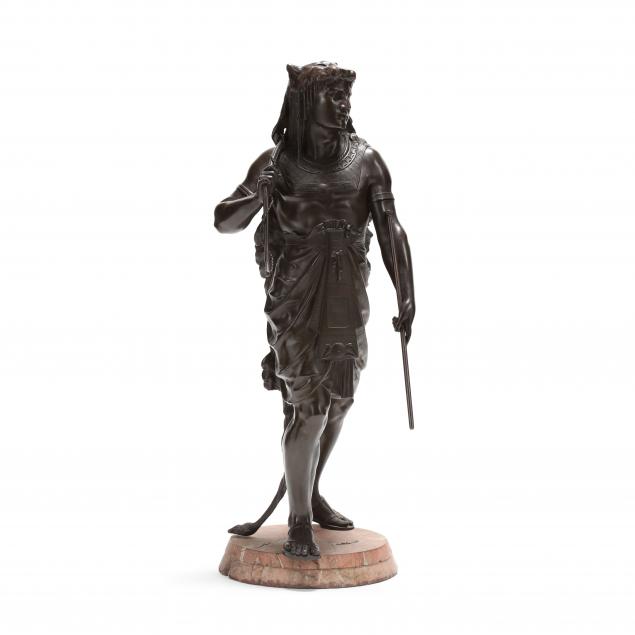 The present bronze, while unsigned, is in the style and quality of Picault's greatest Egyptian works. The figure is posed in a stance of action. His clothing is enveloped in symbolism, beginning with a lion skin atop his head, to a winged sun on his breast plate, and a lion cloth decorated with Ankhs and cartouche with fantasy hieroglyphics. The sculpture presented here relates most directly to Picault's sculpture of King Menthuophis, circa 1880.

This may also be a romanticized depiction of Alexander the Great as pharaoh of Egypt. Alexander, who was often compared to Herakles during his lifetime, issued coins showing the storied demigod wearing the skin of the Nemean lion as a headdress. Some scholars suggest the coin portrait is actually that of Alexander himself. With the Macedonian conquest of Egypt in 331 BC, the resulting blending of Greek and Egyptian cultures would have been a welcomed pairing for a 19th century French sculptor and audience.

Some minor scratching to bronze; some chipping and loss to marble. 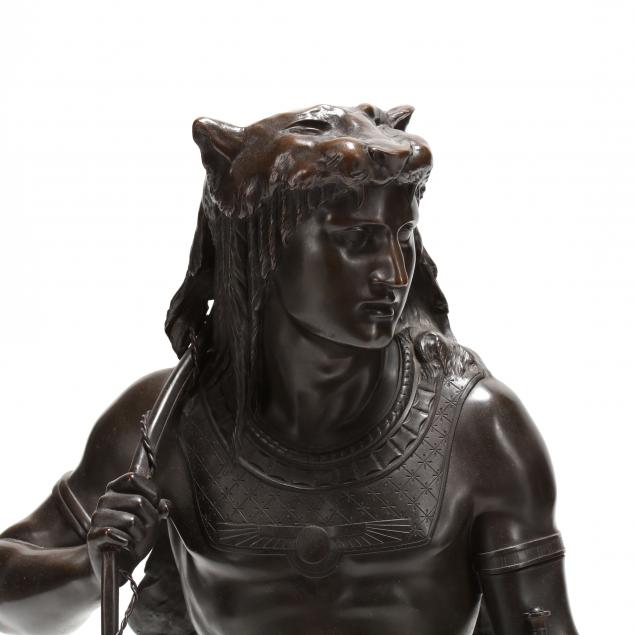 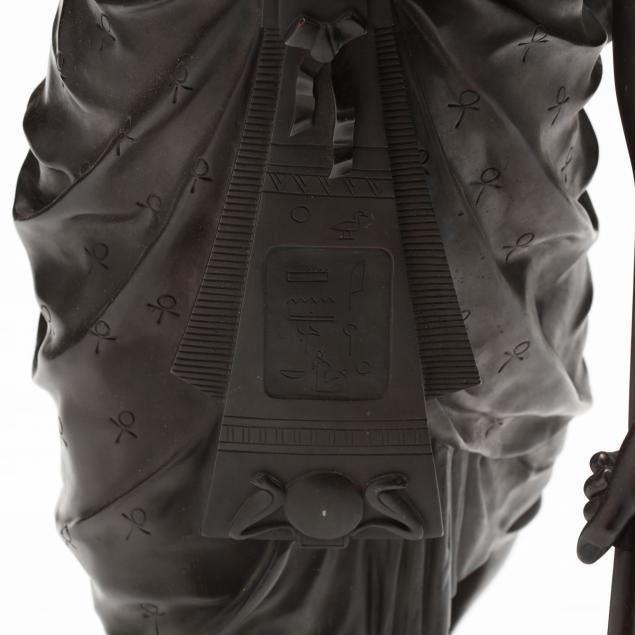 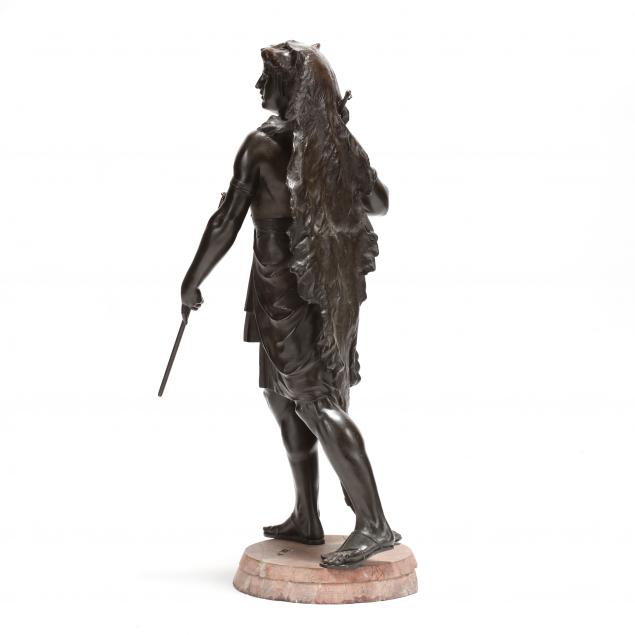 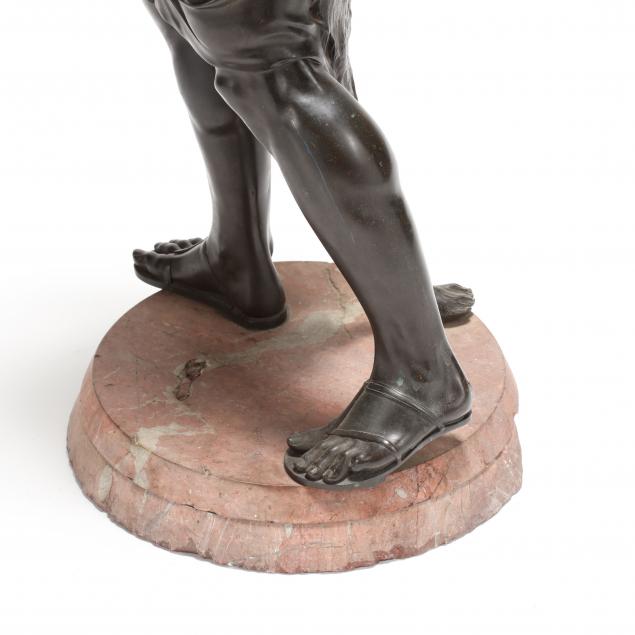 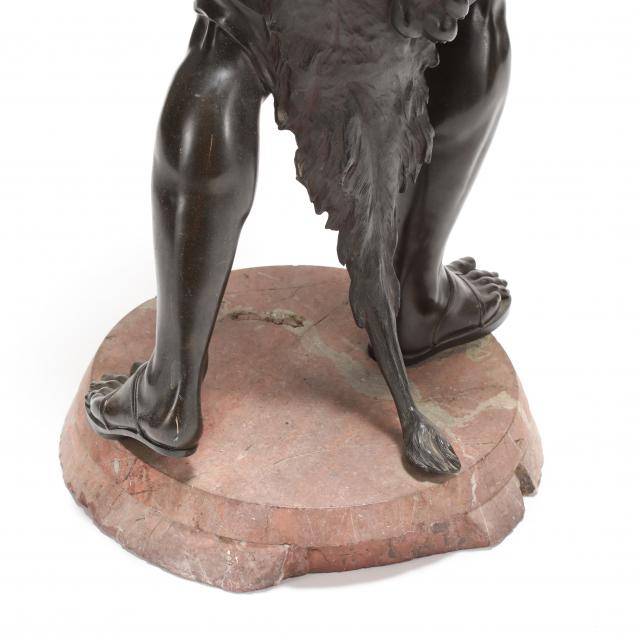