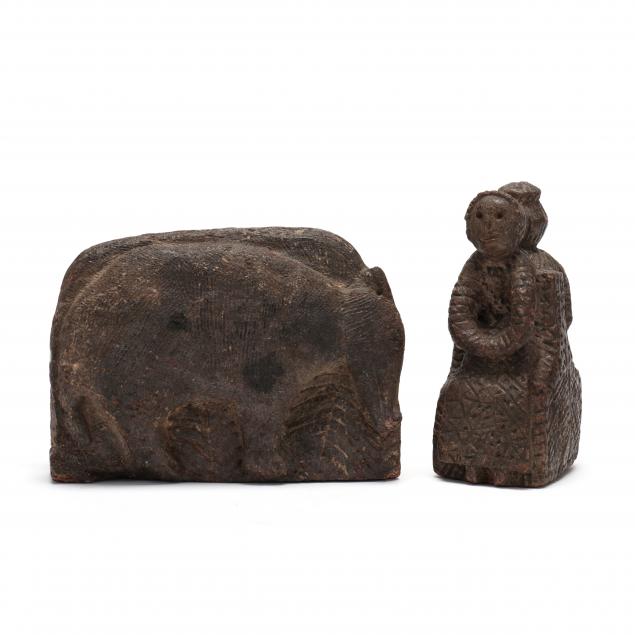 Lot 271
Pair of the "Mysterious" Mount Pisgah Stone Carvings
Lot Details & Additional Photographs
Age and origin unknown, found and collected by M.S. Valentine in the area of Mount Pisgah, NC. in the 1880s, a two-sided carving of a bear in block form with allover fine lines indicating fur, underside bears an old label reading "Pless Hill" (6 x 7.5 in.); the second depicts a man and woman seated back to back in a type of settle, allover linear carved lines (7 x 4 x 2.5 in.) (small losses at high points of bonnet and shoes).

Close to 1,500 artifacts were uncovered from the Mount Pisgah region of Haywood County, North Carolina and purchased by Mann S. Valentine of Richmond, Virginia. Valentine believed these relics were likely pre-Columbian, and took a selection for showing at the Anthropological Institute of London. Despite the initial excitement of the discovery, a curator at the Smithsonian, Charles Rau, soon declared they were a hoax. Rau believed they were likely crafted in a comparatively modern period. Embarrased, Valentine packed up and stored the carvings in his home's wine cellar.

Valentine died in 1893, with his home and collection opening in 1898 as The Valentine Museum. The carvings remained hidden, but were brought out again for viewing in 1949.

Bear with several fissures to the stone at the rear of the carving; small losses at edges, snout, feet. 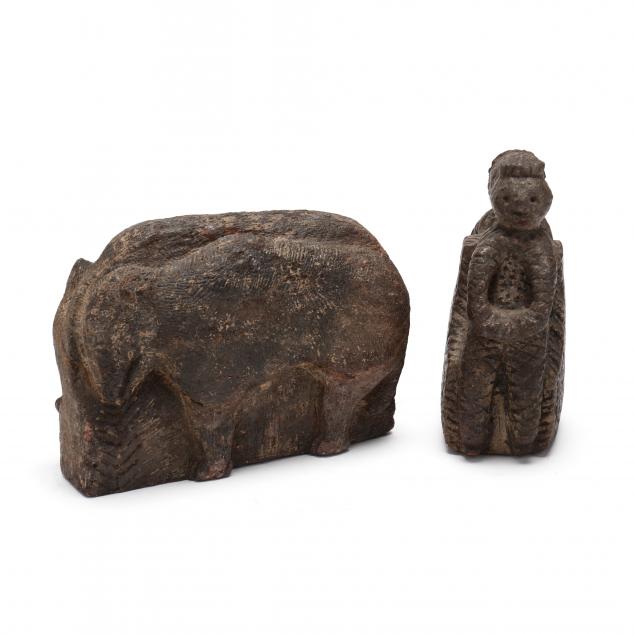 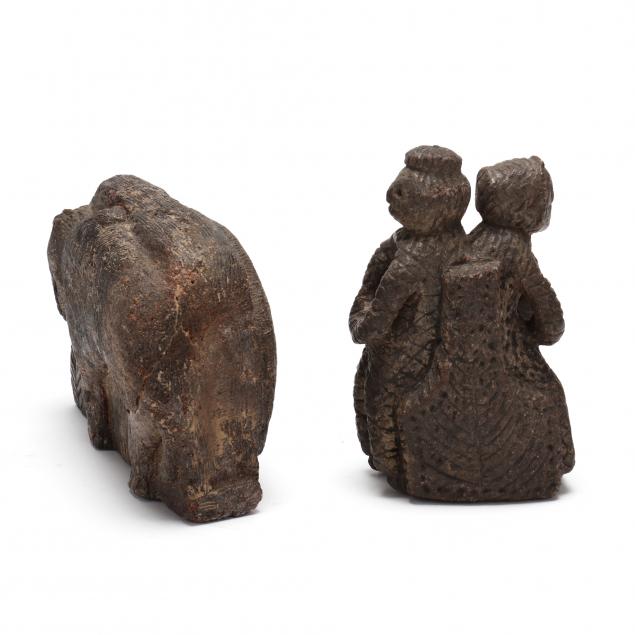 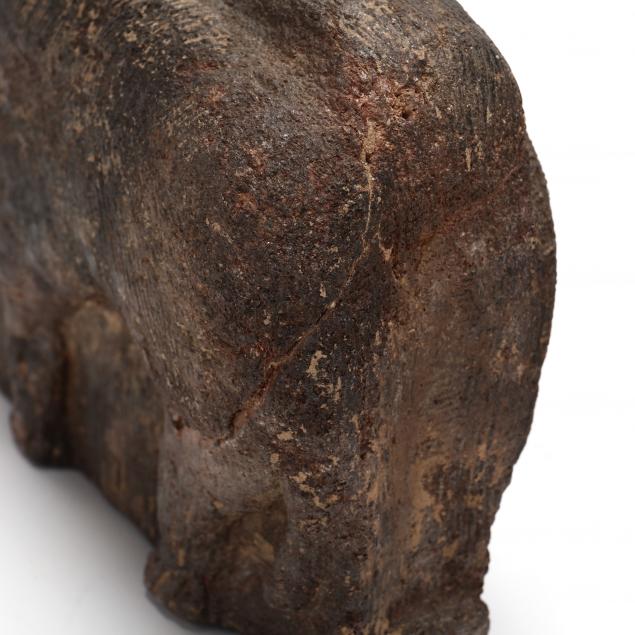 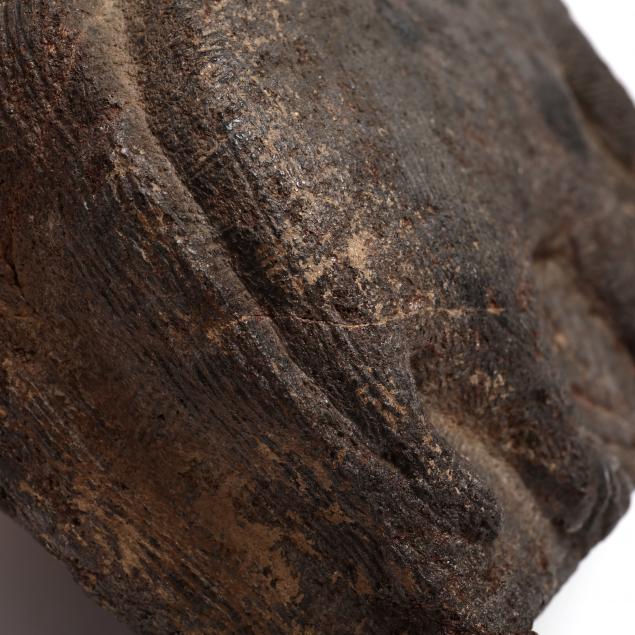 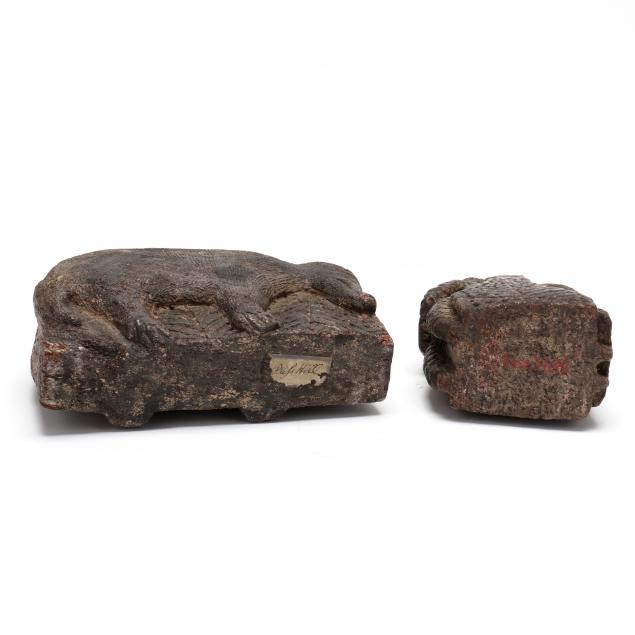 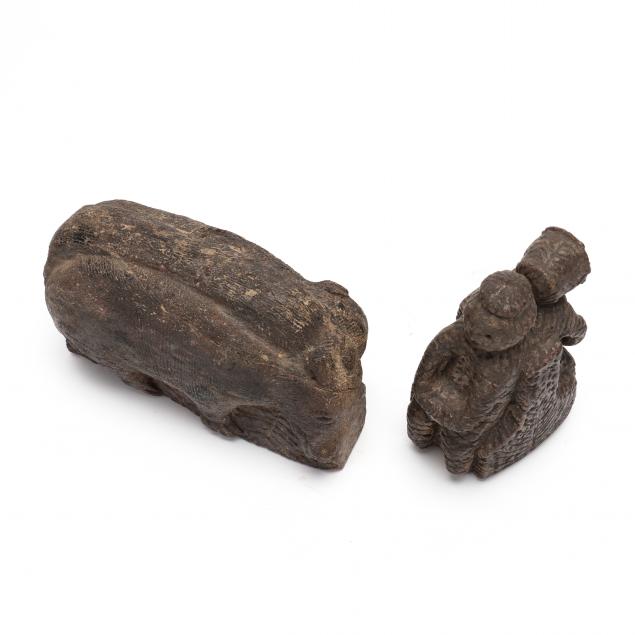 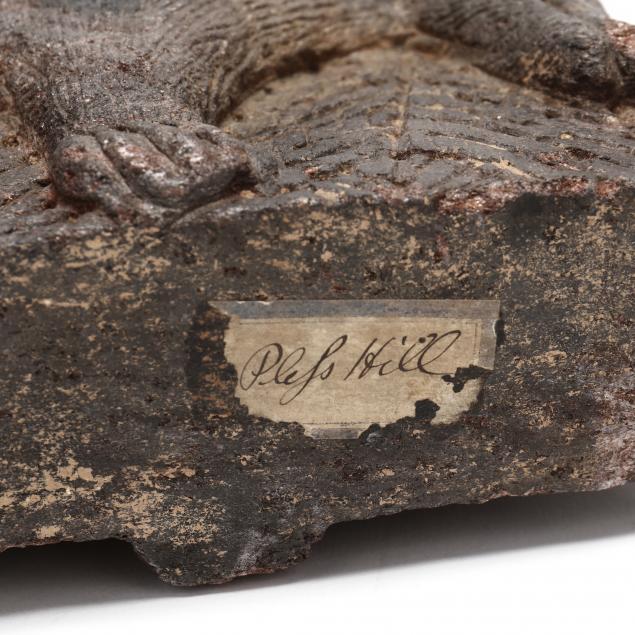 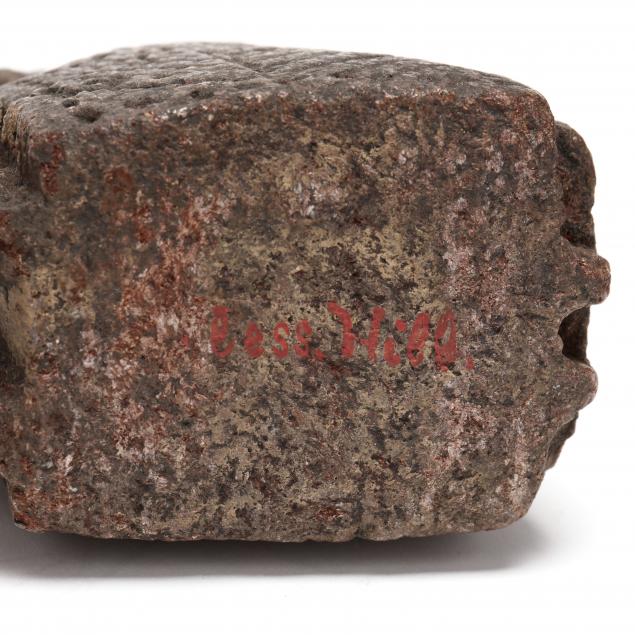