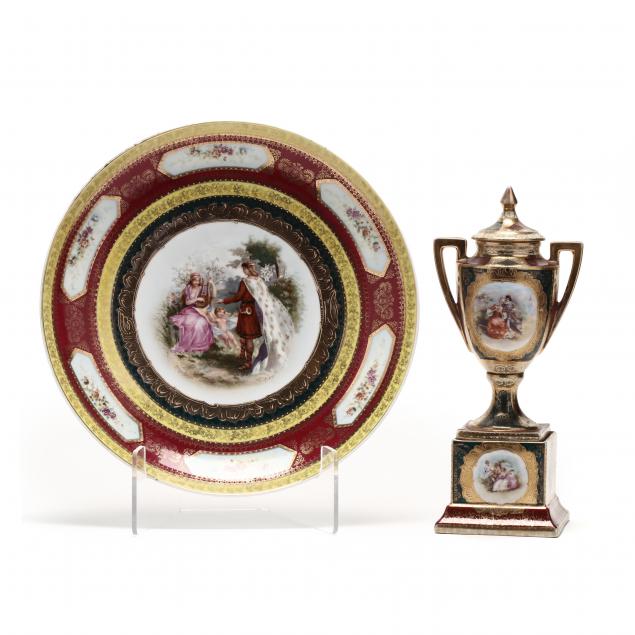 Titania is the fairy queen in Shakespeare's "Midsummer Night's Dream".

Upper rim of urn has gilt loss as well as minor gilt loss at some high points, and a glaze flake on edge of pedestal. Charger shows a rubbing to the gilt design in several places on the inner yellow band. 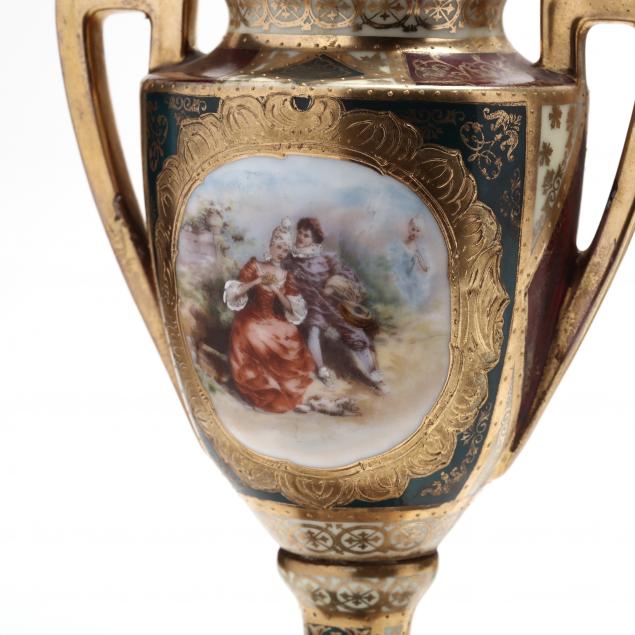 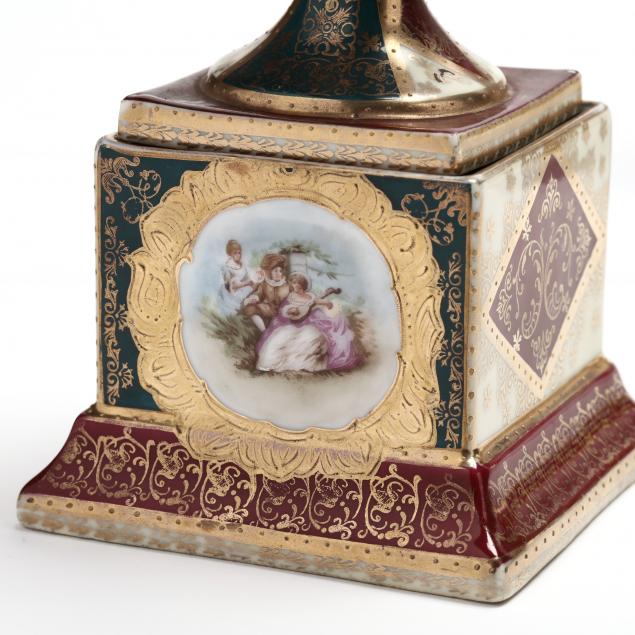 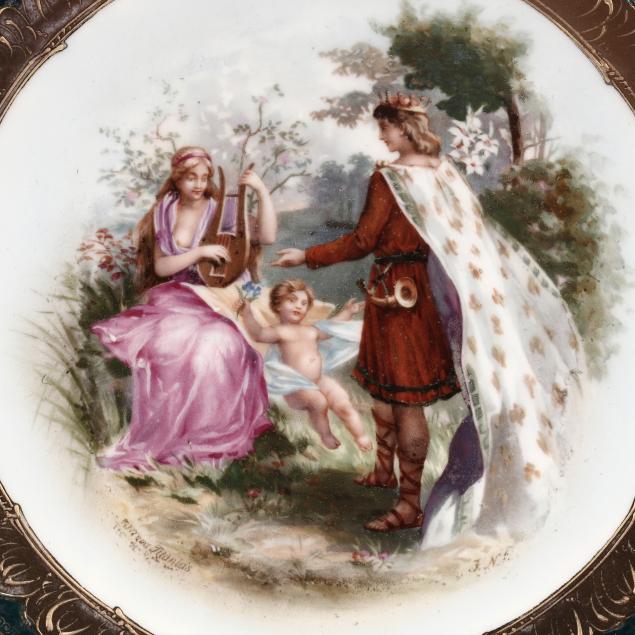 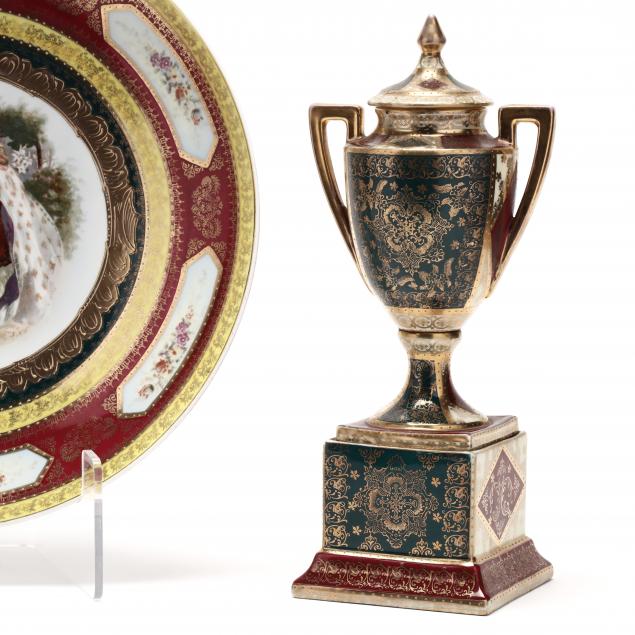 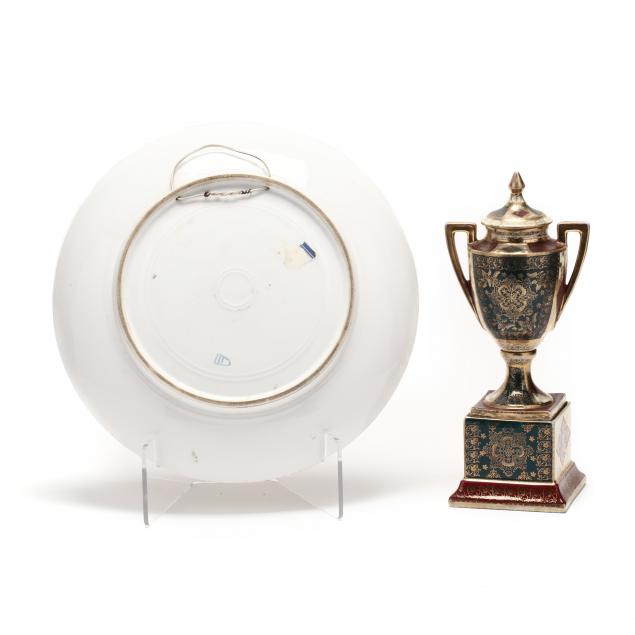 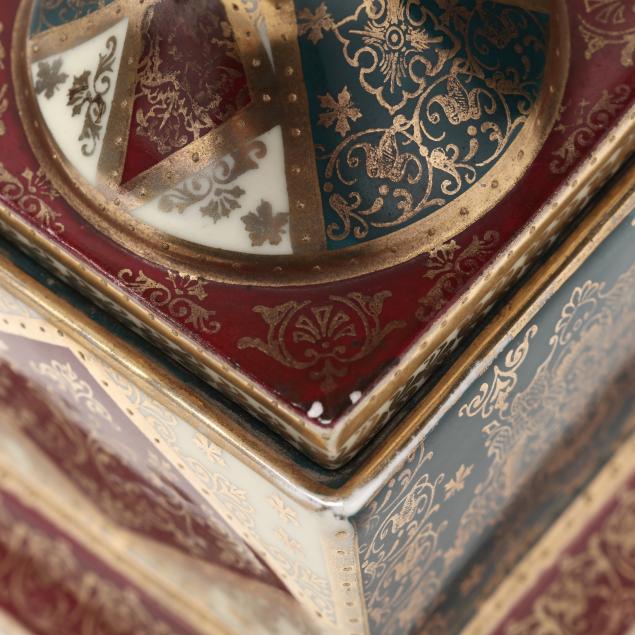 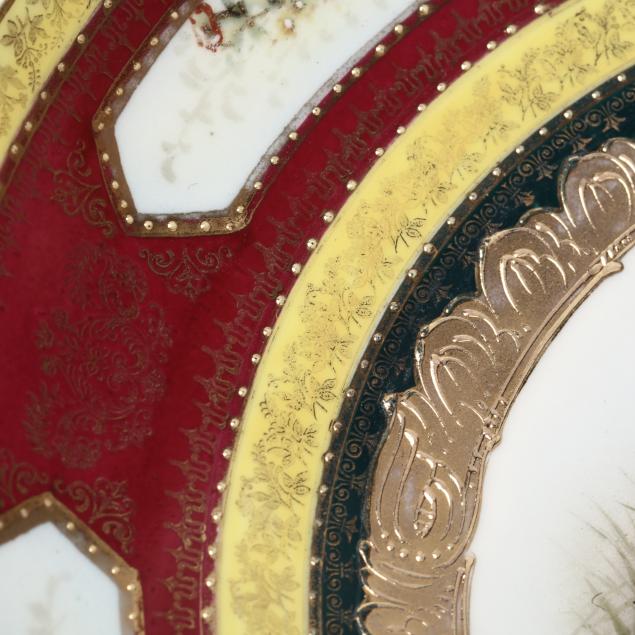 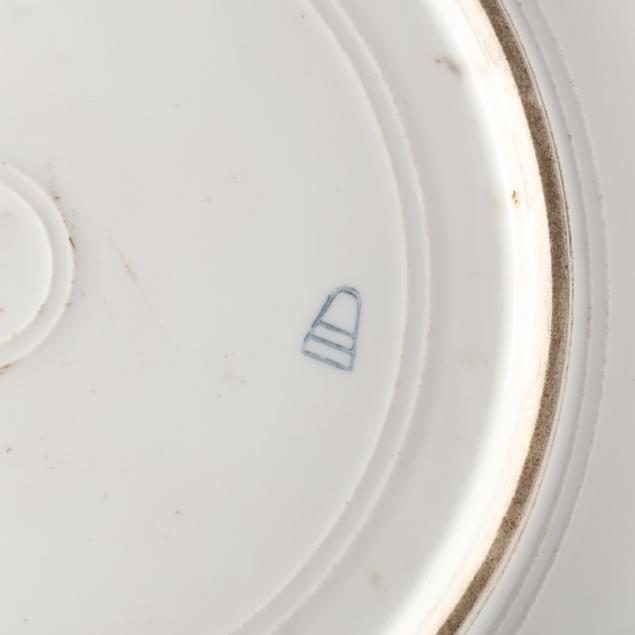 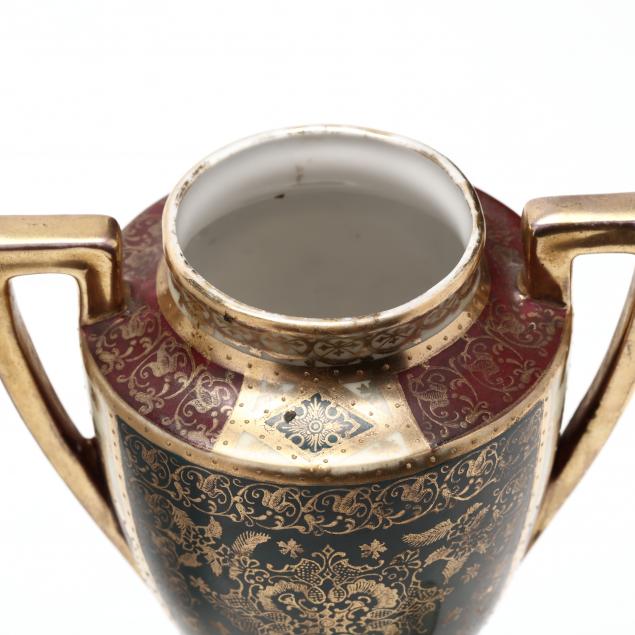 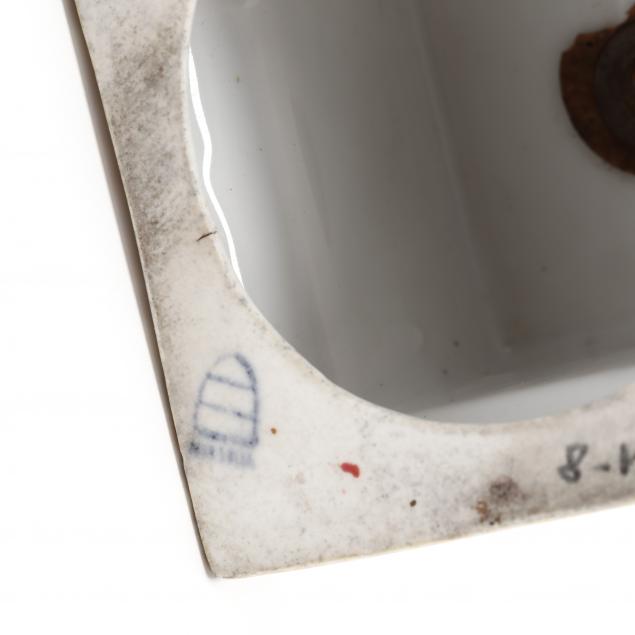 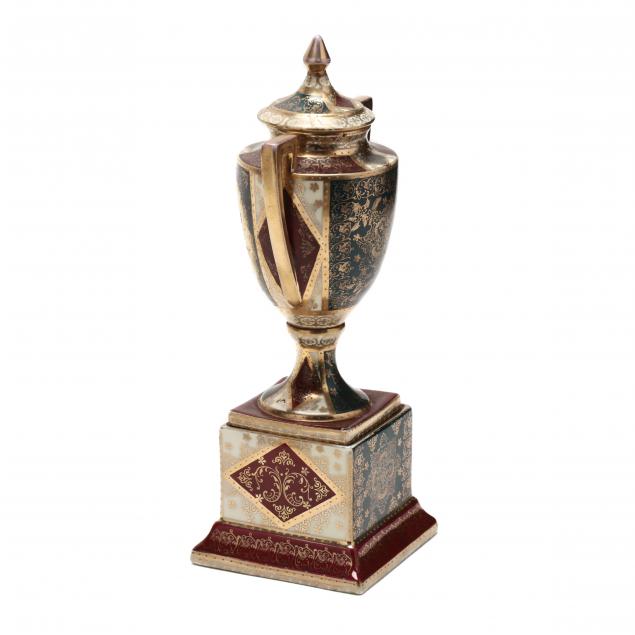