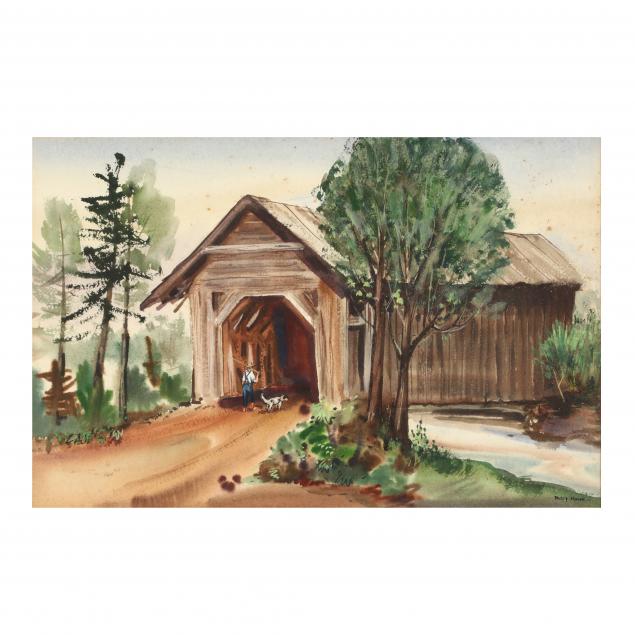 Born in Newton, NC, Philip Moose knew he wanted to be an artist from the age of ten. He went up to New York City in 1940 to study at the National Academy of Design. After serving in the army during WWII, Moose returned to North Carolina. He taught at Davidson College and Queens College during the 1950s and 1960s, before settling in Blowing and devoting his time to painting and traveling. Moose's paintings have been exhibited widely and are in numerous public collections including the Mint Museum in Charlotte, NC; the North Carolina Museum of Art in Raleigh; the Hickory Museum of Art in Hickory, NC; and the High Museum in Atlanta, GA.

Toning and scattered foxing to sheet. Not examined out of the frame. 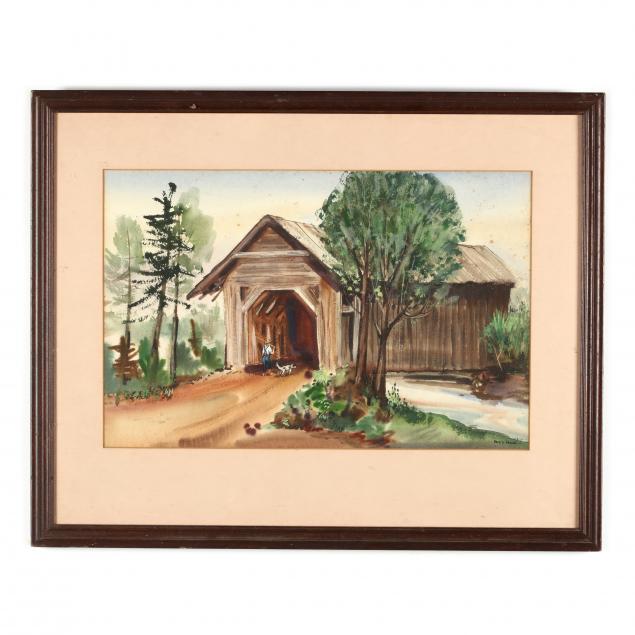 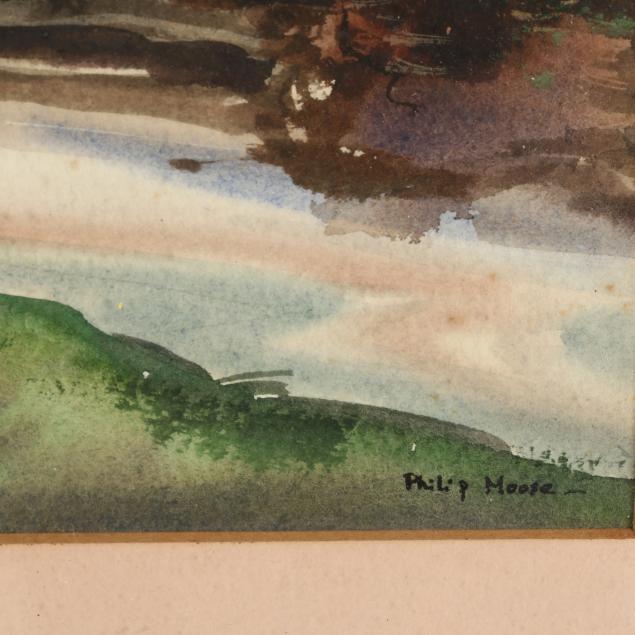 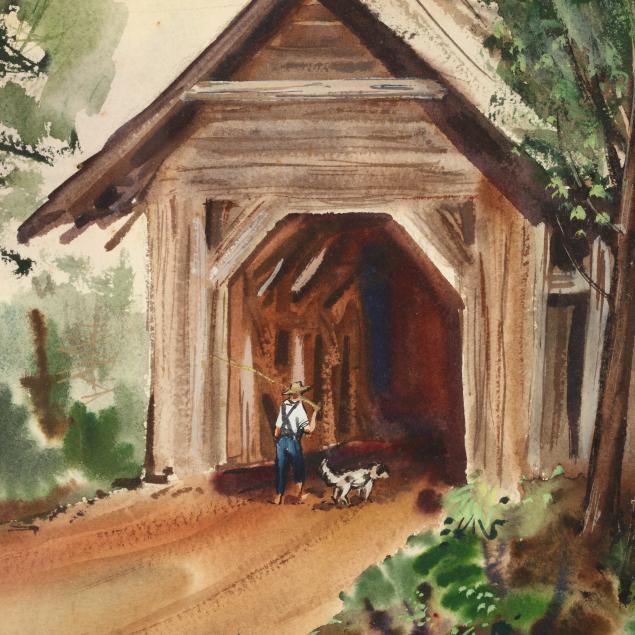 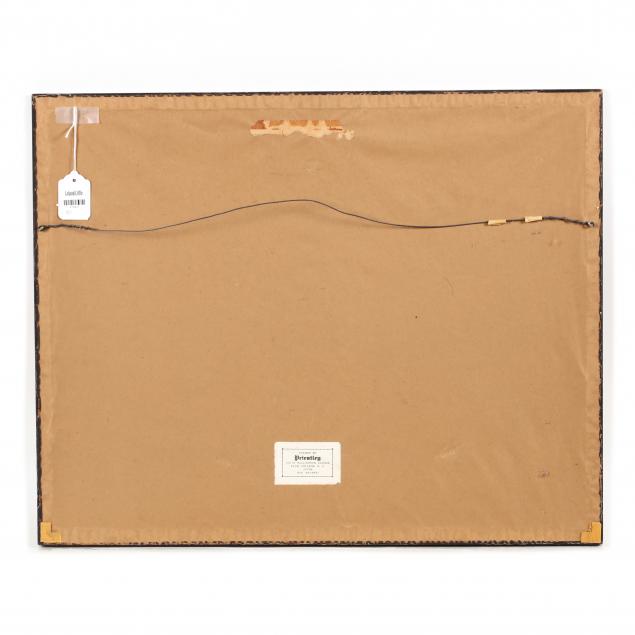