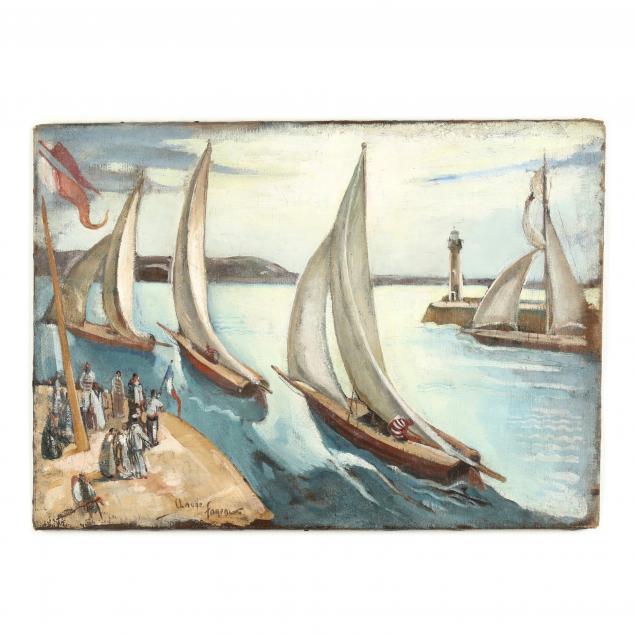 Claude is the son of painter Henri Foreau (1866 1938), and was a student at the Lycee Janson-de-Sailly and the Académie Julian. In 1957 he was named Knight of the Legion of Honour under Arts, and in 1967 received a medal of honor at the Salon of French Artists. His last exhibition was held at Reims with Paul Jouve in 1967. His work is known for depicting scenes of peasant fairs, Parisian scenes of daily life, as well as scenes from Basque country and sailing.

Scattered areas of light craquelure to surface, appears stable; not examined out of the frame. 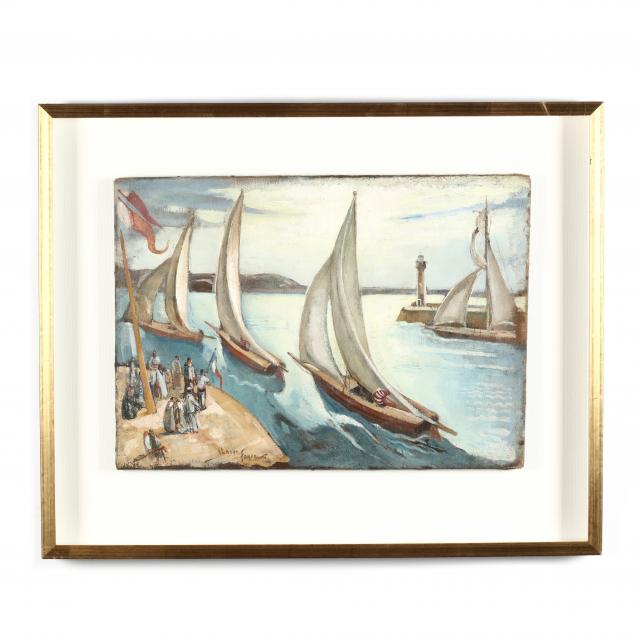 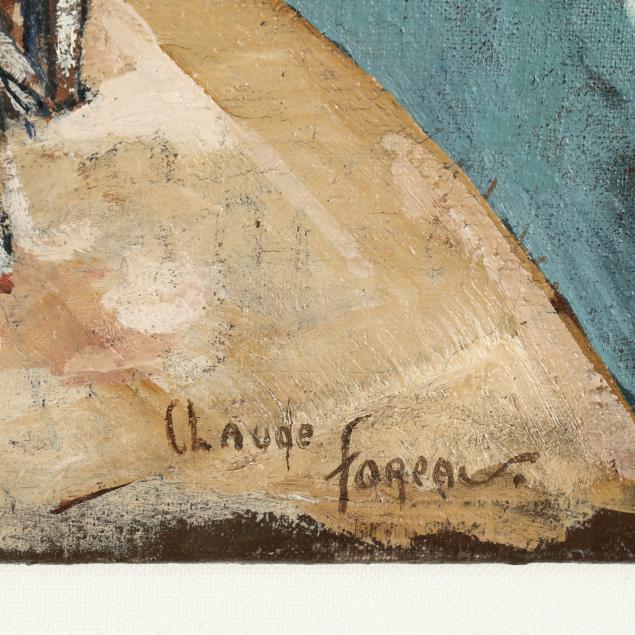 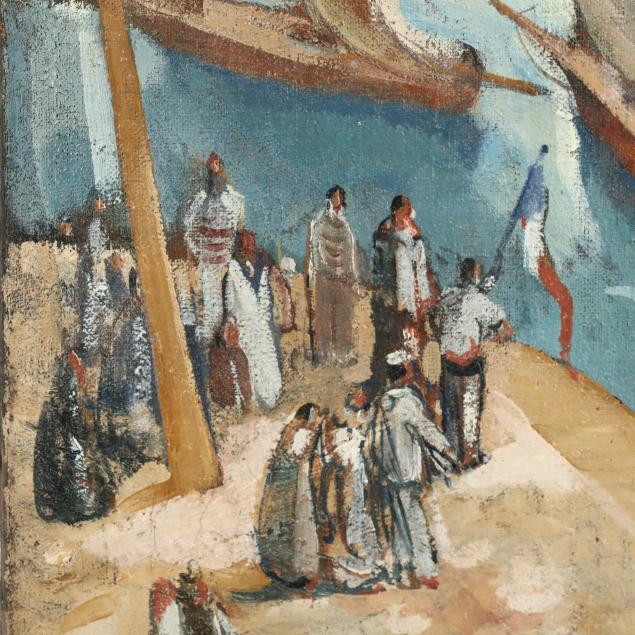 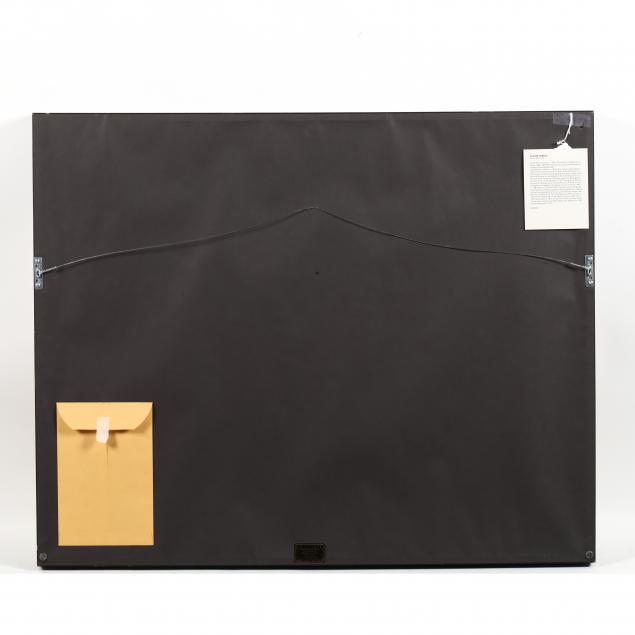 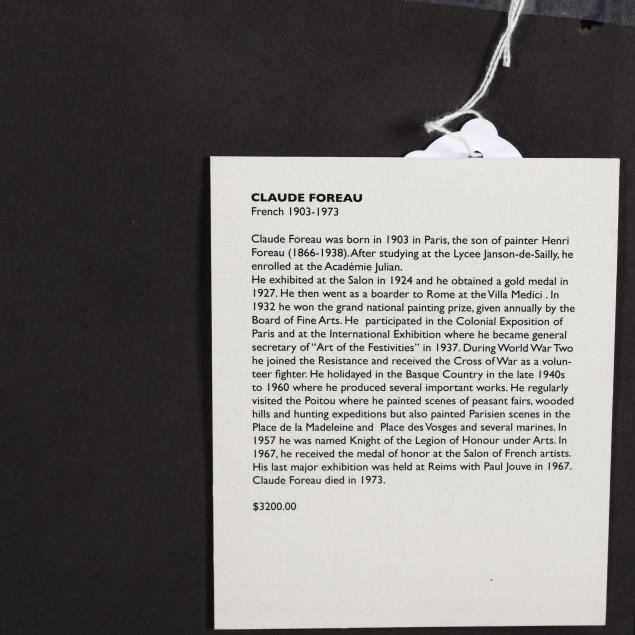