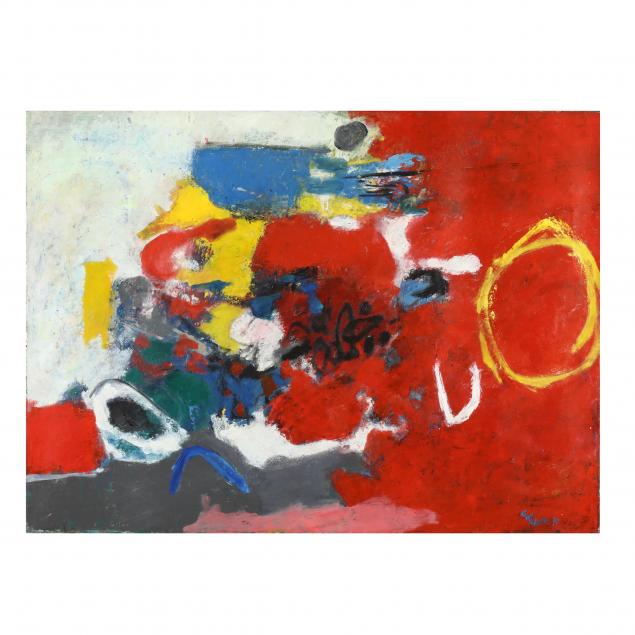 Goldkorn studied at the Academy of Fine Arts in Krakow, the Royal Academy in Brussels, and at the Royal Academy Arts in Antwerp. In 1940, the invasion of Belgium caused him to move to France. After 1955 his focus on the figure shifted toward abstract compositions.

Scattered stable craquelure, with small minor areas of paint loss to canvas edge, not examined out of the frame. 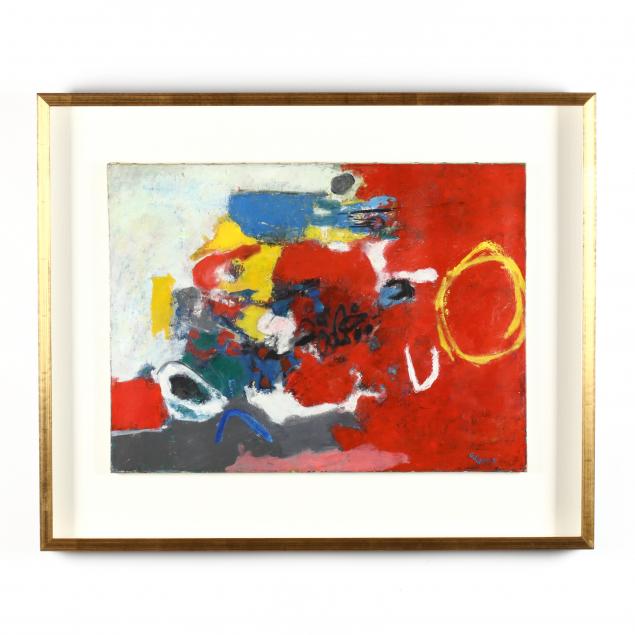 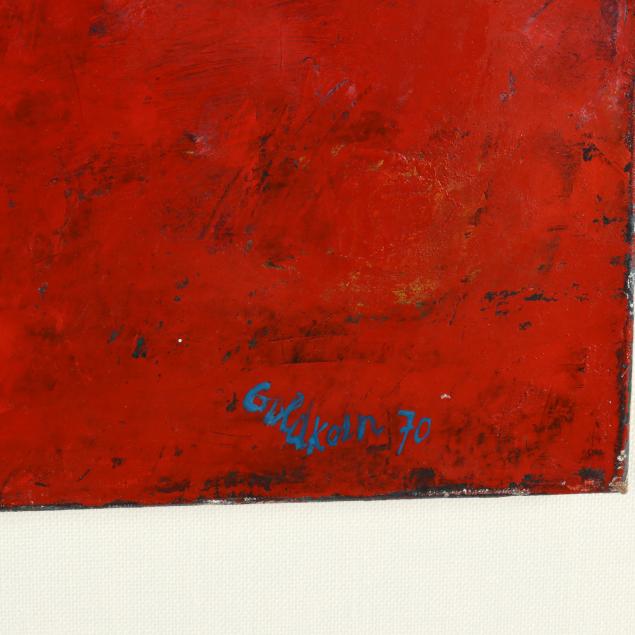 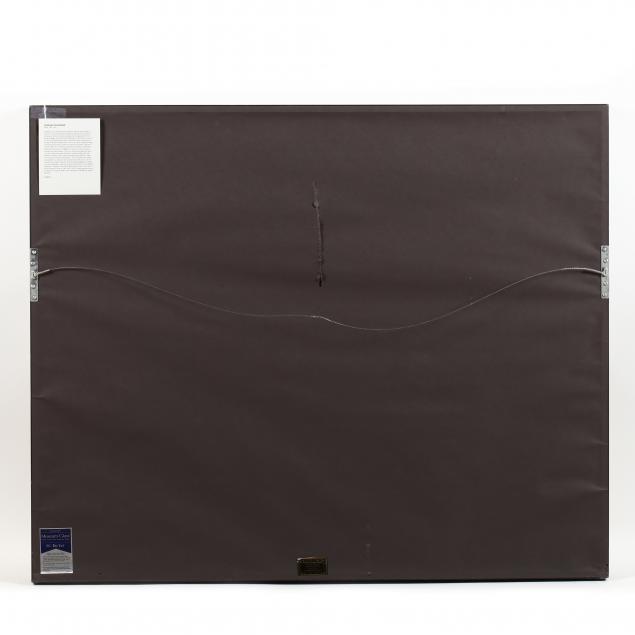 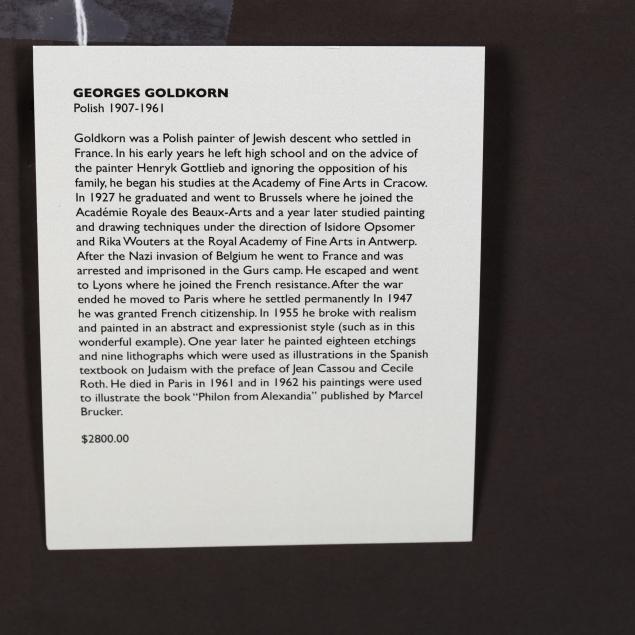