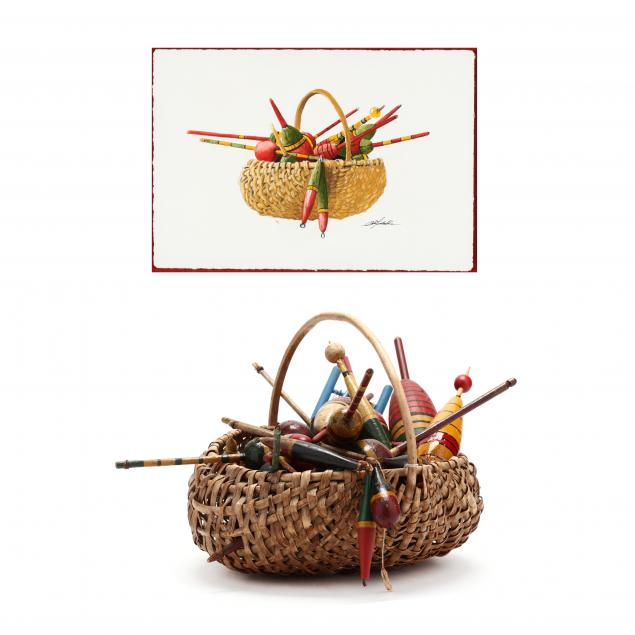 Watercolor in good estate condition. Average wear to bobbins and some breakage to basket. 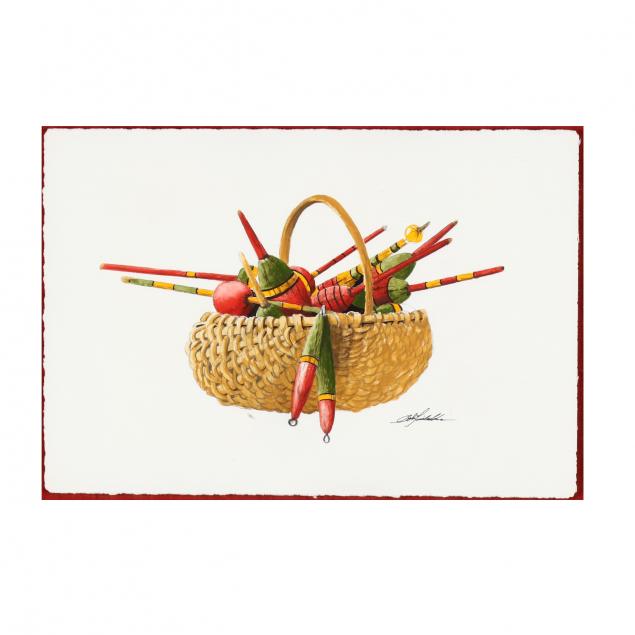 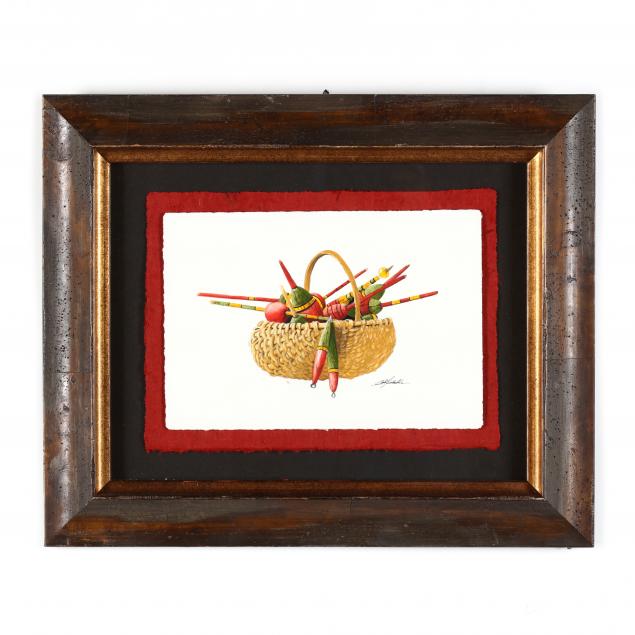 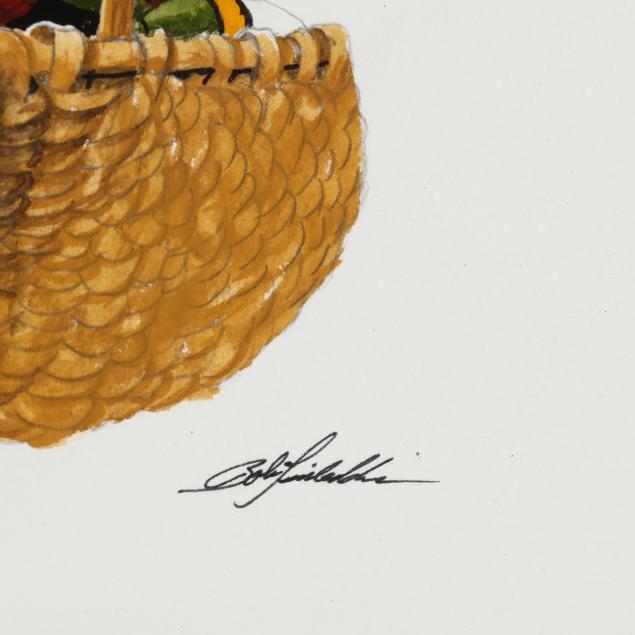 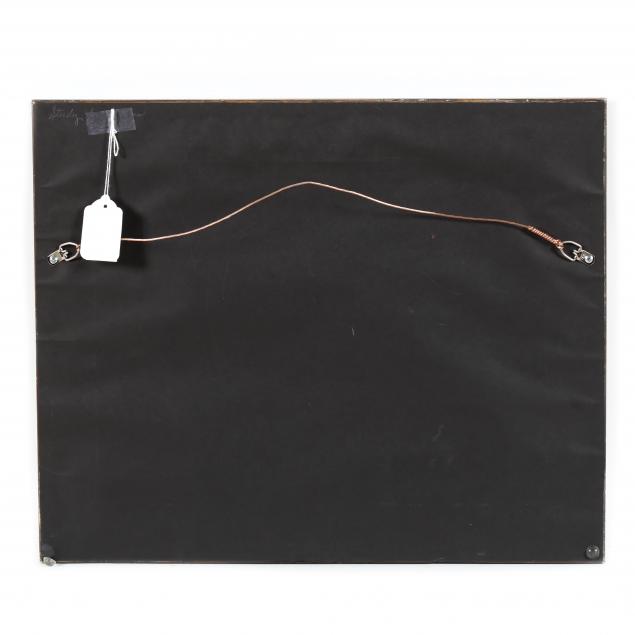 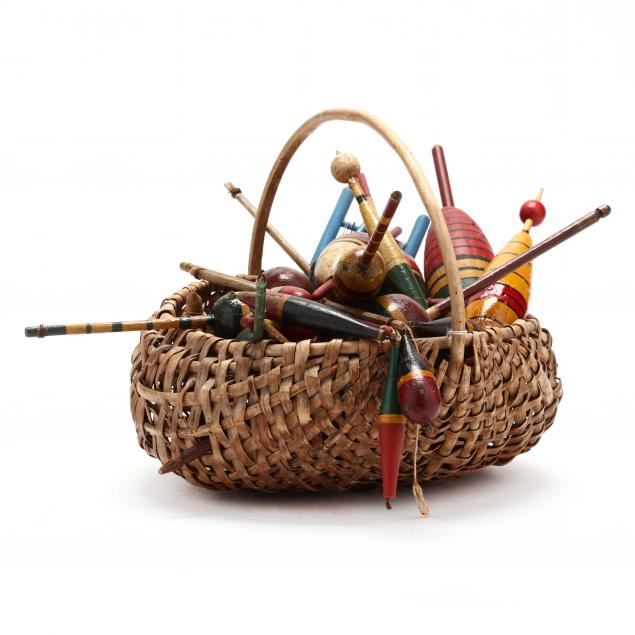 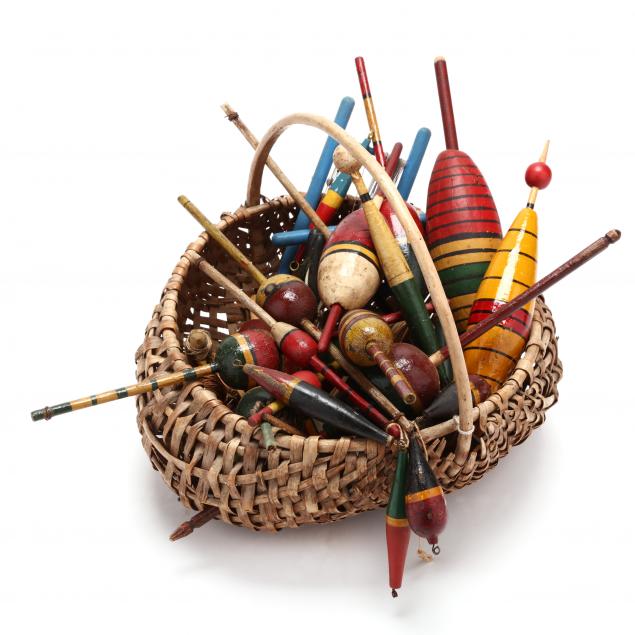 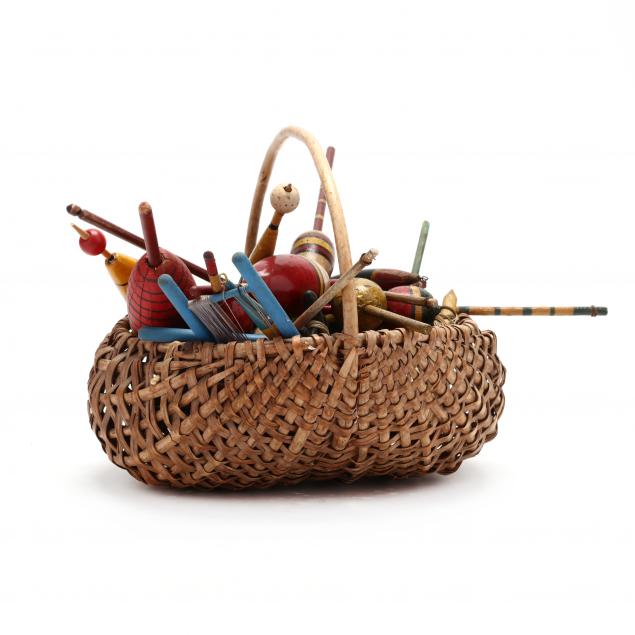