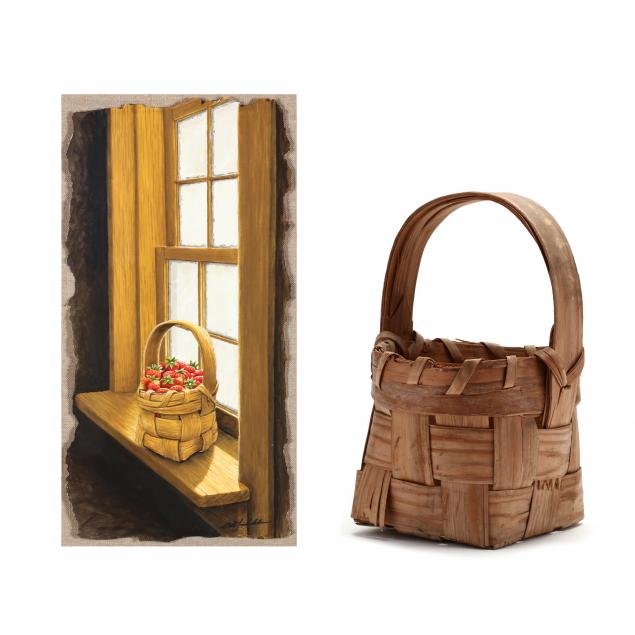 Lot 1177
Bob Timberlake (NC, b. 1937), Still Life of a Basket of Strawberries (with model)
Lot Details & Additional Photographs
Watercolor and ink on hand-made paper with deckle edge, signed at lower right, float mounted on linen backing, framed under glass (Sheet 15.5 x 8 in.; Frame dimensions 31 x 19.25 in.). Accompanied by the vintage hand-made split oak basket depicted in the still life painting. This was painted in the eastern facing upstairs window at Bob's studio.

Painting is in good estate condition. The basket with some mildewing and some breakage, consistent with age and usage. 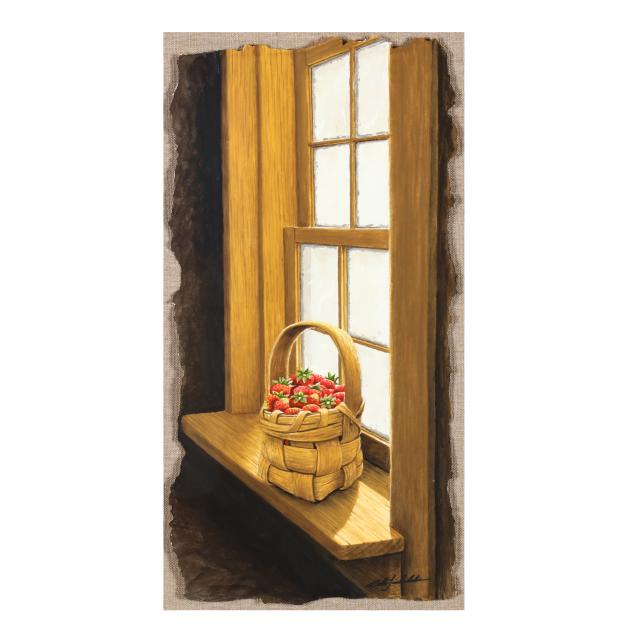 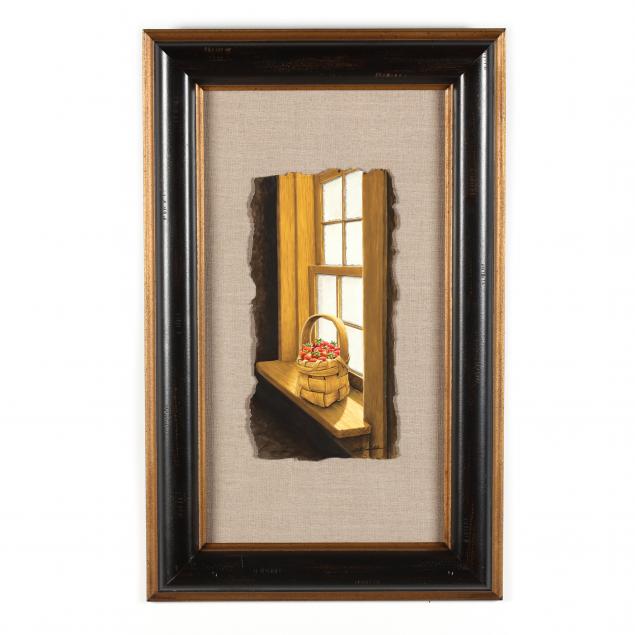 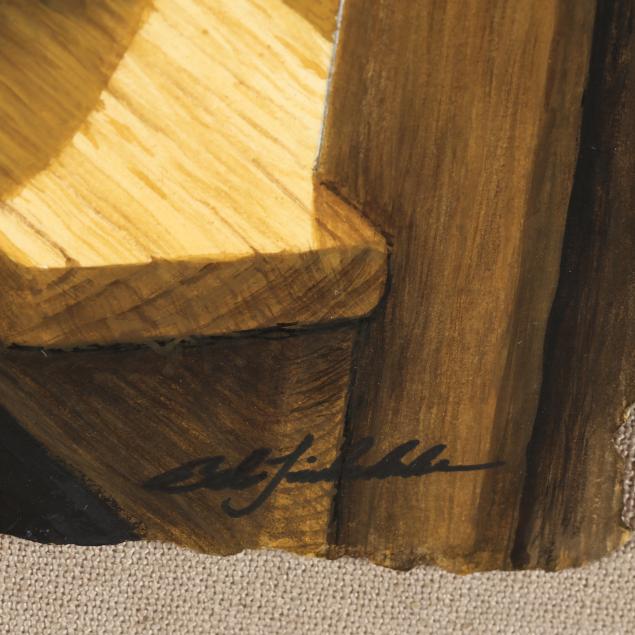 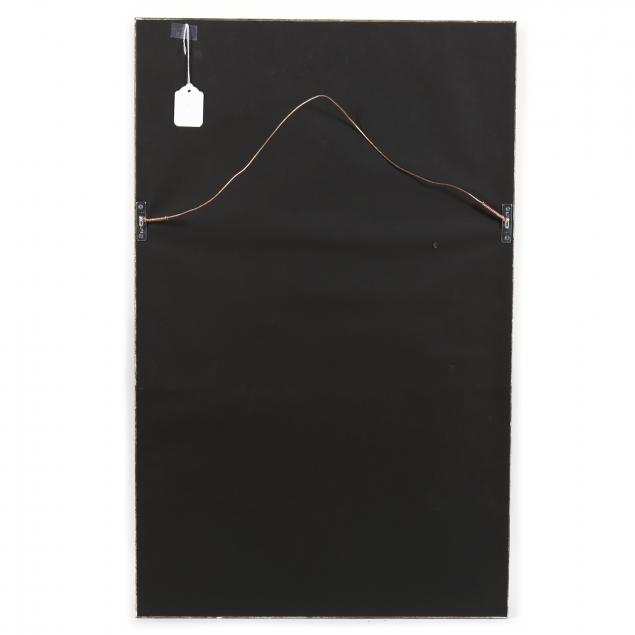 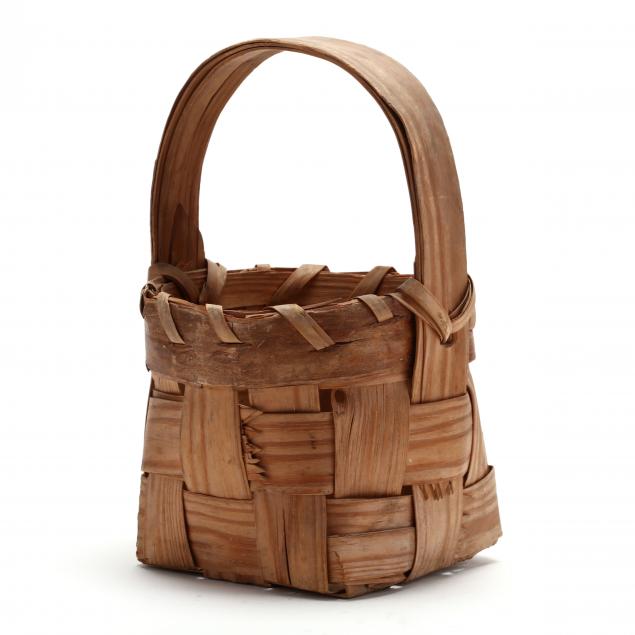 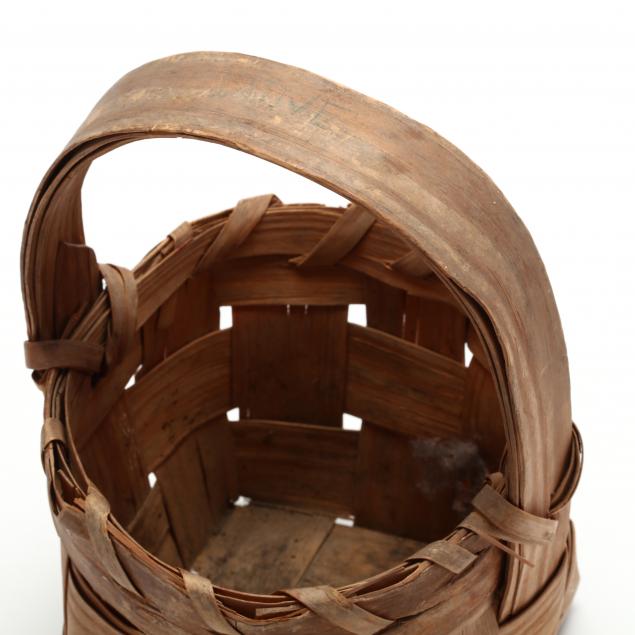 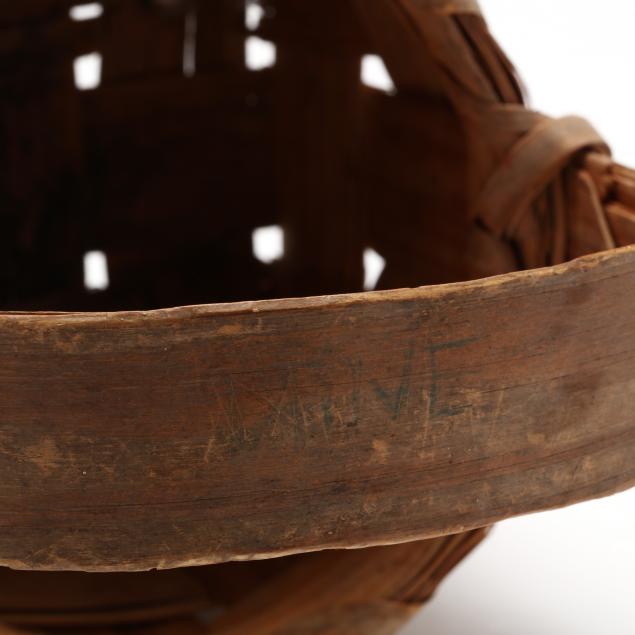 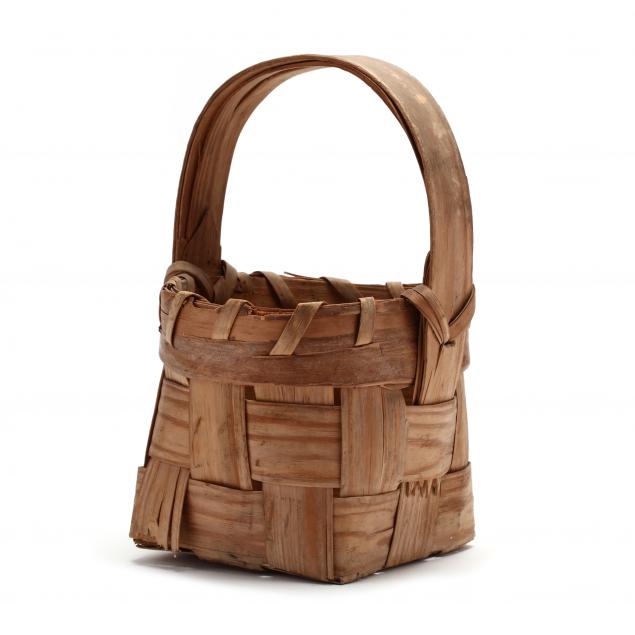 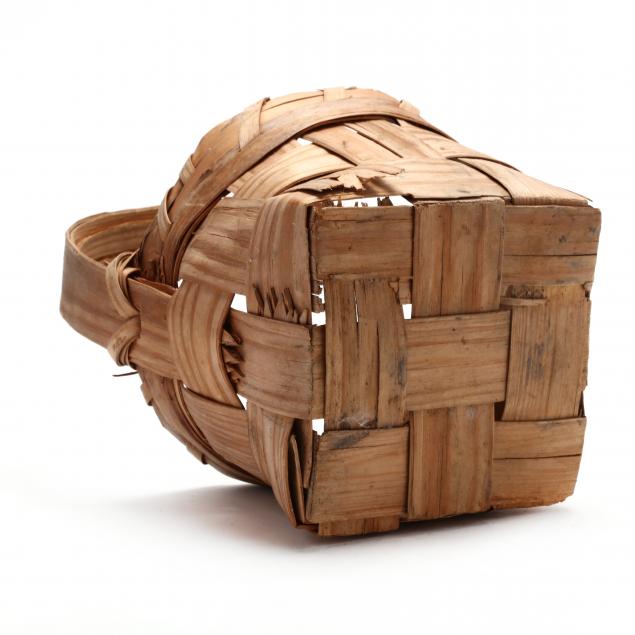