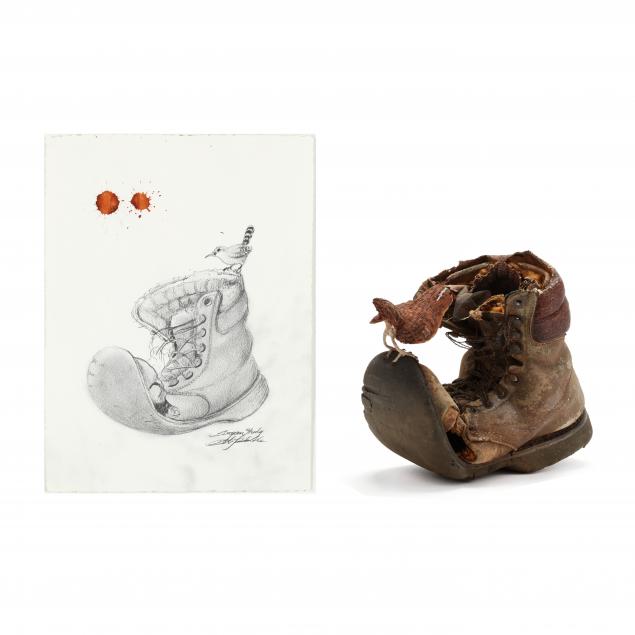 Lot 1231
Bob Timberlake (NC, b. 1937), Brogan Study (with model)
Lot Details & Additional Photographs
Graphite, charcoal and watercolor splashes on hand-made paper with deckle edge, signed and titled at lower right, float mounted on cream linen and framed under glass (Sheet 12 x 9 in.; Frame dimensions 20 x 16 in.). Sold with the old boot used for the study, upon which a carved and painted NC wren and house mouse perch. The two carvings by Charles Myers.

Charles Myers, a wood carver from Davidson County, North Carolina is a special friend of Bob. Myers can create finely carved birds and animals that have appeared in Bob's paintings and accessories. 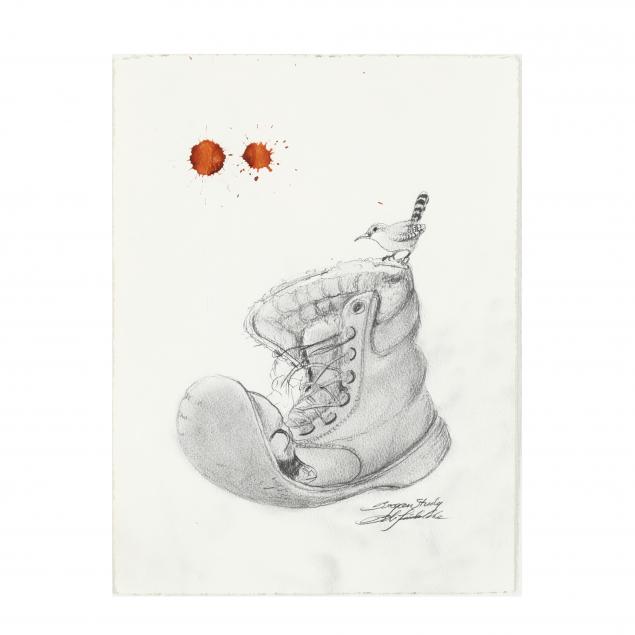 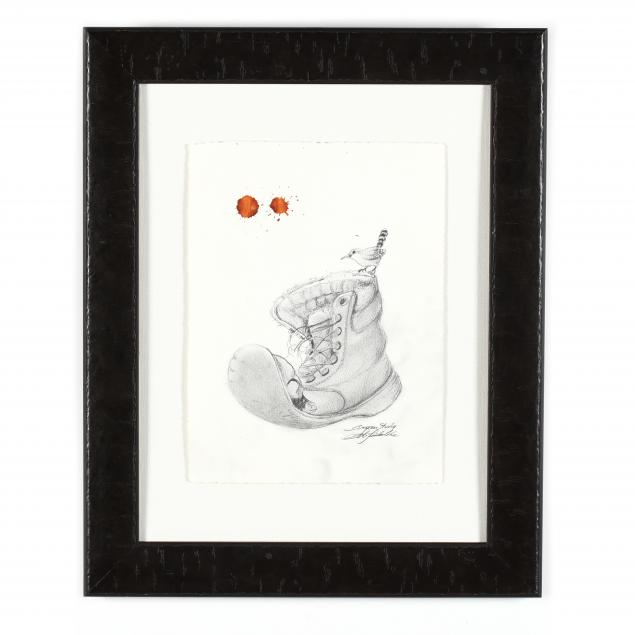 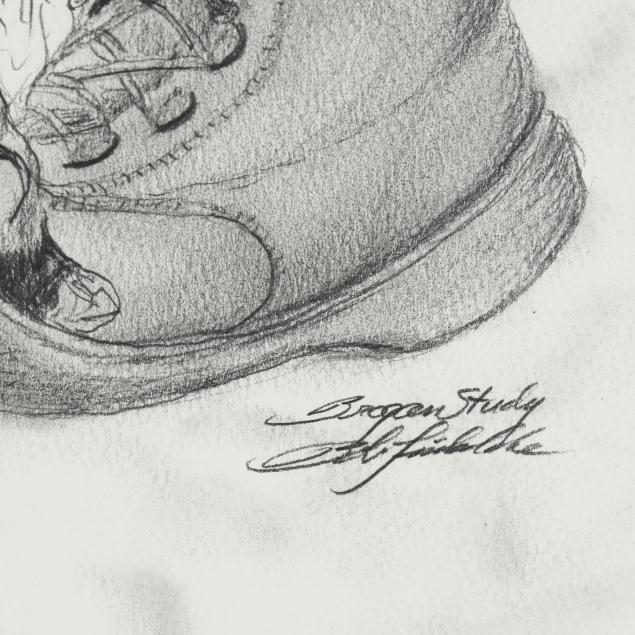 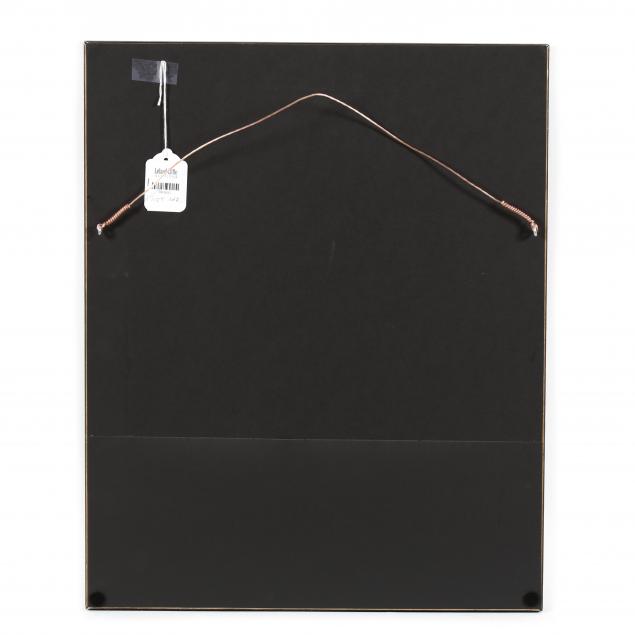 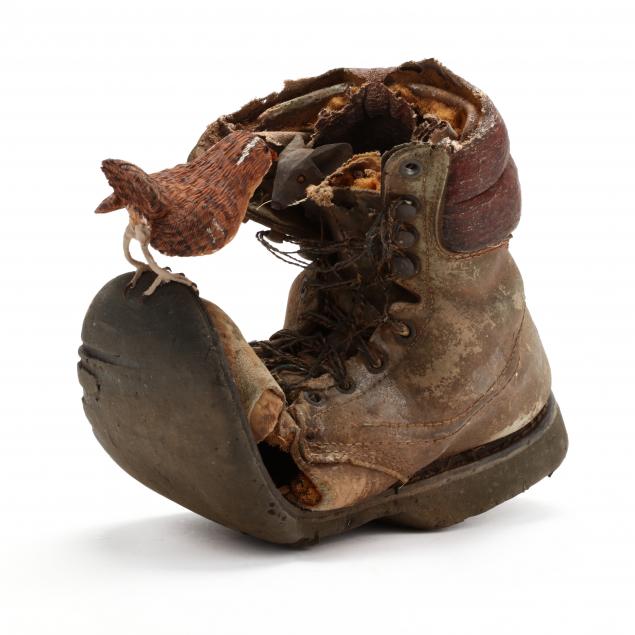 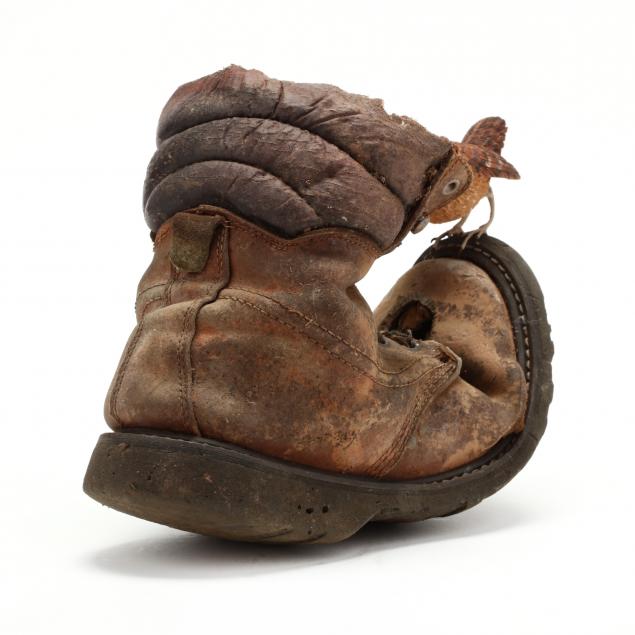 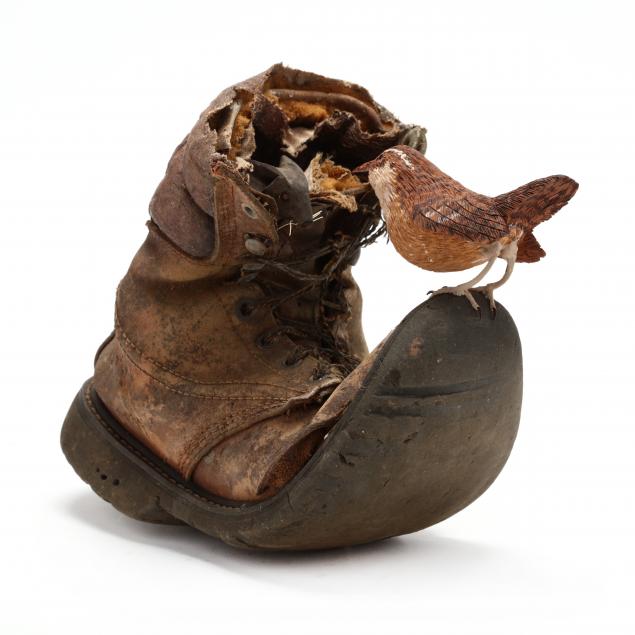 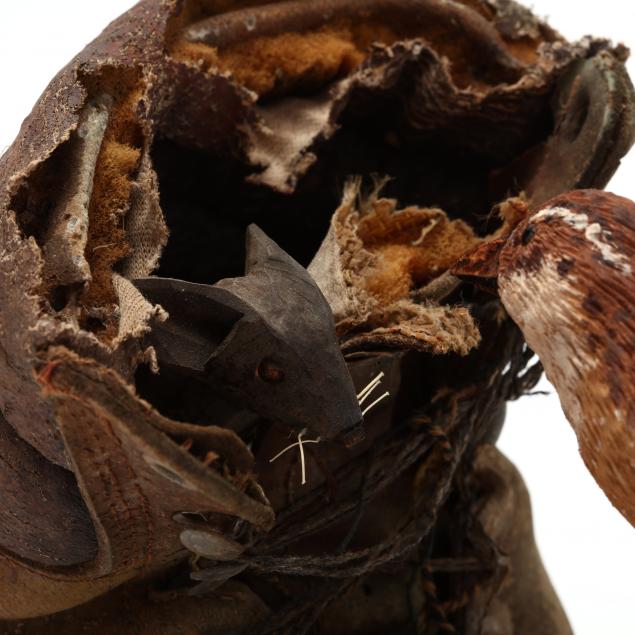