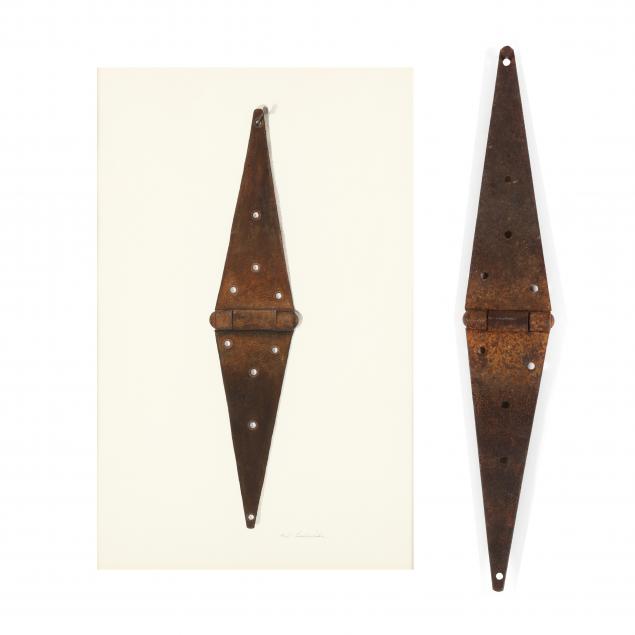 Lot 1262
Bob Timberlake (NC, b. 1937), Hinge Study (with model)
Lot Details & Additional Photographs
Mixed media on paper, signed at lower right, matted and framed under glass, inscribed on the verso and retaining the original charity auction label to verso (Sight size 21.25 x 14 in.; Frame dimensions 30.25 x 22.25 in.). Accompanied by the antique iron hinge used as a model for the work. 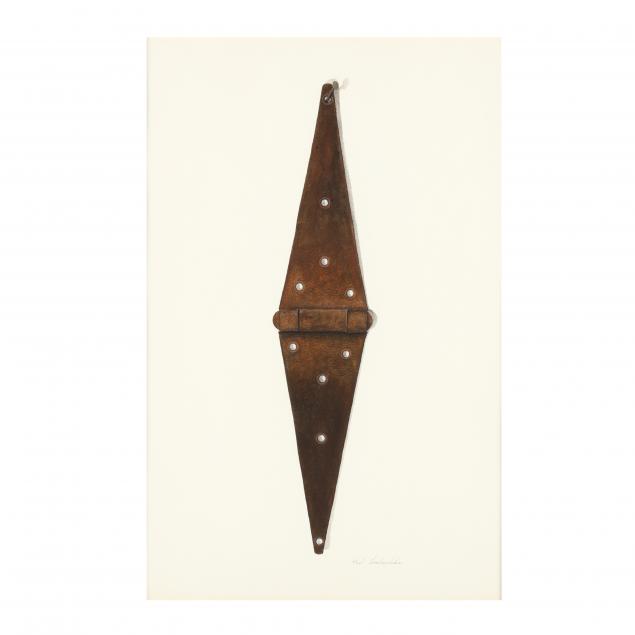 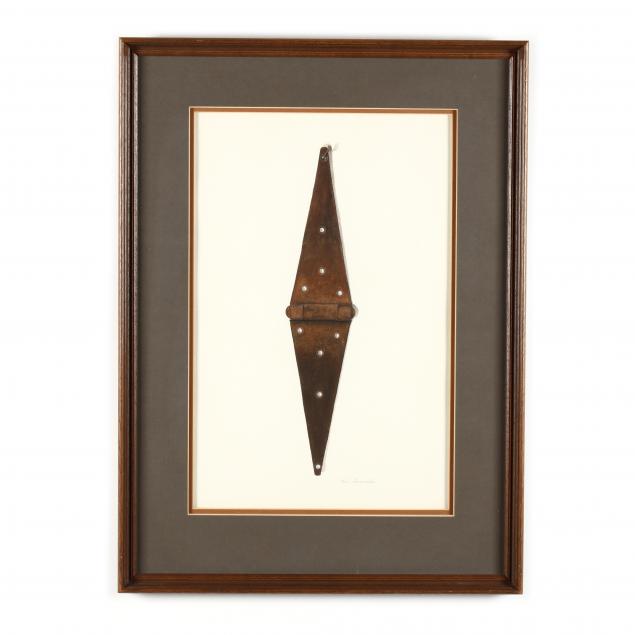 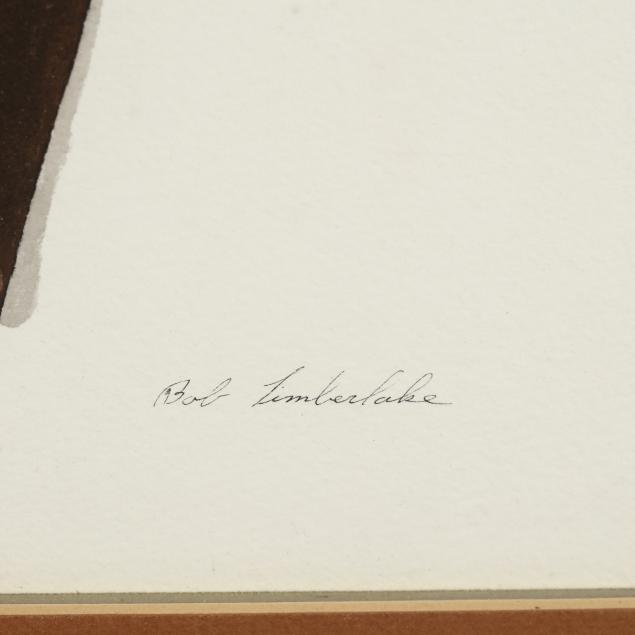 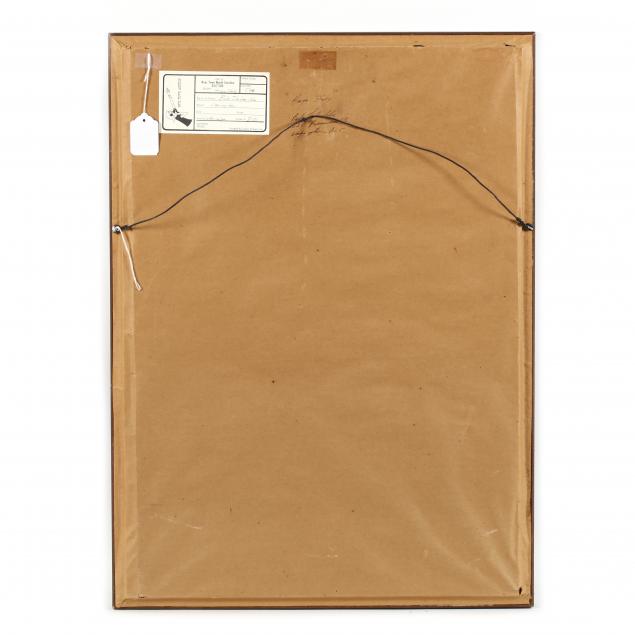 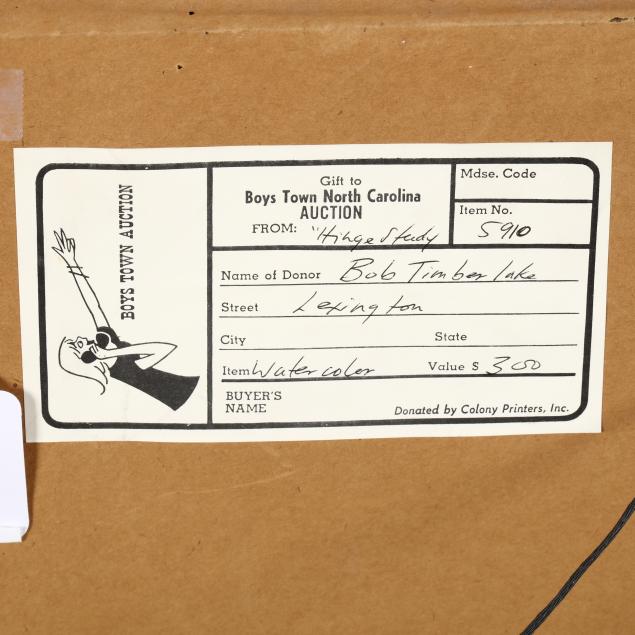 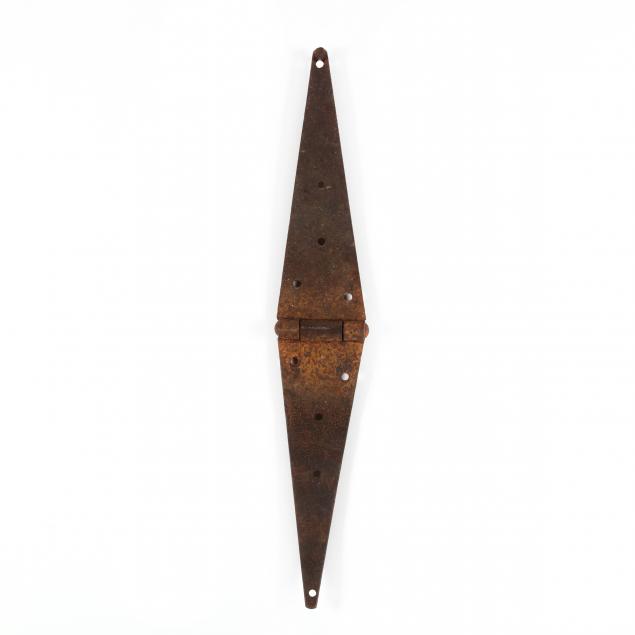 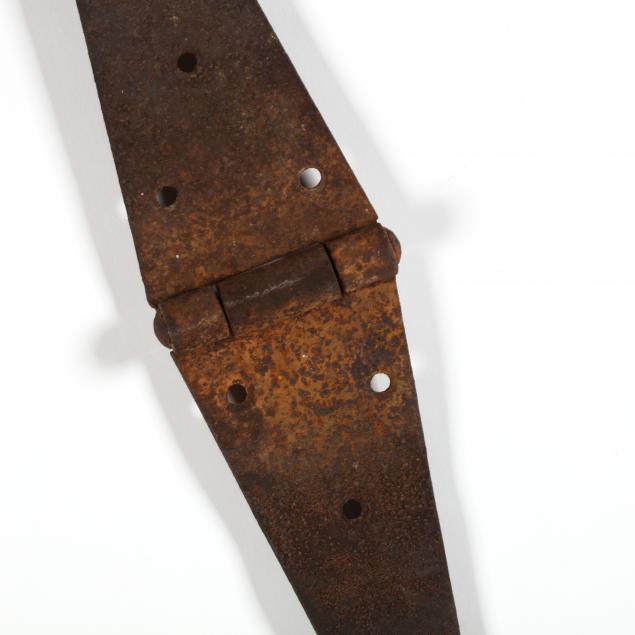 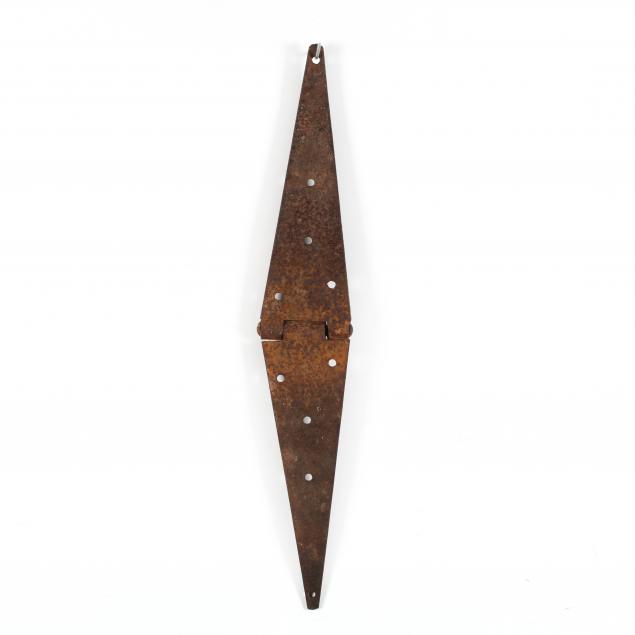