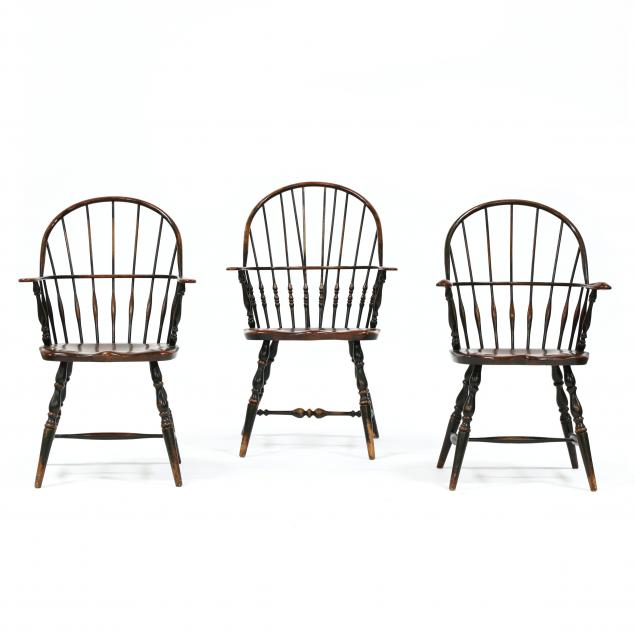 Lot 1142
Bob Timberlake Studio, Three Windsor Armchairs
Lot Details & Additional Photographs
Late 20th century, oak, to include a near pair with bentwood crest rail, seven spindle back with a saddle seat, turned legs and stretcher base with a distressed finish; along with a brace back armchair with eight spindles, saddle seat, turned legs, on stretcher, two signed.

Good condition; brace back with hairline cracks to knuckle; some minor surface wear. 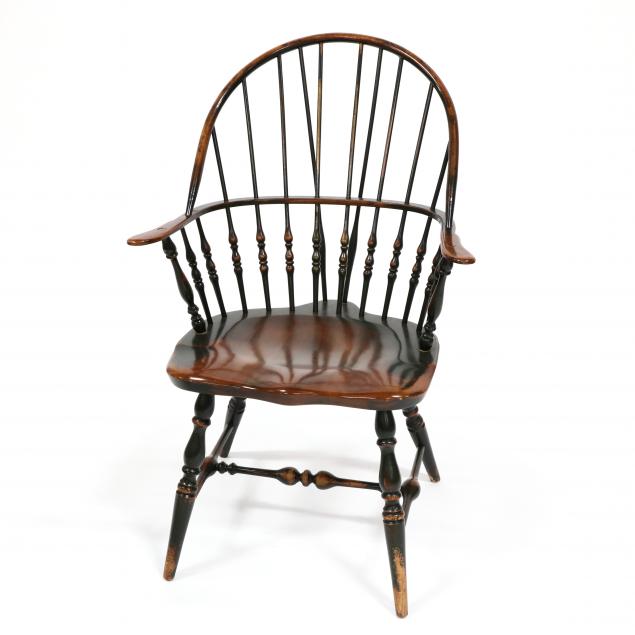 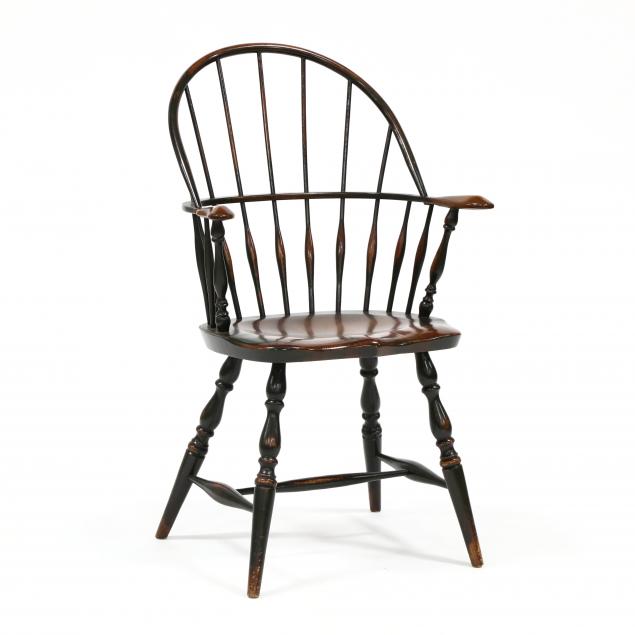 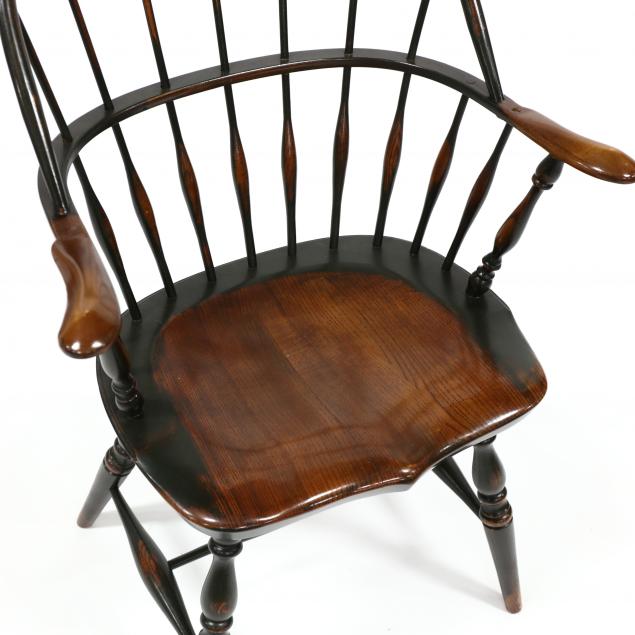 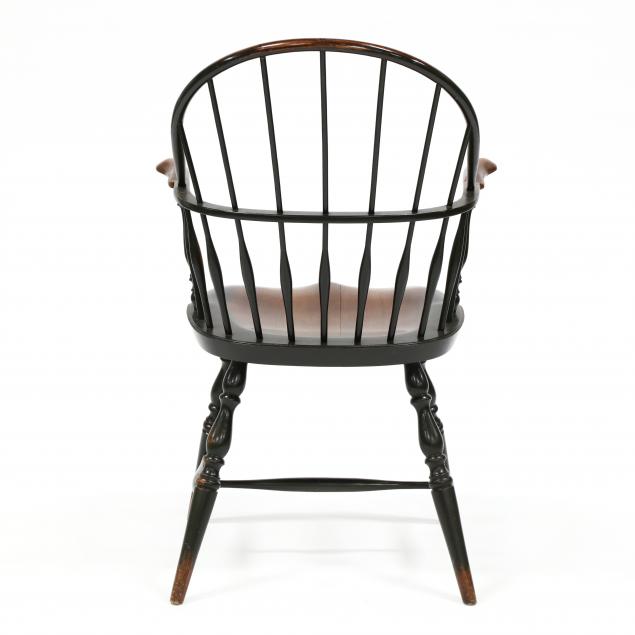 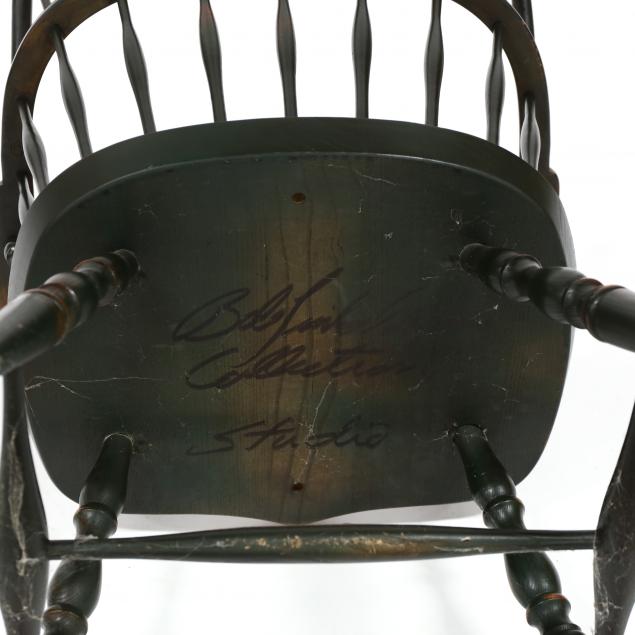