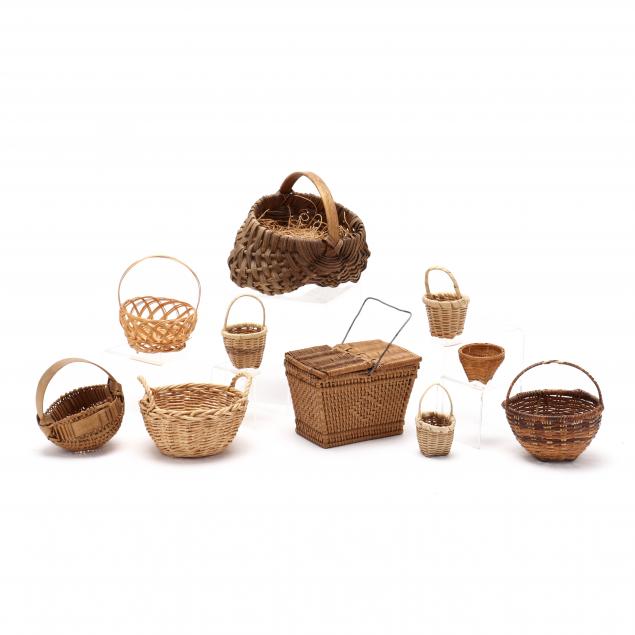 Several of these baskets have been featured in paintings by Bob Timberlake.

Small round bottom basket with breaks, others good condition. 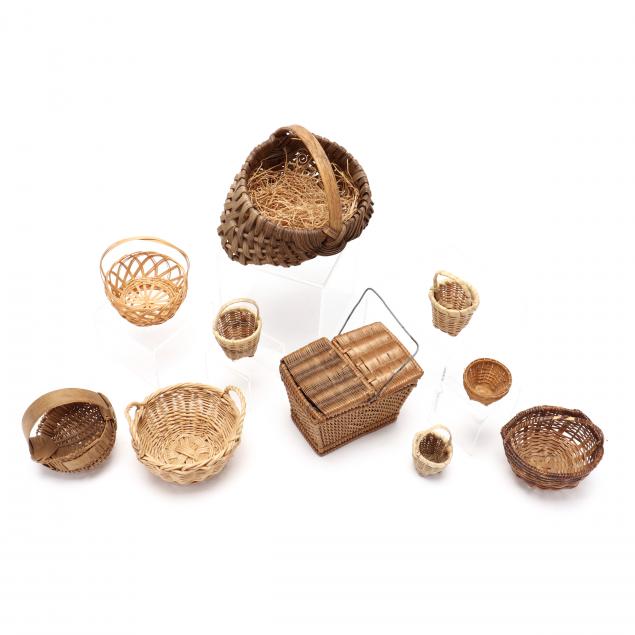 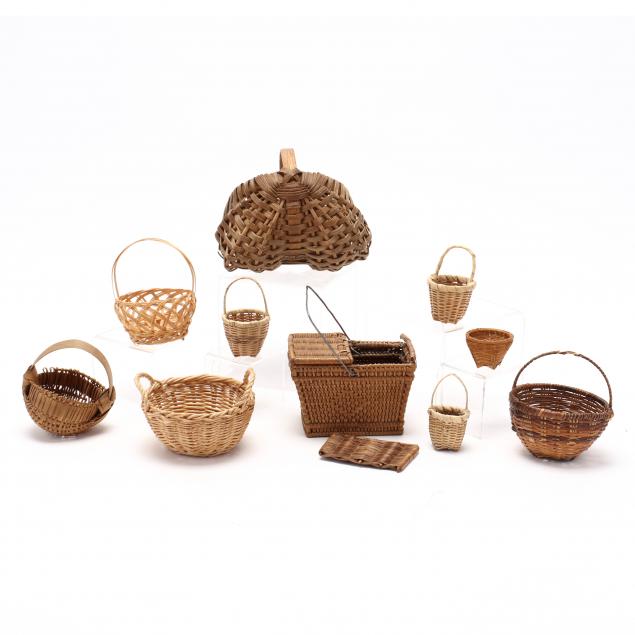 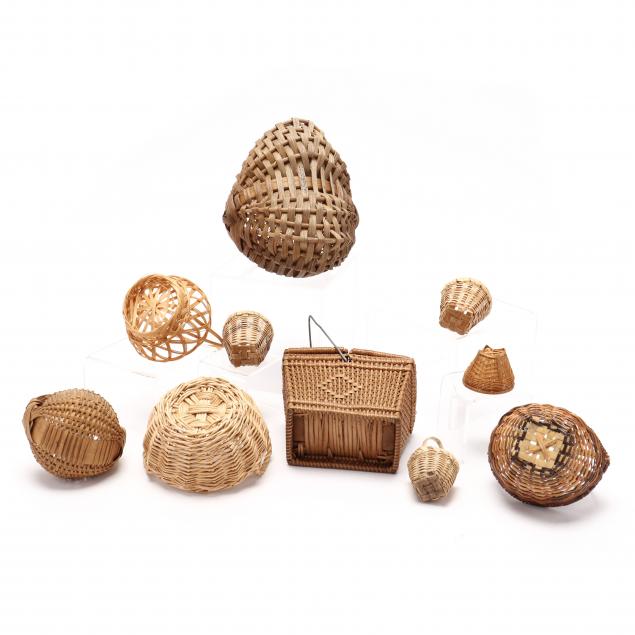 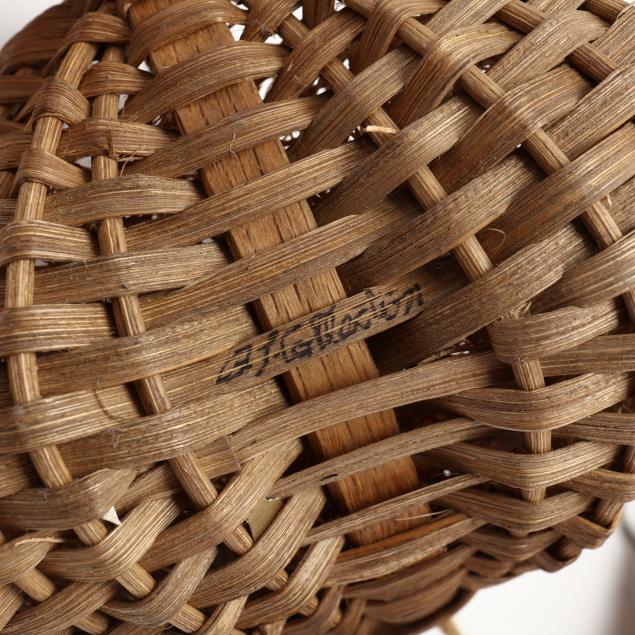