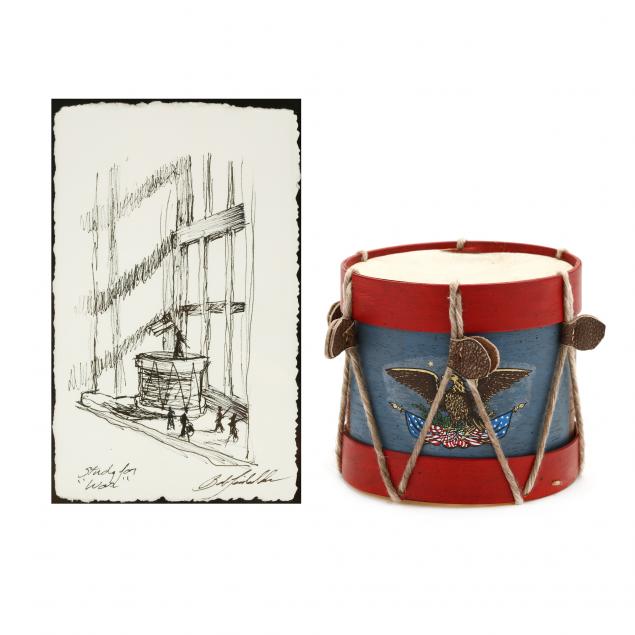 Lot 1176
Bob Timberlake (NC, b. 1937), Study for Window War (with model)
Lot Details & Additional Photographs
Ink on wove hand-made paper with deckle edge, signed and inscribed, float mounted and framed under glass (Sheet 5.5 x 3 3/8 in.; Frame dimensions 12.5 x 10.5 in.). Accompanied by a small painted prop drum with American Eagle decal to front (4 x 4.5 in. diameter). This was painted in the western upstairs window at Bob's studio. 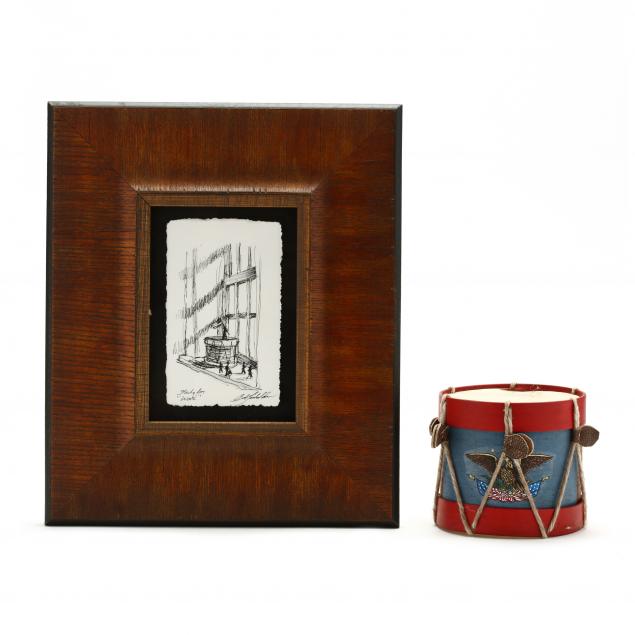 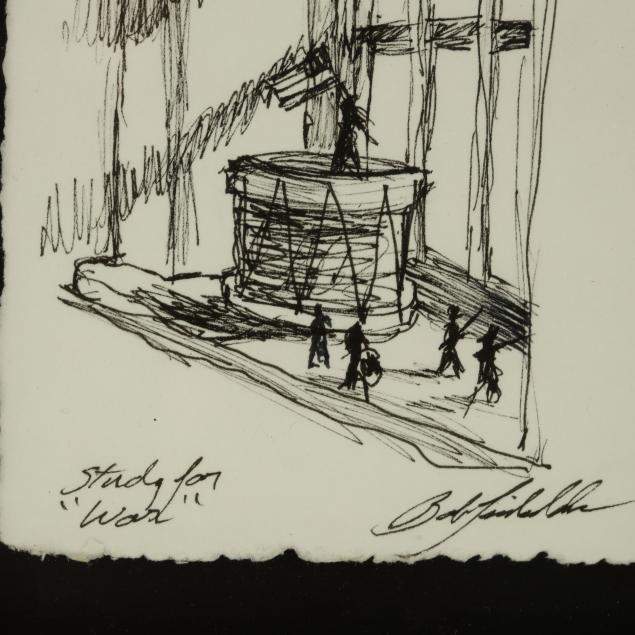 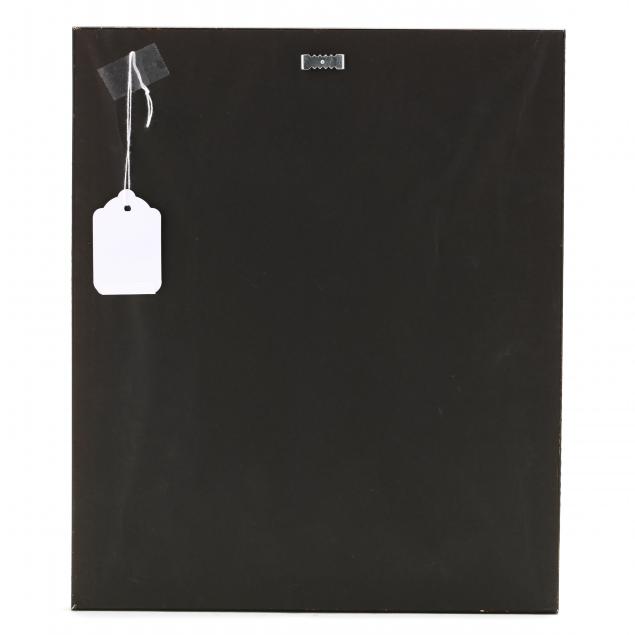 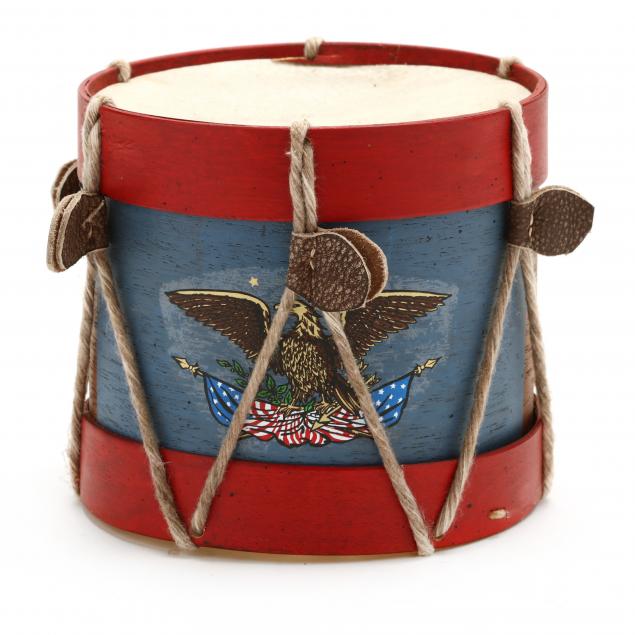 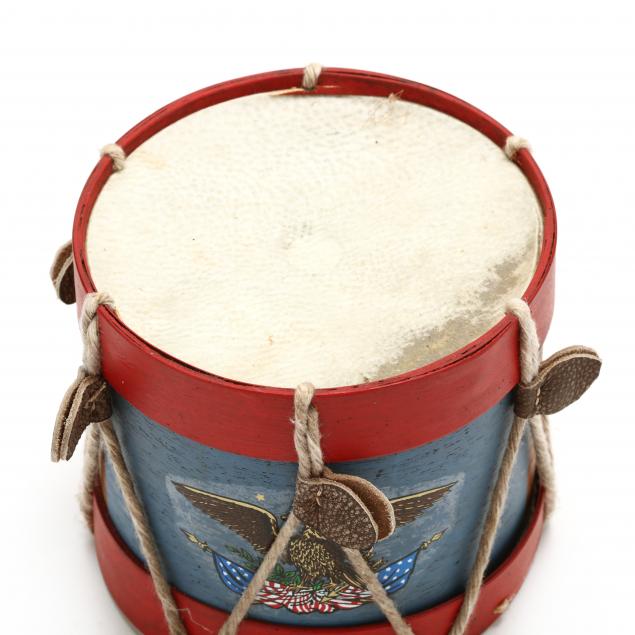 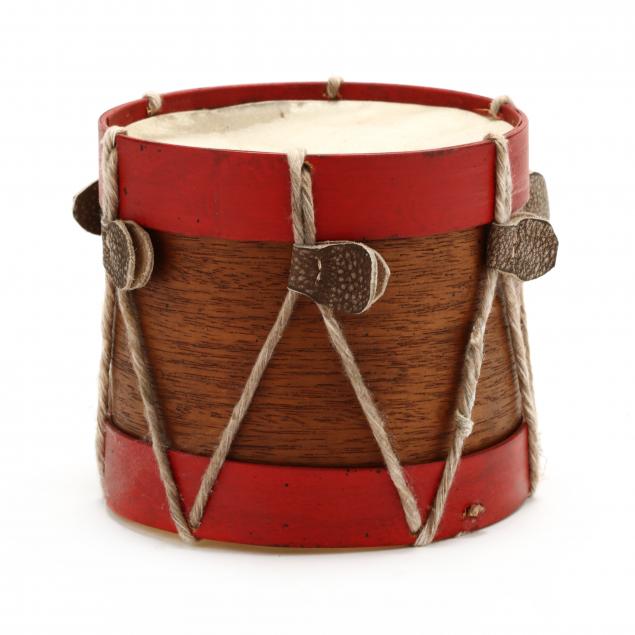 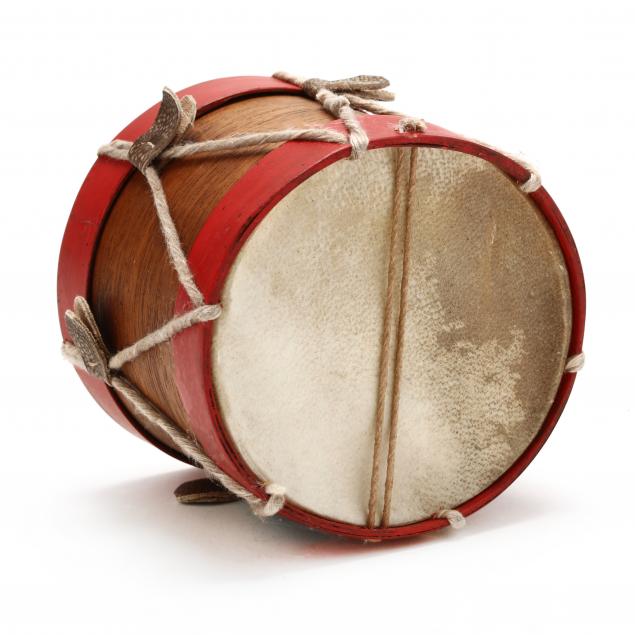