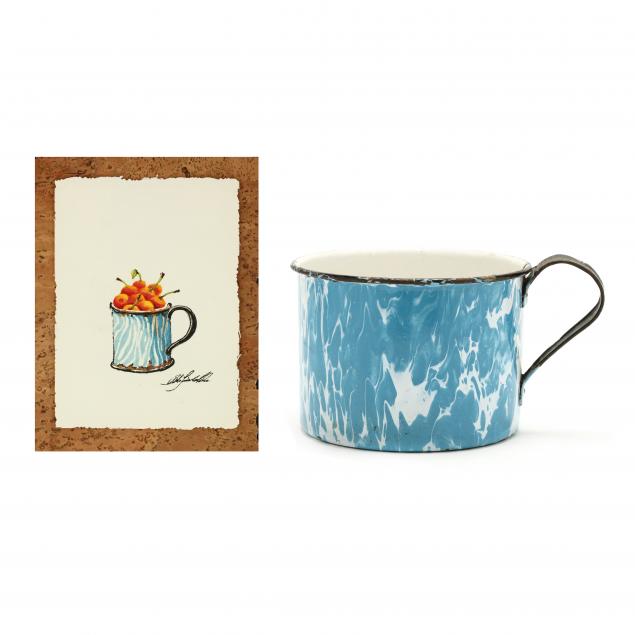 Lot 1232
Bob Timberlake (NC, b. 1937), Cherries in Agateware Cup (with model)
Lot Details & Additional Photographs
Watercolor and ink on hand-made paper with deckle edge, signed at lower right, signed on the verso, attractively presented floating on a cork sheet and framed under glass (Sheet 5.25 x 4 in.; Frame dimensions 14 x 11.75 in.). Accompanied by an antique agateware mug, which served as a model for the drawing, signed, labeled and stamped on the underside as from "Bob Timberlake Collection" (4.5 in.).

Watercolor is in good condition - not examined out of the frame. The cup shows evidence of wear, commensurate with age and use. 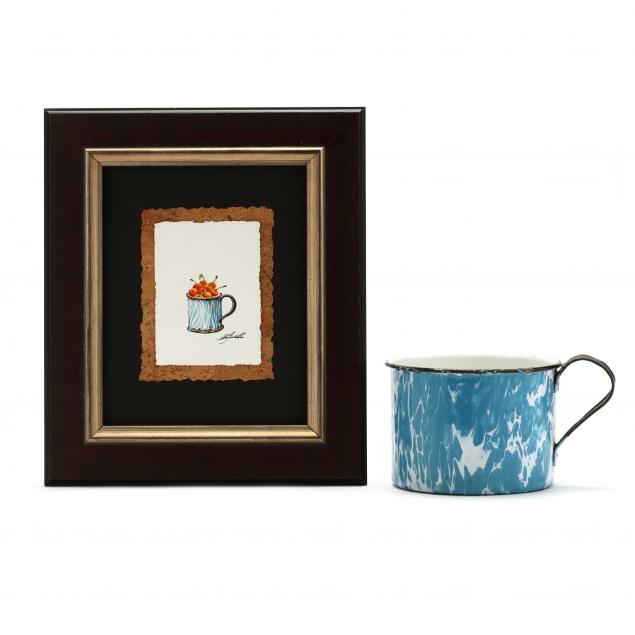 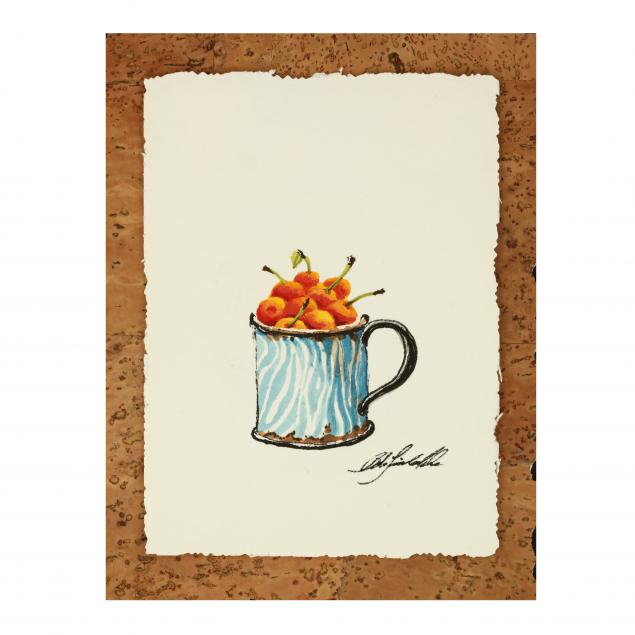 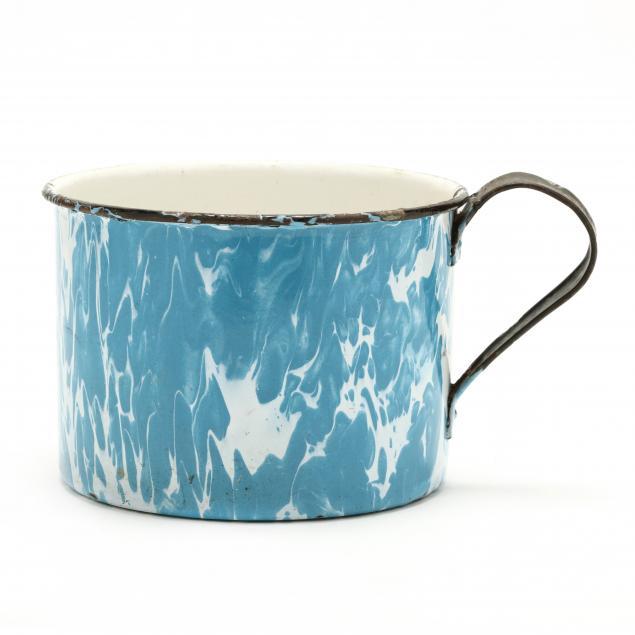 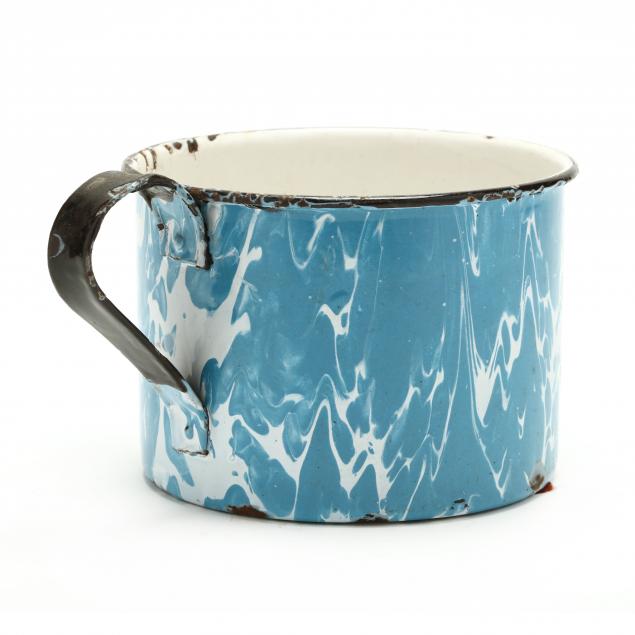 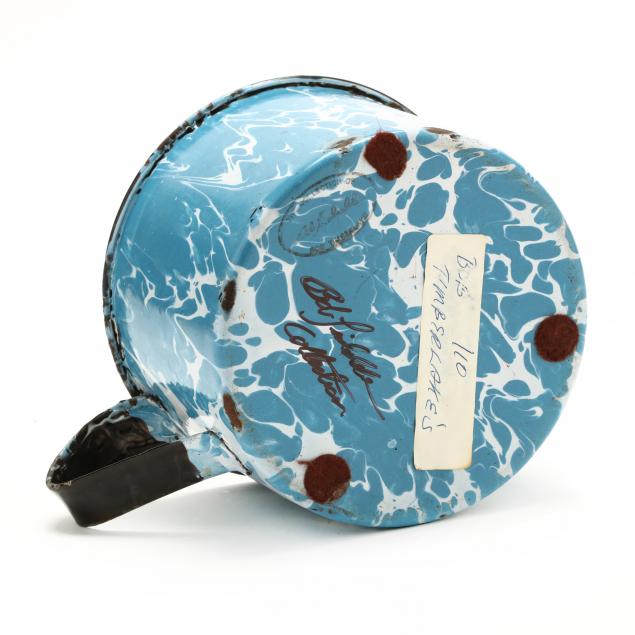