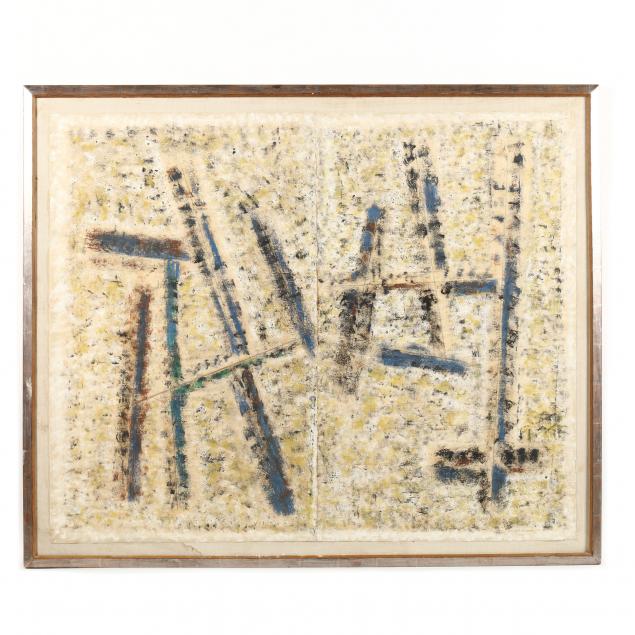 Born in Williamston, NC, Moore moved with her family to Winston-Salem in 1936. She received her bachelor's degree from Salem College and then studied at Black Mountain College with Josef Albers and Jacob Lawrence in the 1940s. She exhibited extensively in the 1950s, including shows in both Paris and New York. Her work is in numerous public and private collections including the North Carolina Museum of Art in Raleigh and the Asheville Art Museum.

Cockling to paper at perimeter; water damage and staining to lower right corner of sheet and mat; wear to frame. 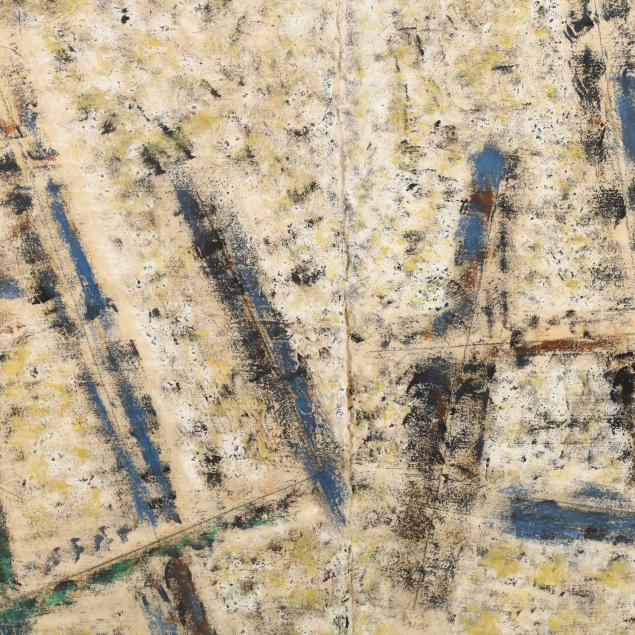 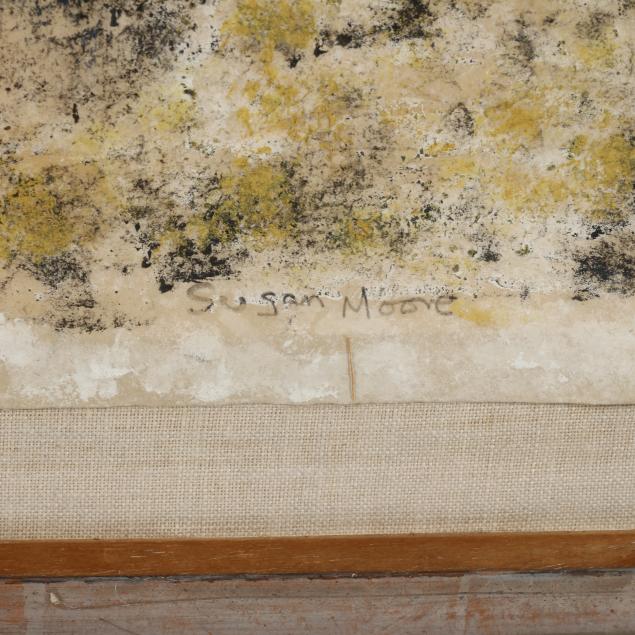 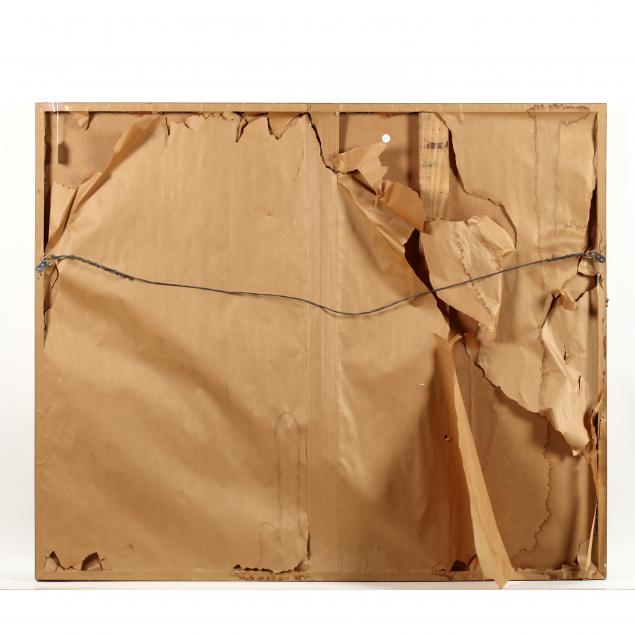