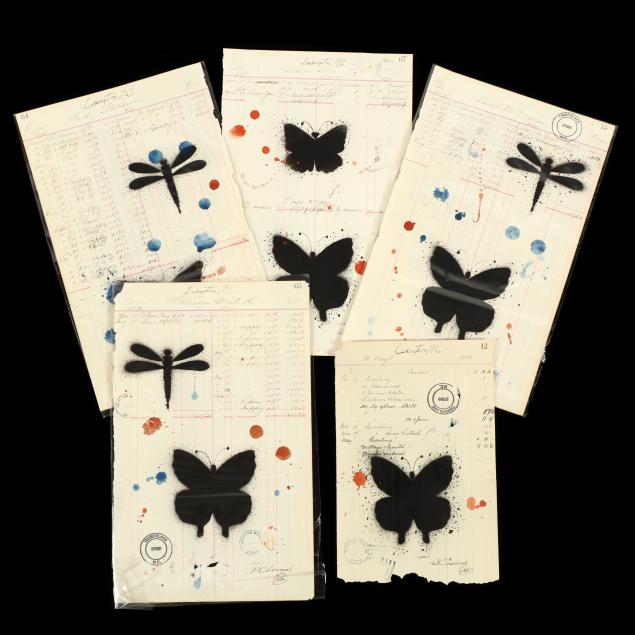 Lot 1125
Bob Timberlake (NC, b. 1937), Five Artist Designed and Enhanced Antique Ledger Sheets
Lot Details & Additional Photographs
The four larger sheets are dated from 1891 (15.75 x 9 7/8 in.); the smaller sheet is dated 1895 (11.75 x 8 in.); each is inscribed "Lexington, N.C." at the masthead and "signed. D. C. Leonard" at the lower right, each with stenciled butterfly and / or dragonfly to sheet in black paint and with blue and red paint splatters. Unframed.

Some toning and edge wear to each sheet. 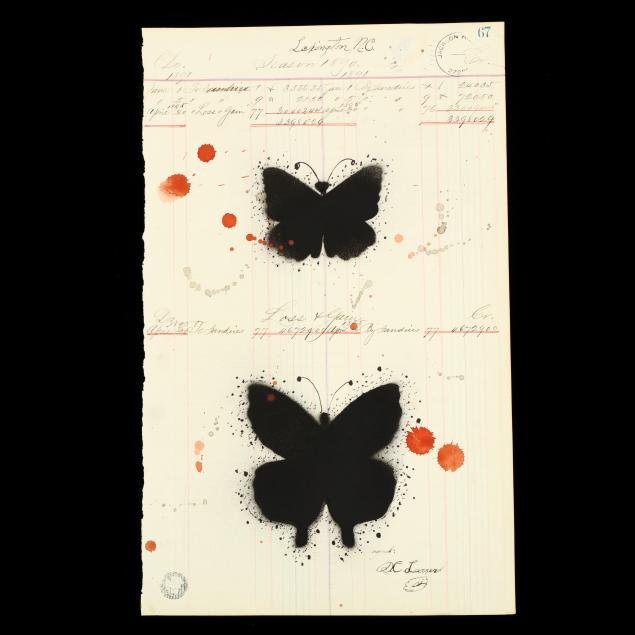 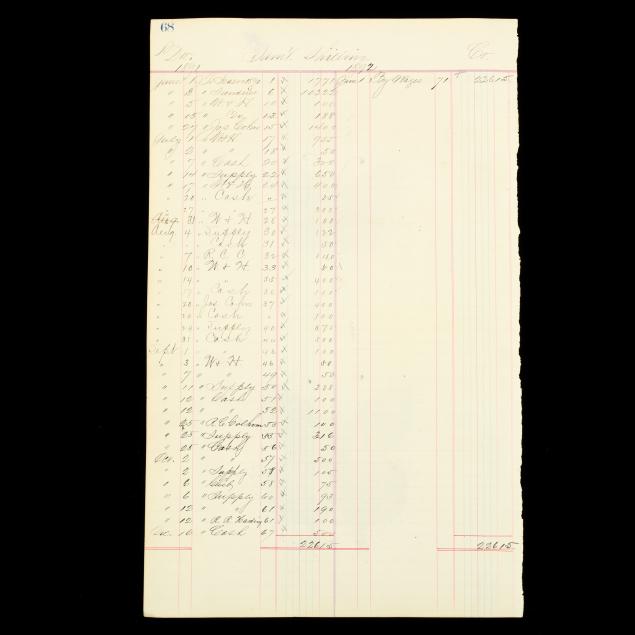 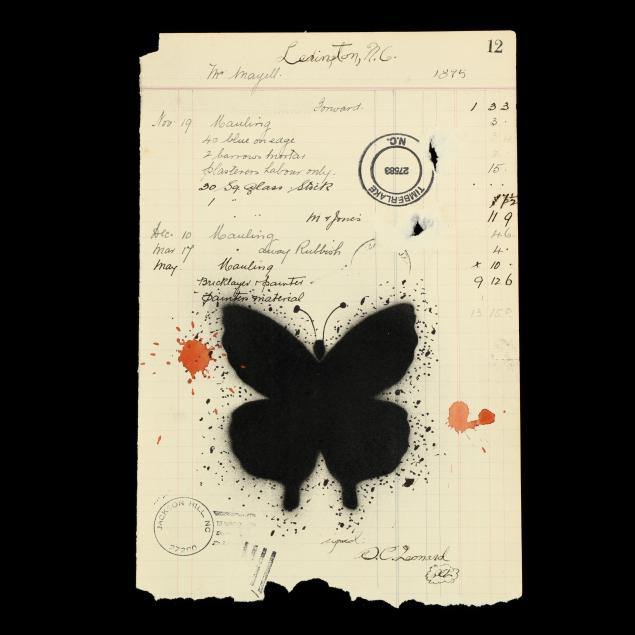 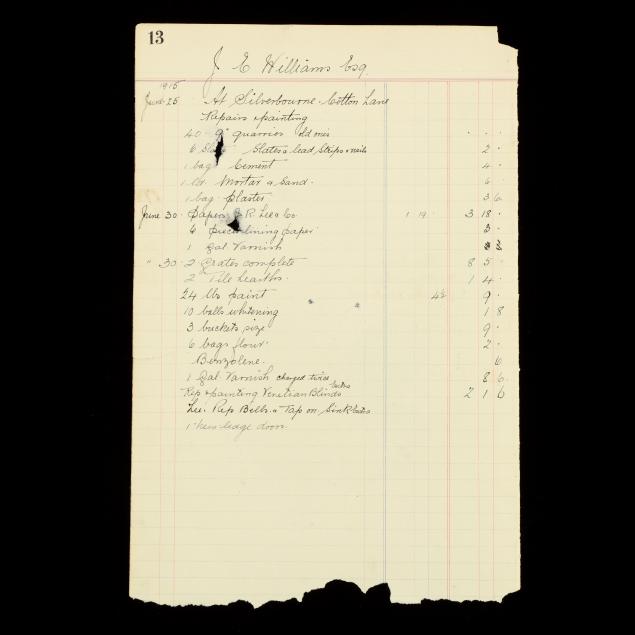 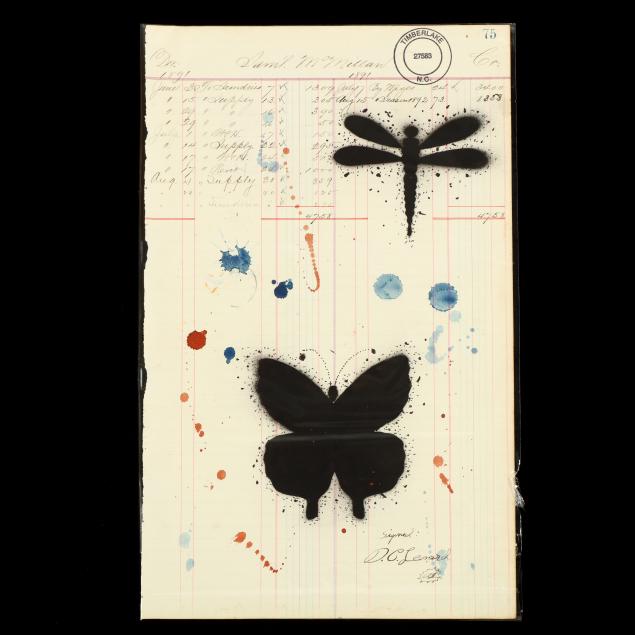 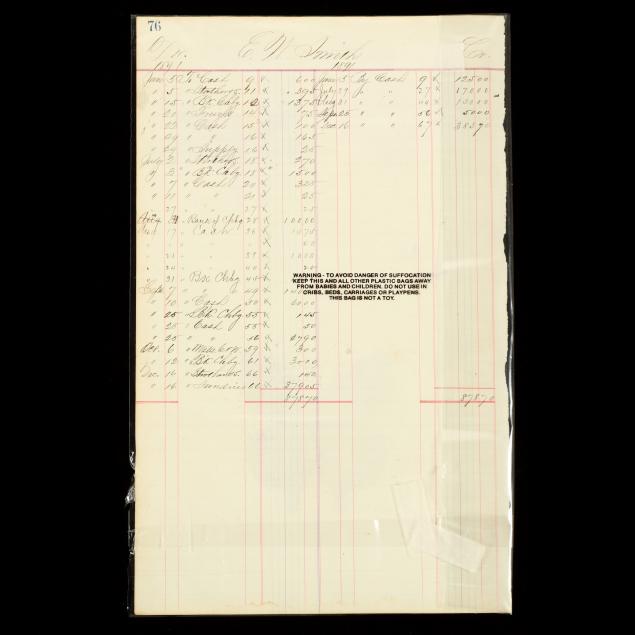 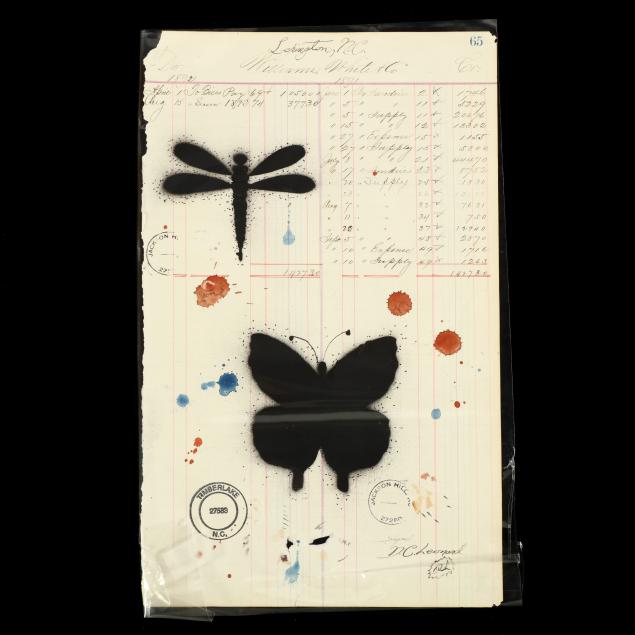 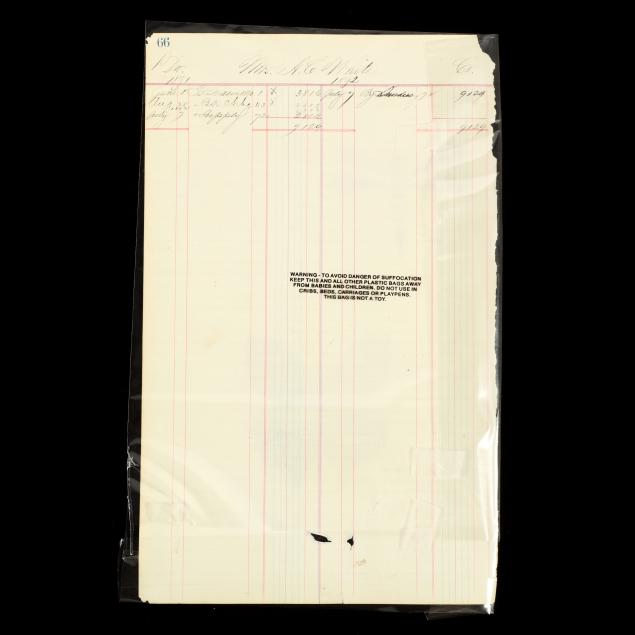 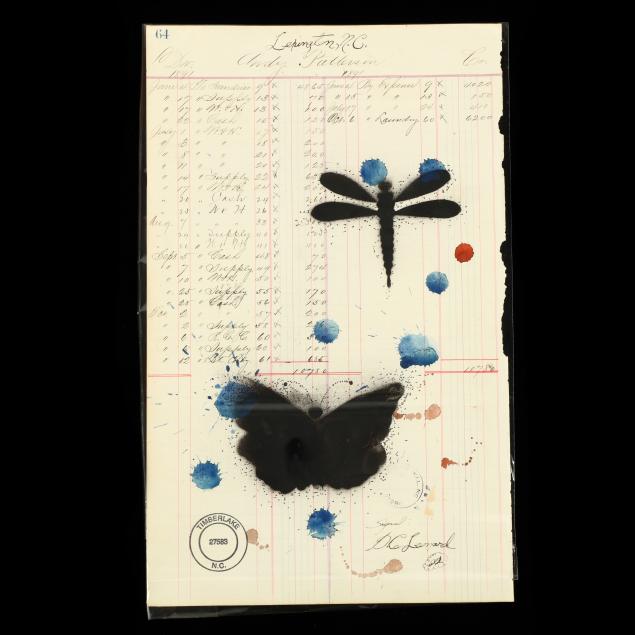 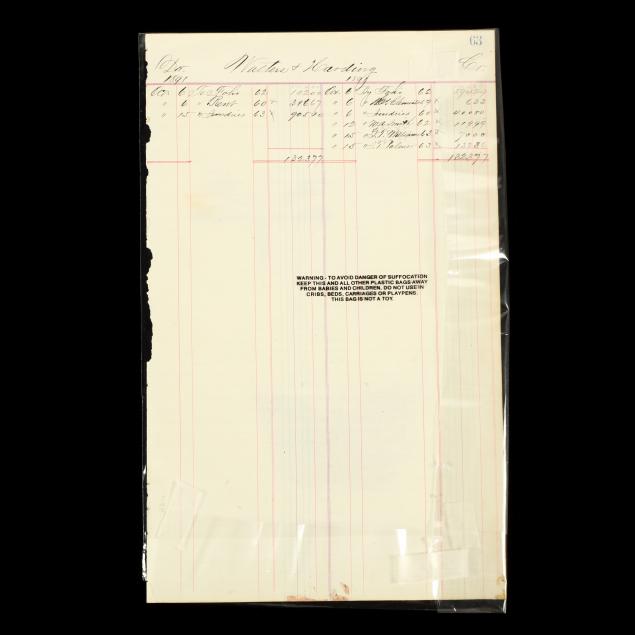