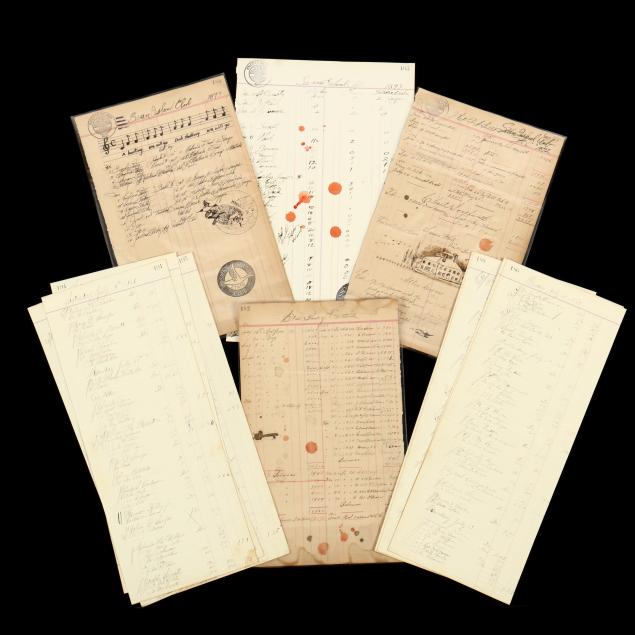 Lot 1110
Bob Timberlake (NC, b. 1937), Twelve Artist Enhanced Antique Ledger Sheets
Lot Details & Additional Photographs
Including three ledger sheets from the Swan Island Club, each with stamp for Swan Island Club and Knotts Island, NC, one is dated 1892 and features an ink sketch of the clubhouse, another is dated 1893 is has sketches of ducks in flight and a music bar with the lyrics "A hunting we will go Duck shooting we will go," and the third dated 1893 and tallying the hunt counts of members; the fourth sheet inscribed "State Bank of (illegible)" and dated 1900, with black and red paint splatters; and the fifth a collection of eight ledger sheets, dated 1868 and from Newton, NC, several with black and red paint splatters (16.76 x 6 7/8 in.). Unframed.

Toning to each sheet; overall in good estate condition. 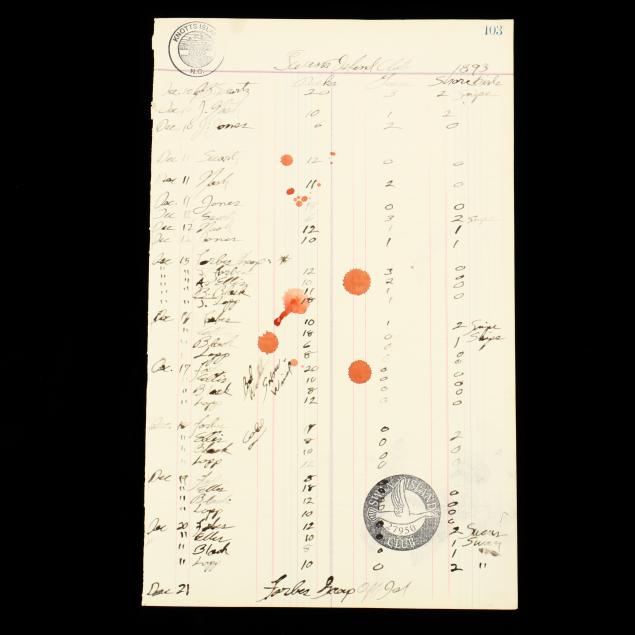 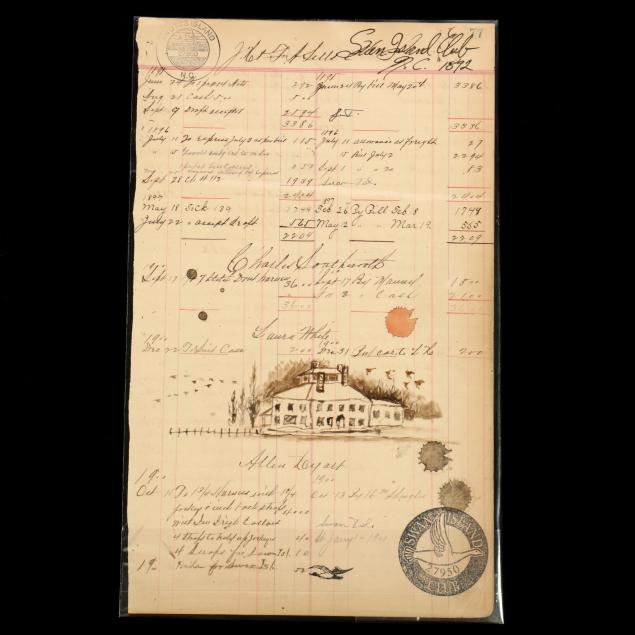 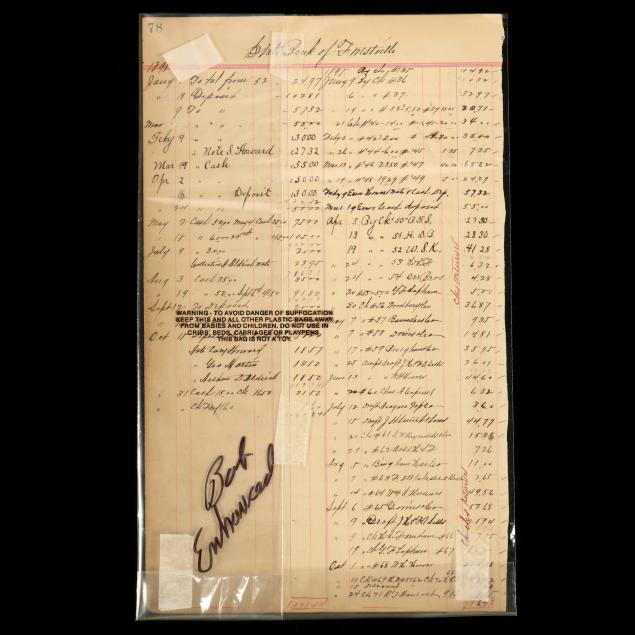 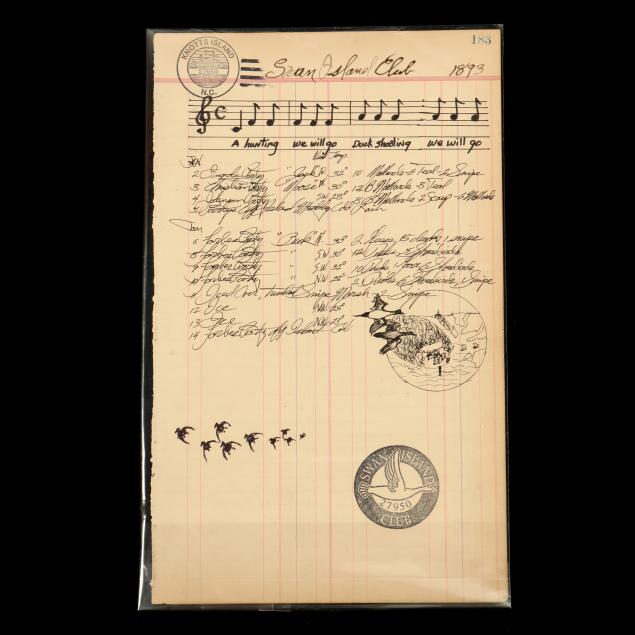 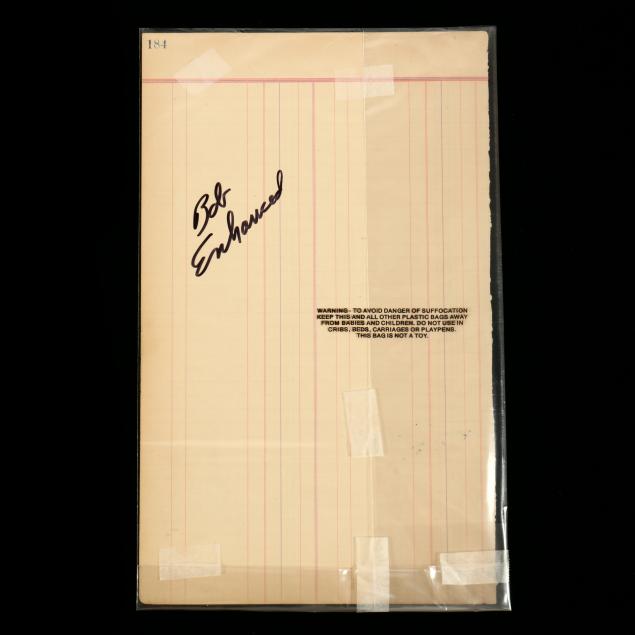 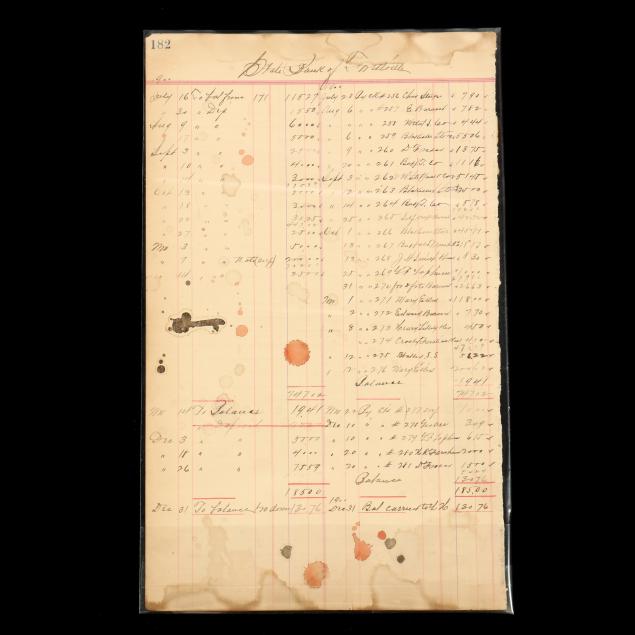 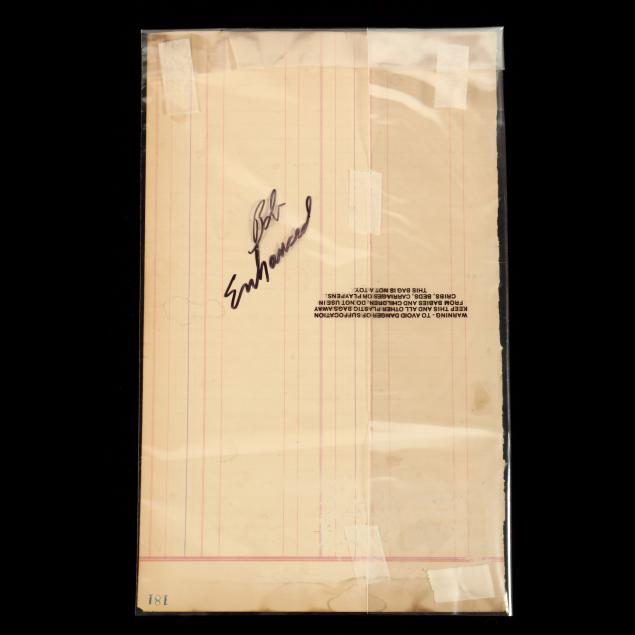 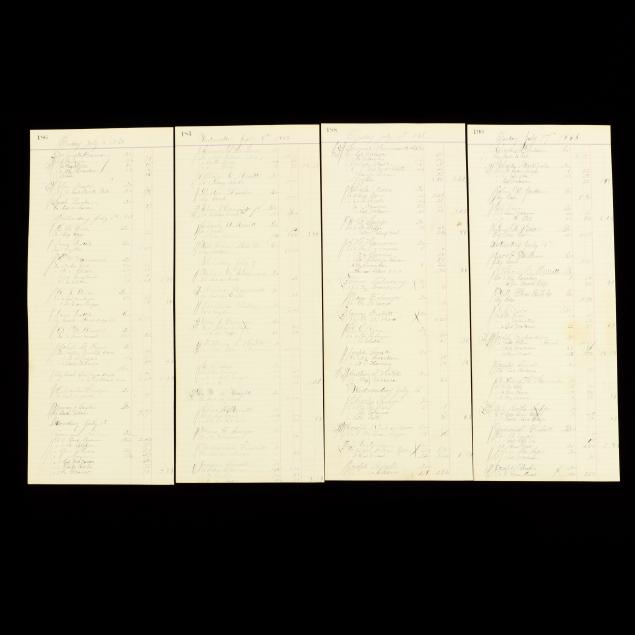 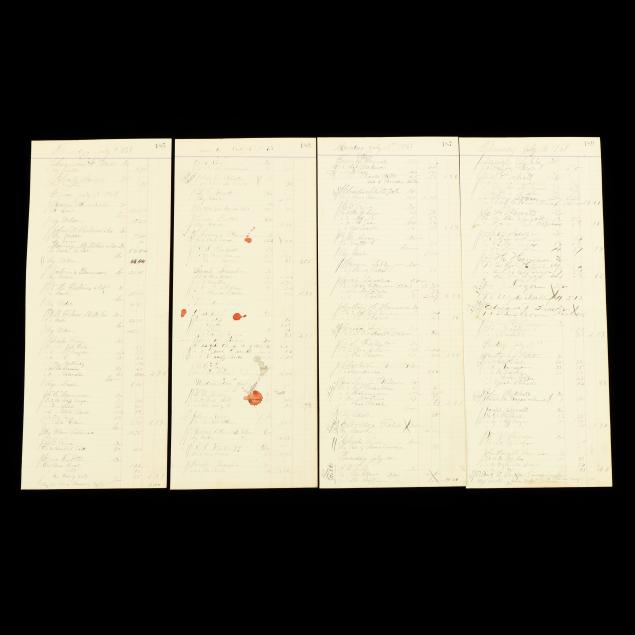 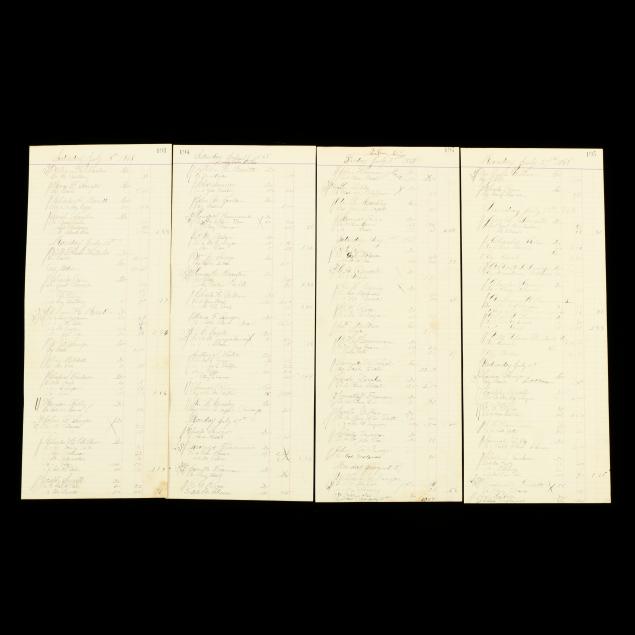 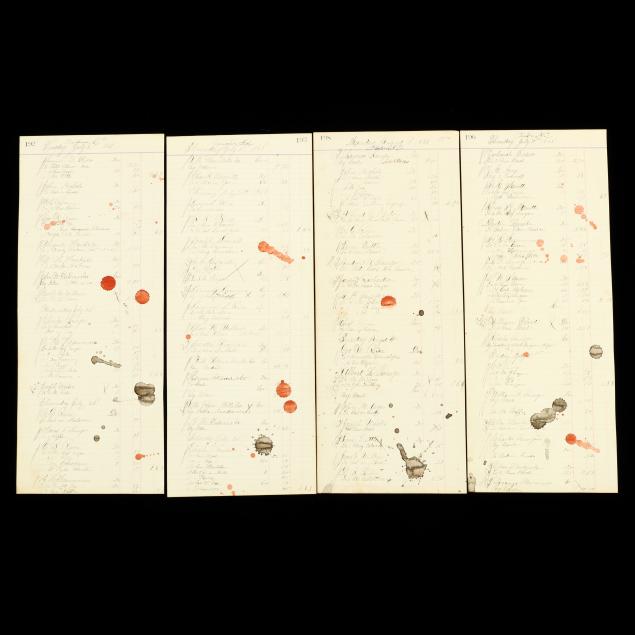