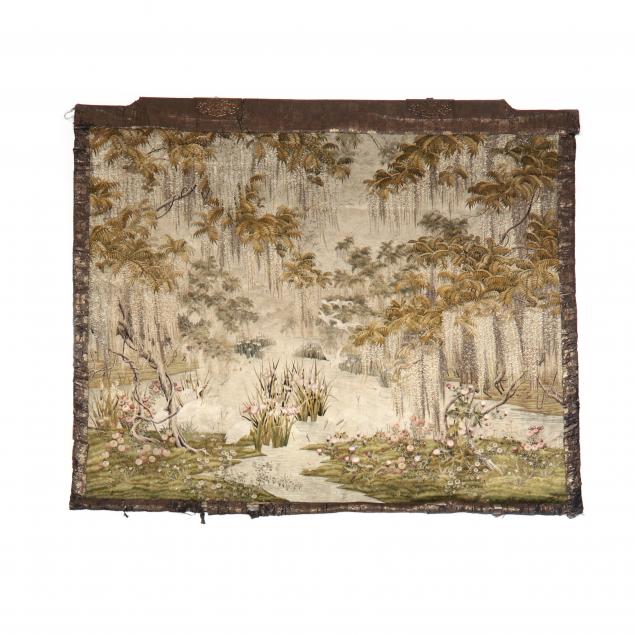 Per consignor, this wall tapestry was produced by one family over a period of 20 years and won a national competition in Japan. The tapestry was brought to the United States in the early 1920s by an American who gave it as a business gift to the consignor’s grandfather. Few embroidered wall hangings from the Meiji period have survived due to the delicate nature of care. This embroidery with its large size and grandeur of technique is a rare and important art work.

Shattering of the border and separation; some areas of pulled threads; some separation of stitches to small area; some minor tension loss to some threads. 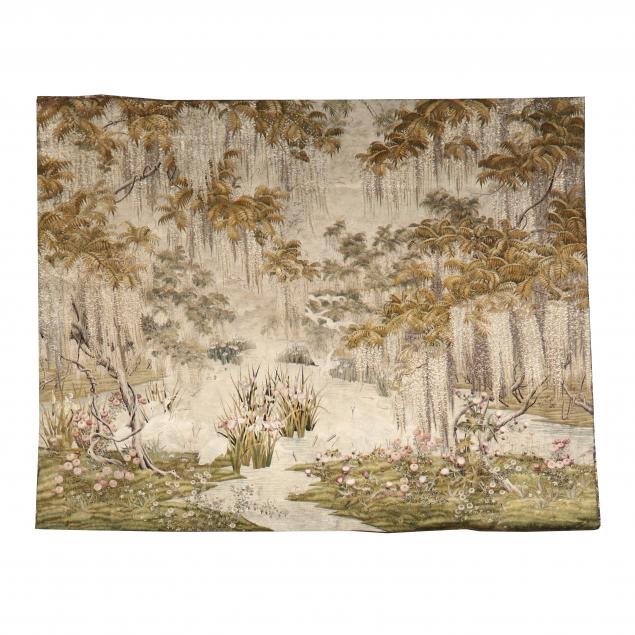 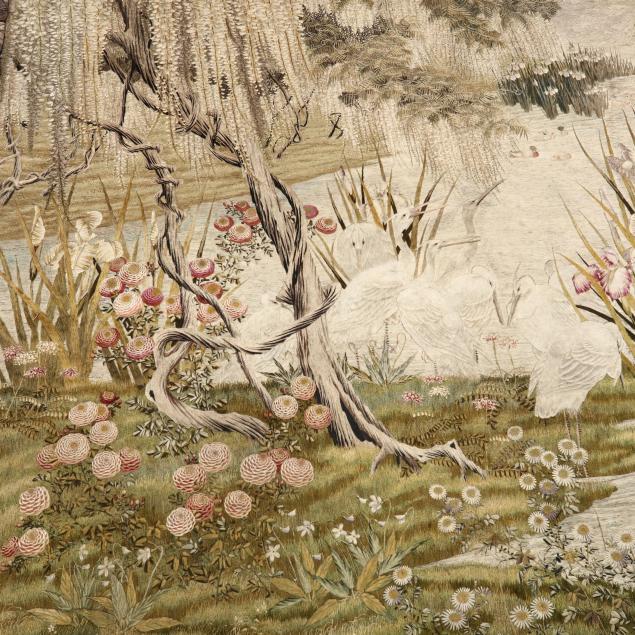 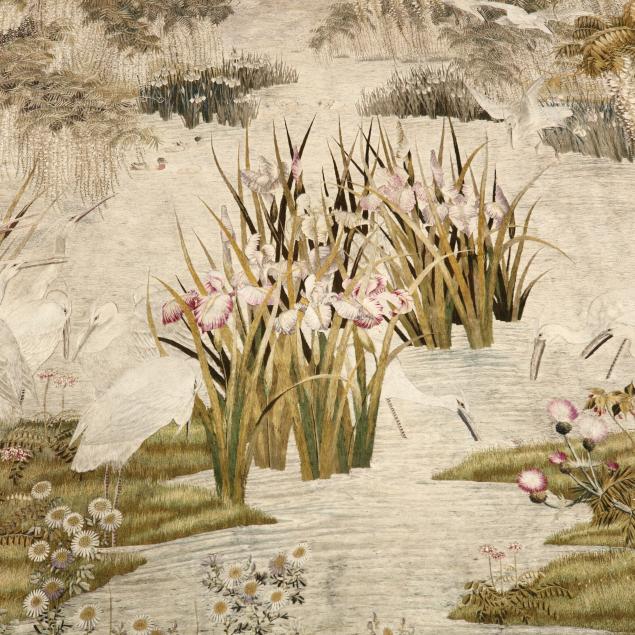 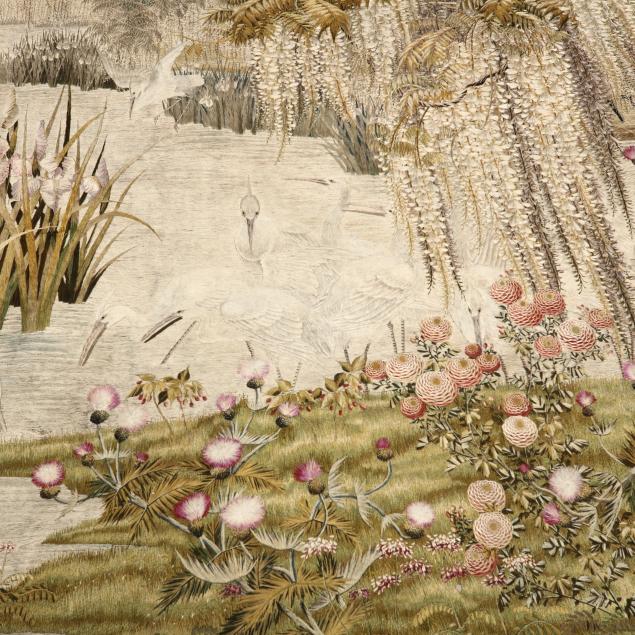 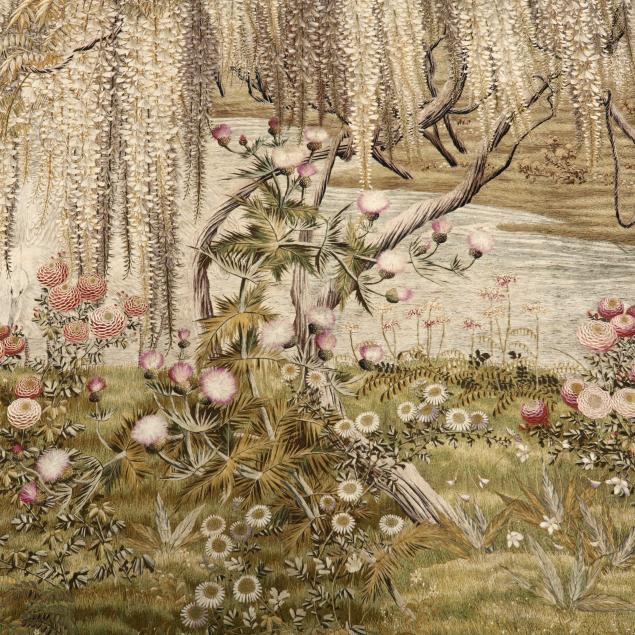 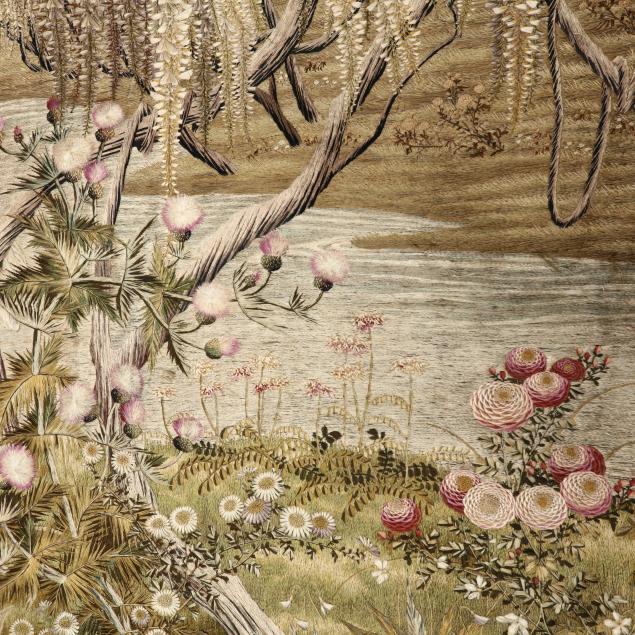 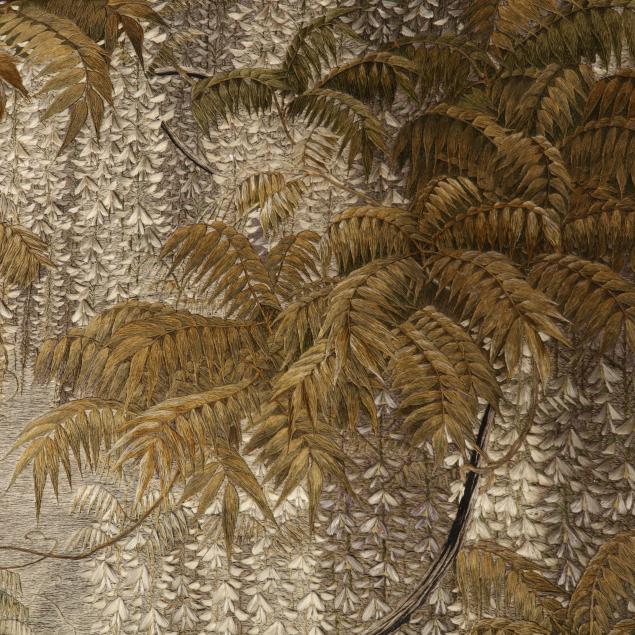 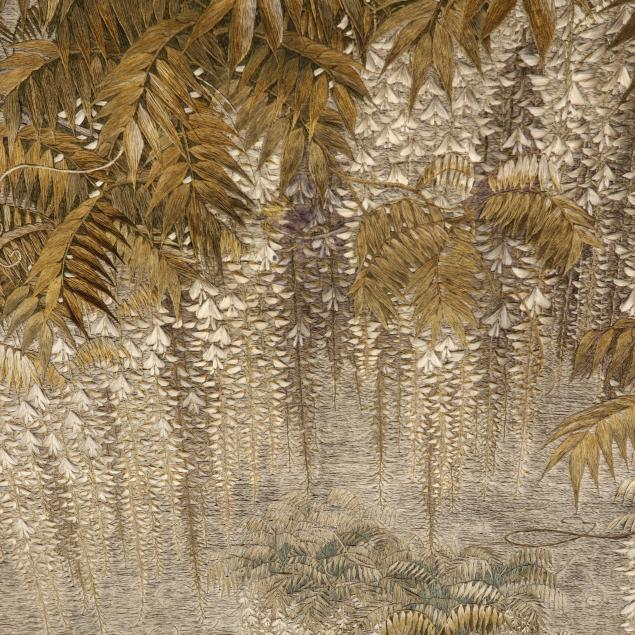 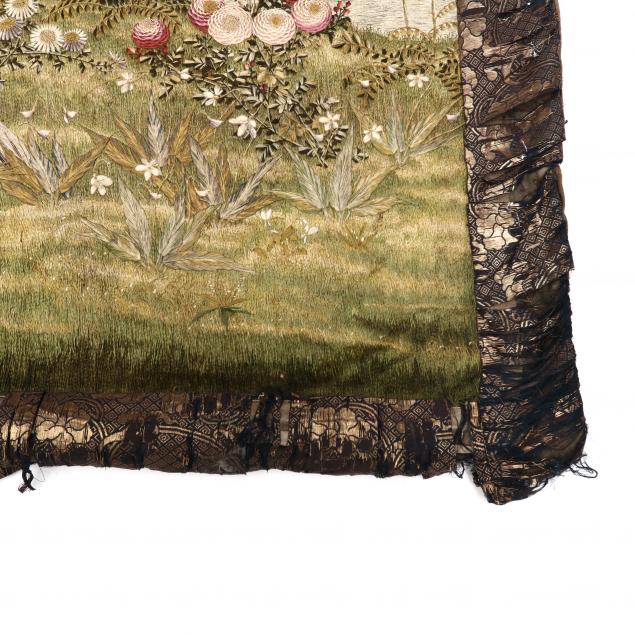 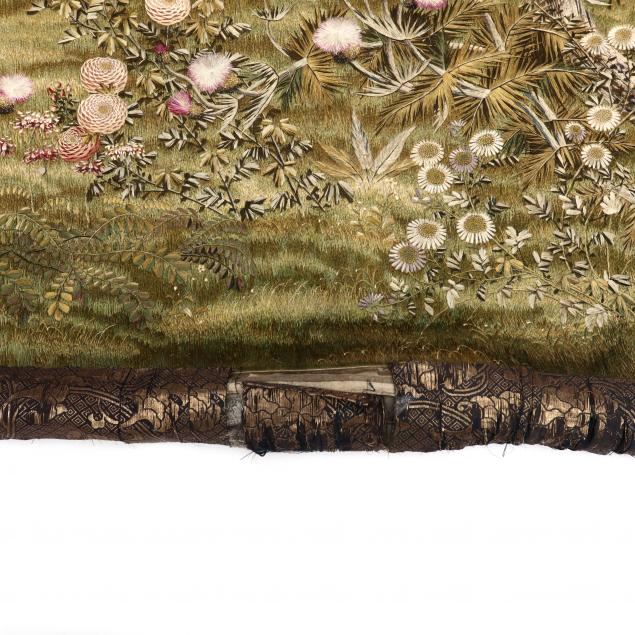 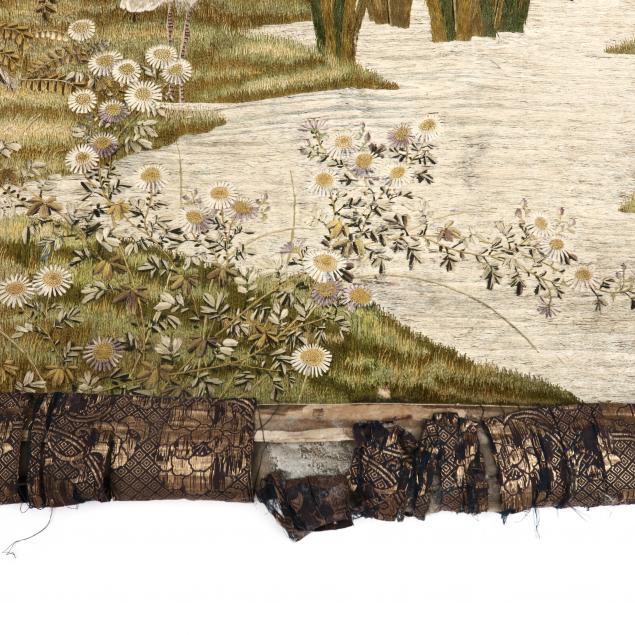 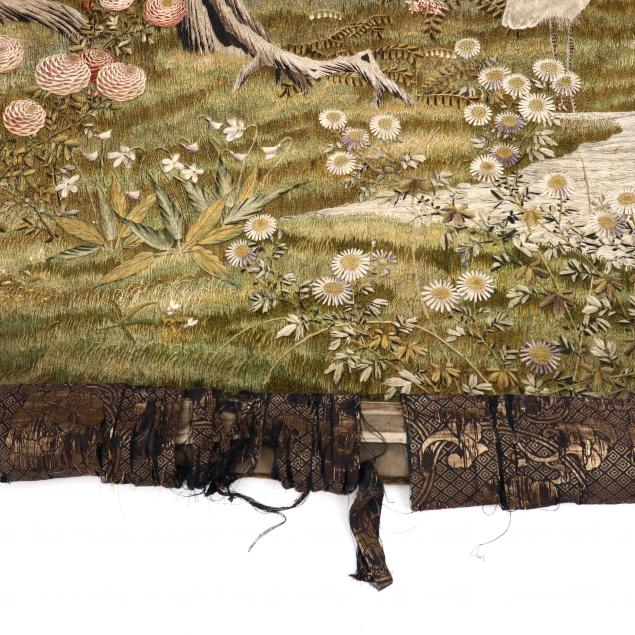 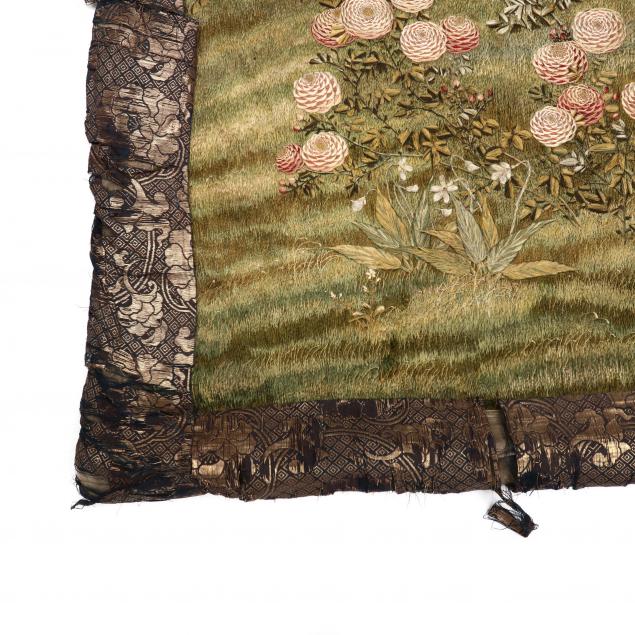 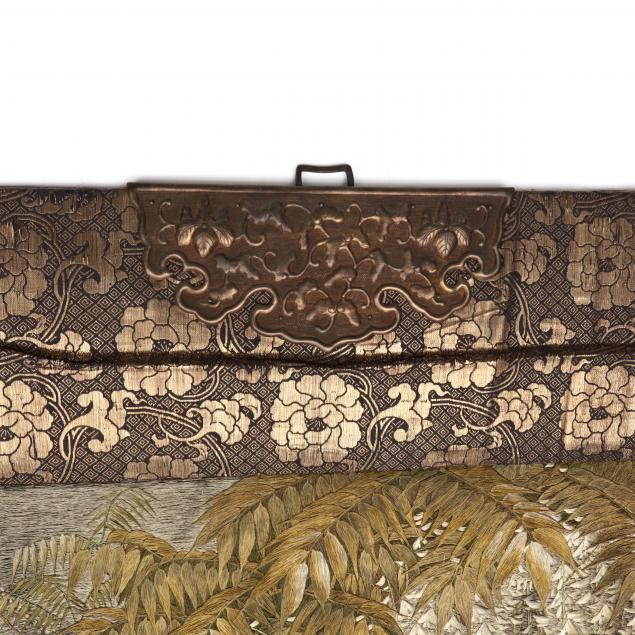 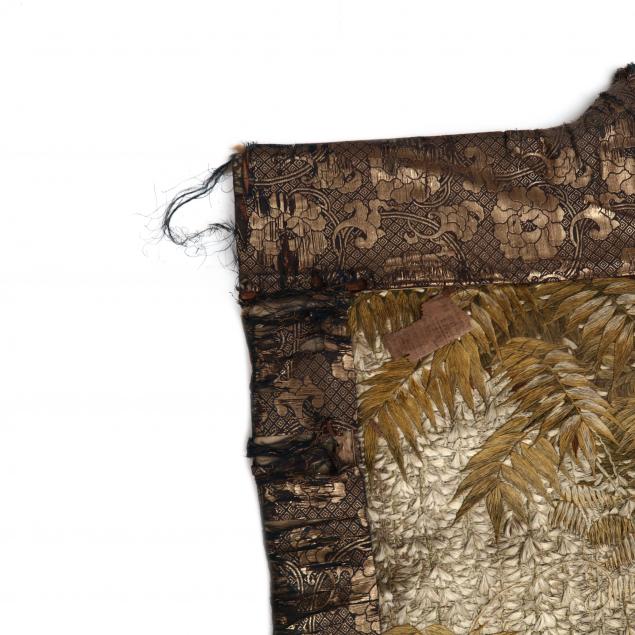 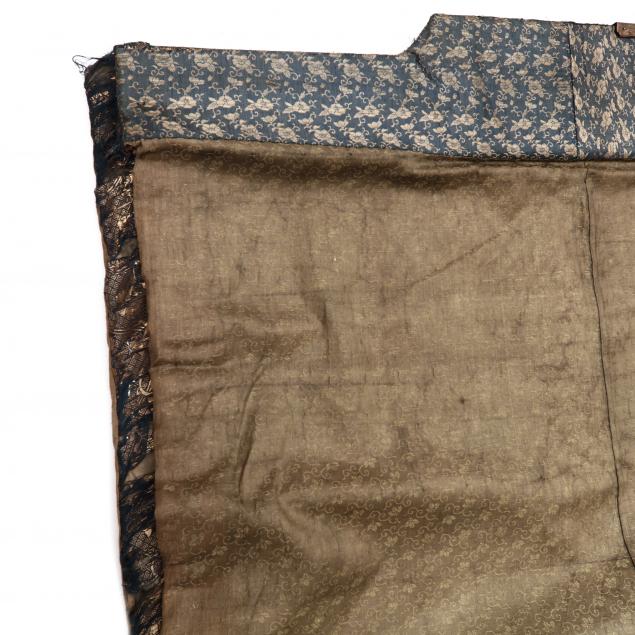 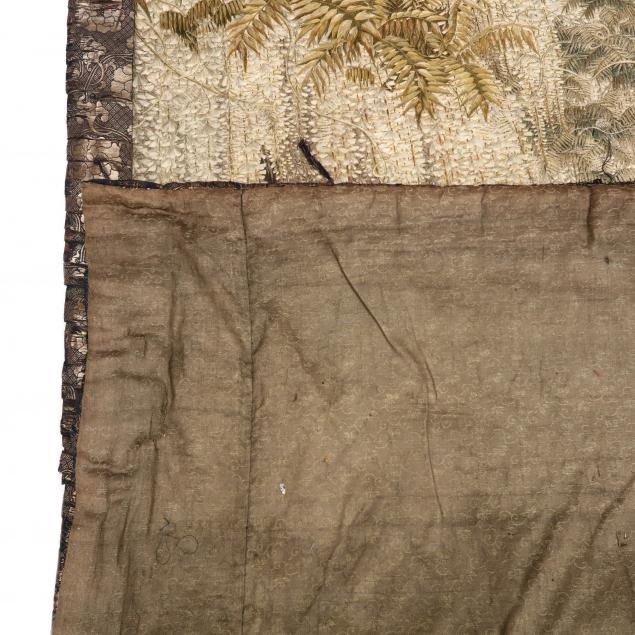 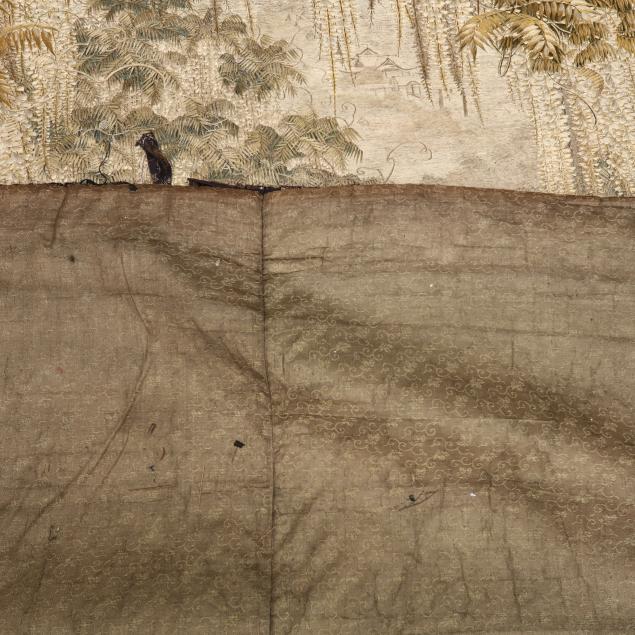 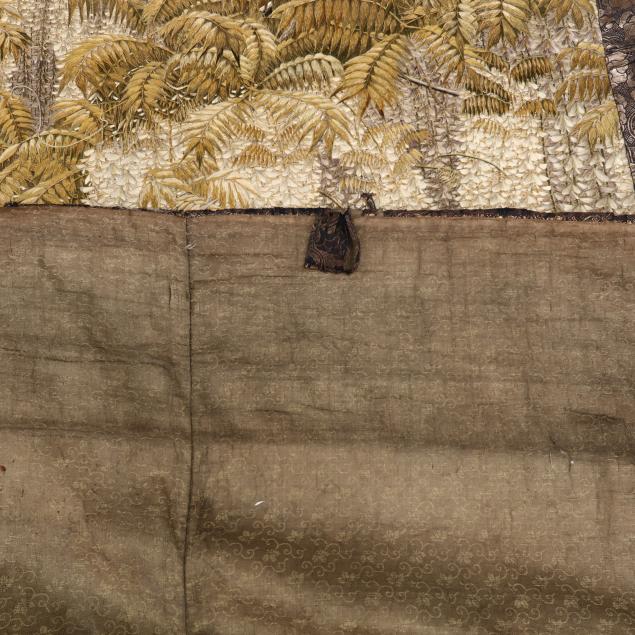 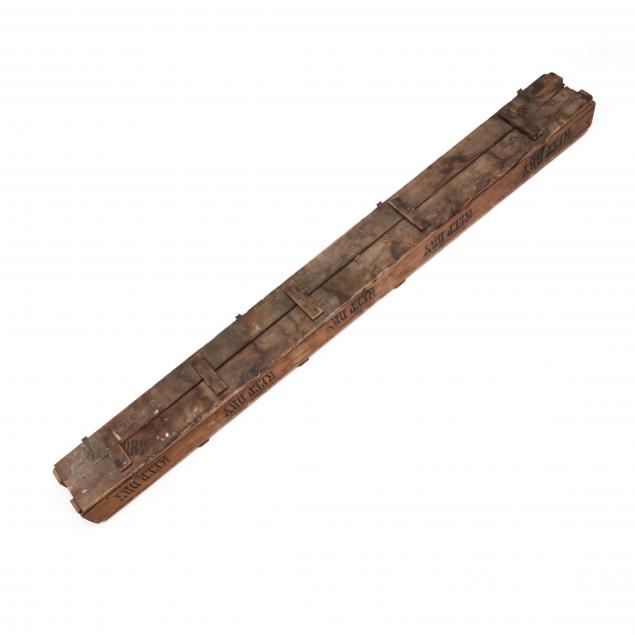 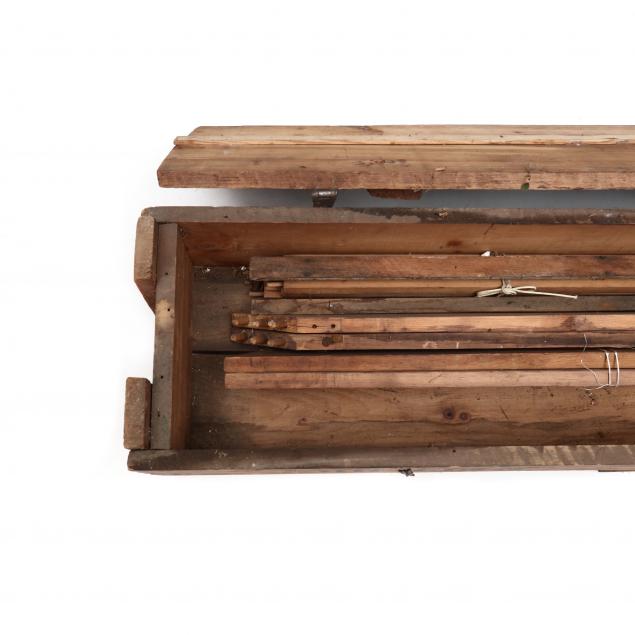 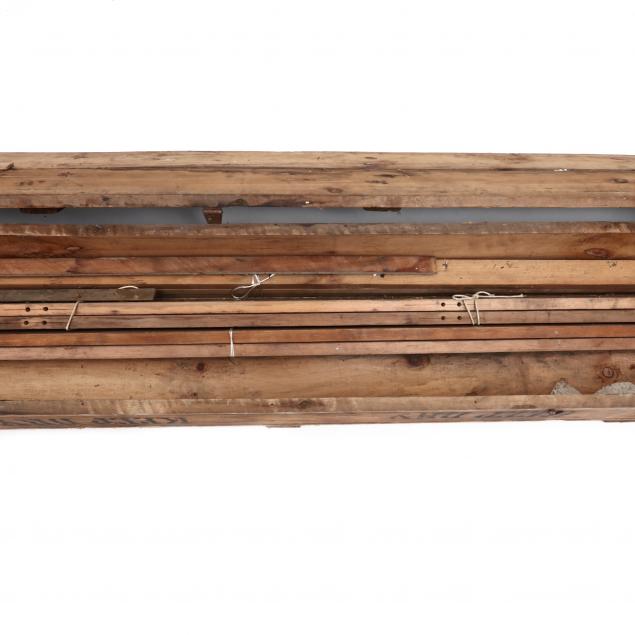 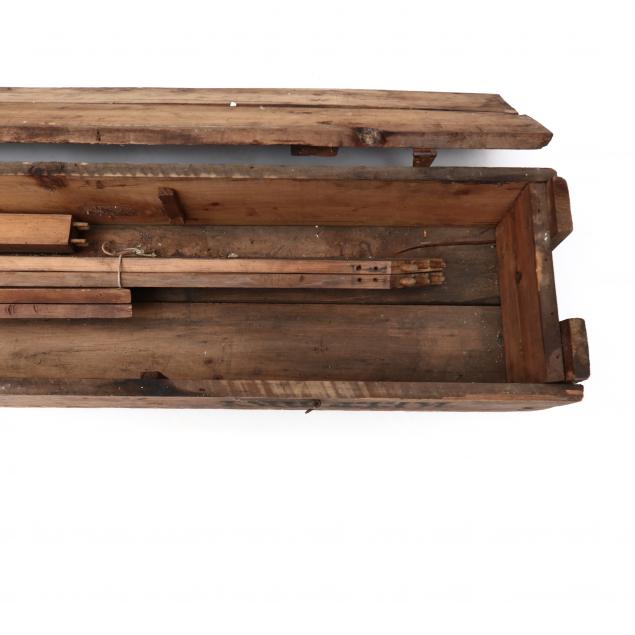 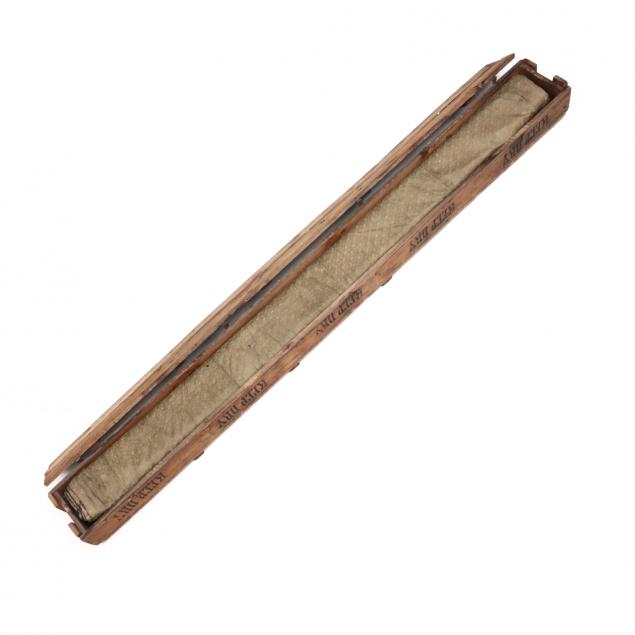 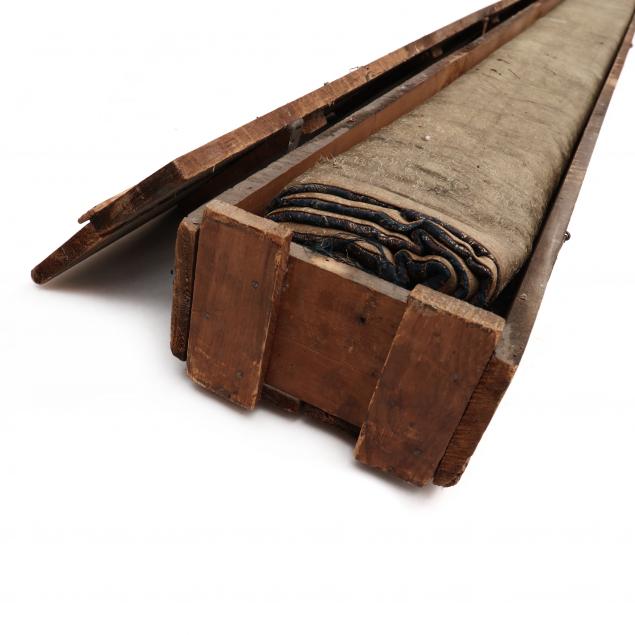