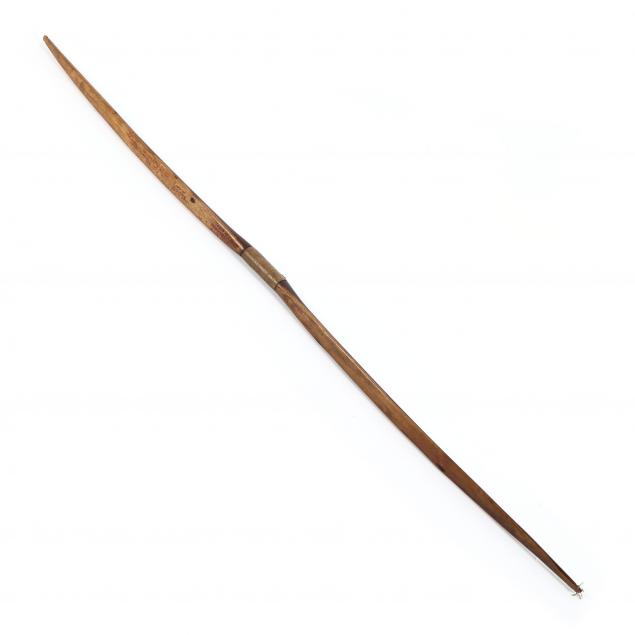 Lot 1278
Wooden Bow Presented to Bob Timberlake From Actor Iron Eyes Cody
Lot Details & Additional Photographs
Two-piece socket construction, one surface inscribed in red ink, as follows: "I call it Tae Apart. I made many. I hunted many rabbits with it. Also deer I.E.C 1938...I made this Osage orange bow 1938 in Okla...Bob My friend Iron Eyes Cody 1986"; secured in a linen gun bag. It was featured in many movies filmed by Iron Eyes Cody.

Italian-born "Iron Eyes Cody" portrayed the classic plains Indian in numerous films and television shows throughout much of the 20th century. He also is well-known for shedding a tear at the sight of litter during a Keep America Beautiful public service announcement in the 1970s and 1980s.

This bow was gifted to Bob Timberlake at the airport in Raleigh, North Carolina, as Cody approached his 80th birthday. 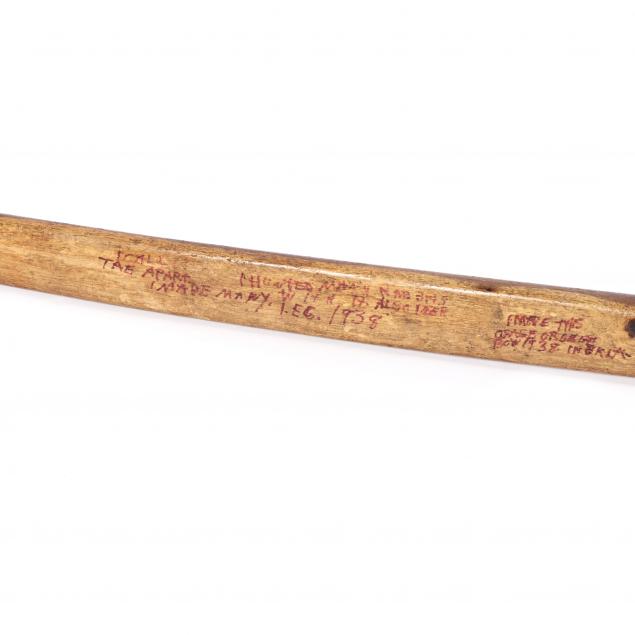 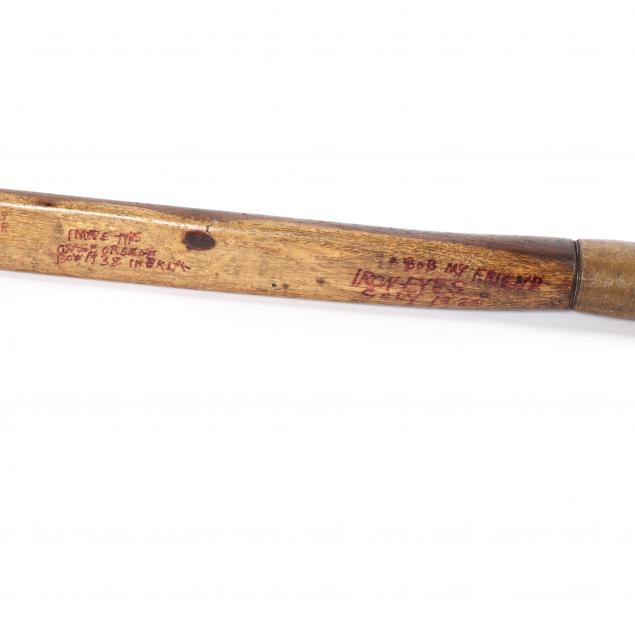 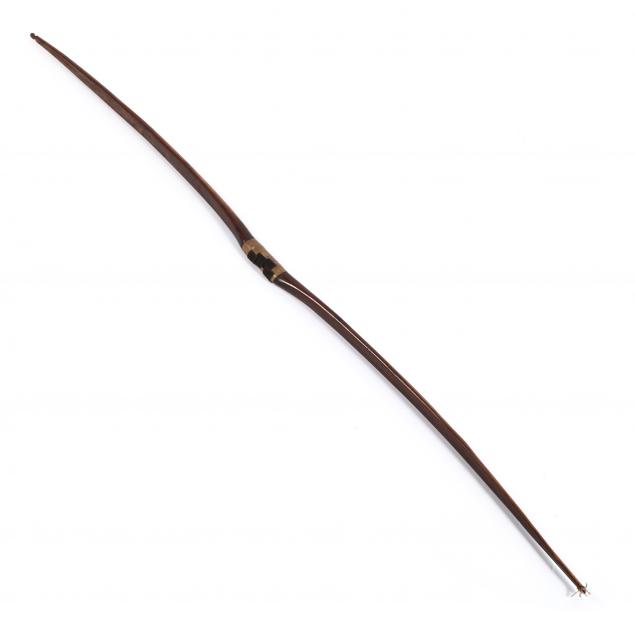 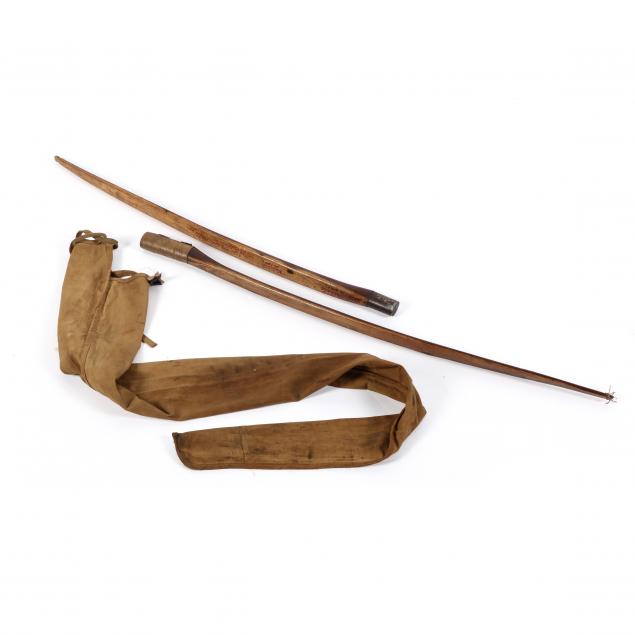