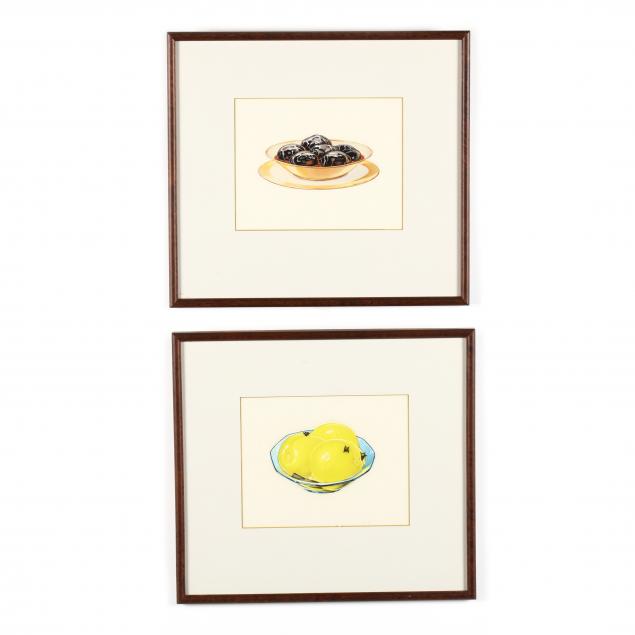 Lot 1448
Pair of Vintage Still Life "Can Label Art" Watercolors
Lot Details & Additional Photographs
Watercolor and gouache on paper, cut and mounted to backing, circa 1930s, retain labeling to verso, one depicts prunes in the bowl and the second depicting peaches with cloves, presented in uniform matting and framing.

The Estate of the Late Edward and Violet Kleitz, Cary, North Carolina

These original illustrations were created for lithographic reproduction at the Muirson Label Company in San Jose, California between 1925 and 1933.

Some toning to mounts; not examined out of frames. 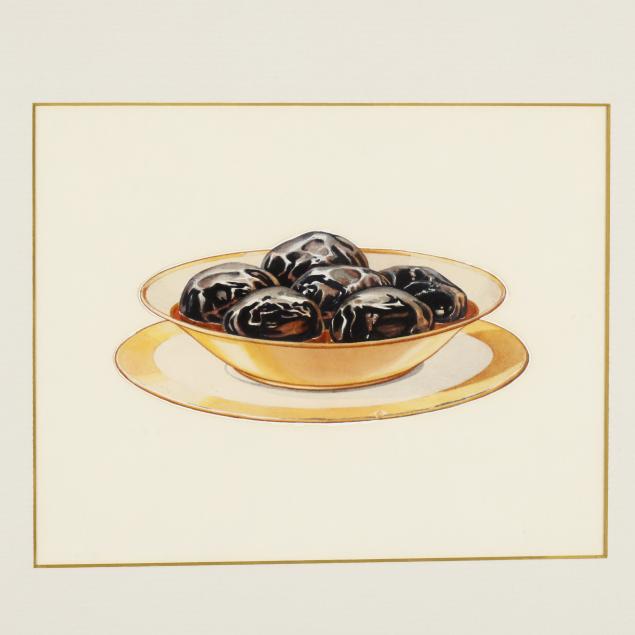 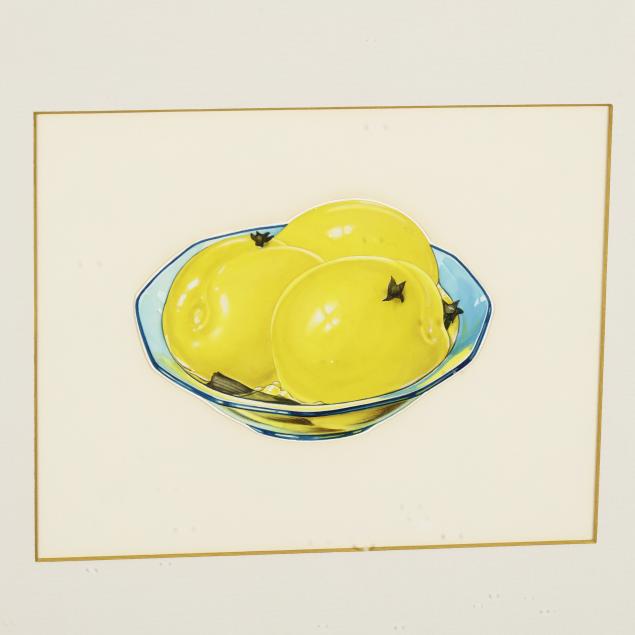 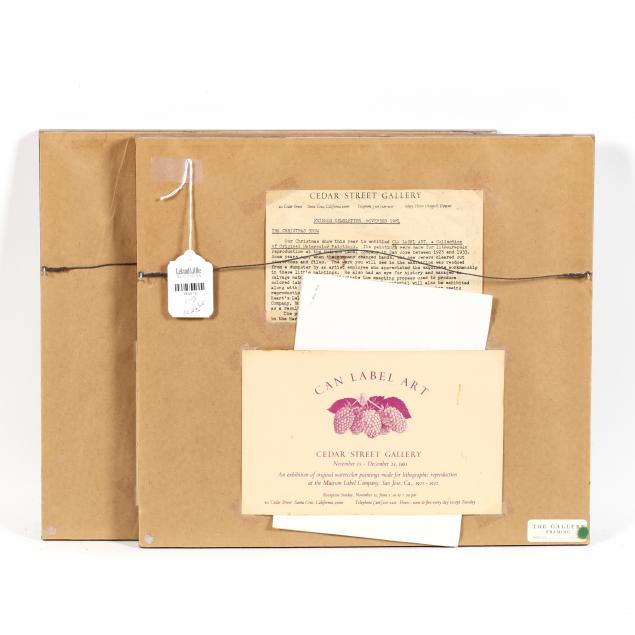