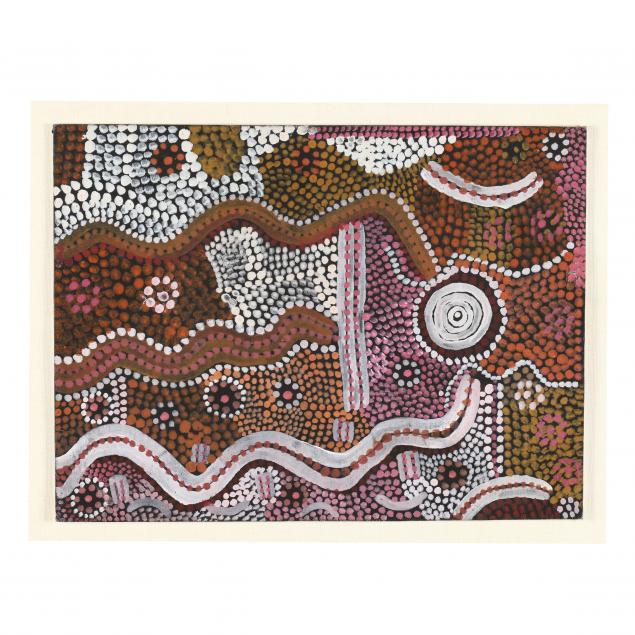 Kaapa Mbitjana Tjampitjinpa, an Aboriginal artist who worked in the modernist style, is often credited as the founder and the first master of the Contemporary Indigenous Australian Art movement in Central Australia. He was born west of Napperby Station in the 1920s and was of Anmatyerre, Warlpiri and Arrernte heritage. The National Gallery of Victoria, Australia describes Kaapa's artwork saying: "Kaapa's work, with its pictorial elements and seductive delicacy of detail, is cultivated to appeal to the western gaze. It also recreates the dramatic spectacle of men participating in ceremony and creates an illusion of the third dimension." Kaapa's work is present in major national and international museums, such as the National Gallery of Victoria, Australia; the National Museum of Australia, Canberra; the Tasmanian Museum and Art Gallery, Hobart, Tasmania; and others.

Good overall condition; not examined out of frame. 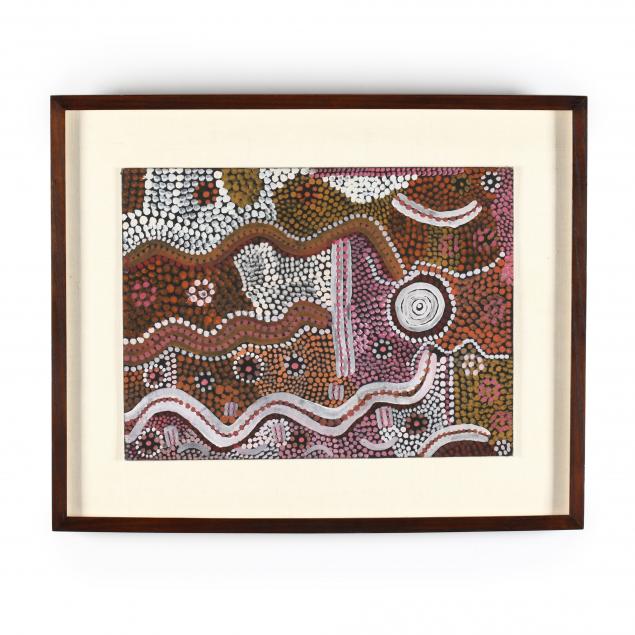 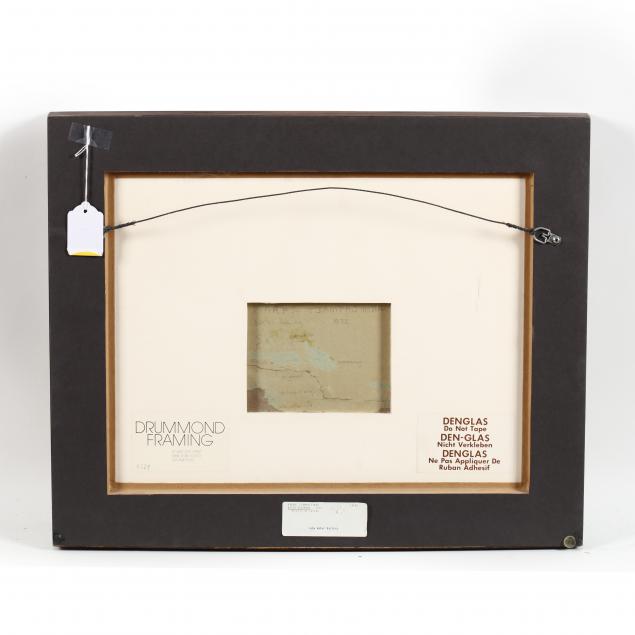 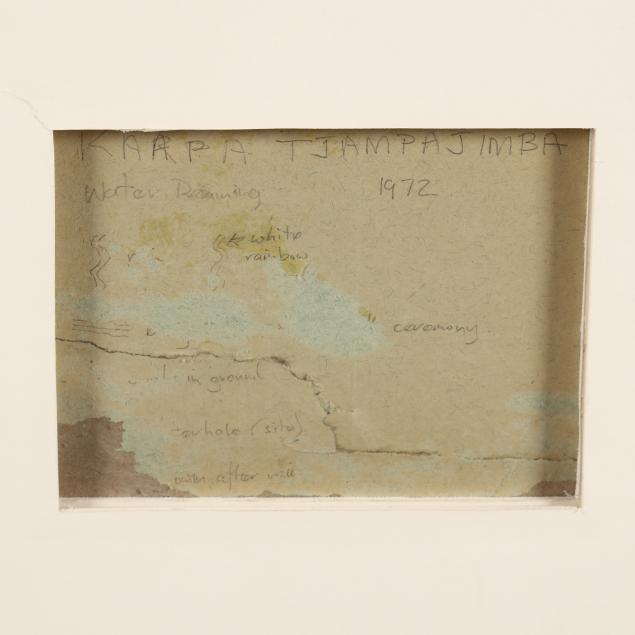