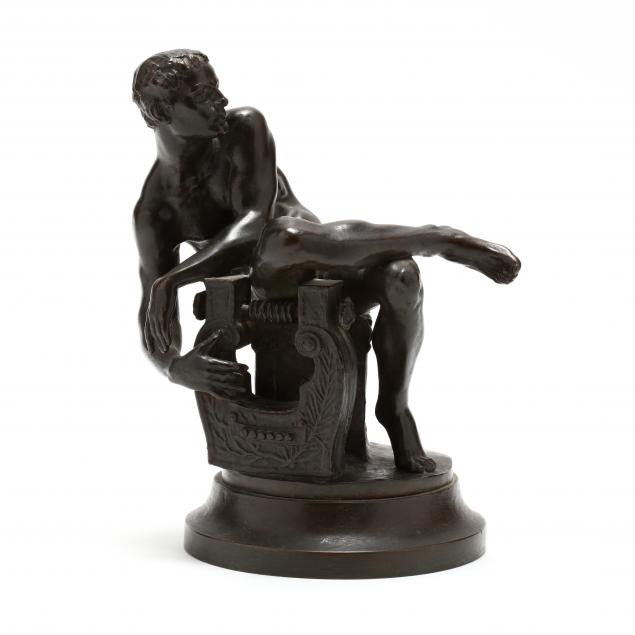 After moving to San Francisco in 1896 from Utah, Earl won a scholarship to the Mark Hopkins Institute of Art where he was a pupil of Douglas Tilden, and then further study in Paris with Mercie at Ecole des Beaux Arts (1899-1903). Returning to San Francisco, he exhibited regularly at the Bohemian Club while sharing a studio with his close friend sculptor Arthur Putnam. He taught sculpture at the Mark Hopkins until 1915 and also was instructor of modeling at UC Berkeley from 1904-16. He did numerous portrait busts, statues, and public monuments and served on the San Francisco Park Commission for 32 years. Cummings contributed greatly to local civic art and is considered San Francisco's premier sculptor.

Good estate condition, a few minor light scratches to the back of figure. 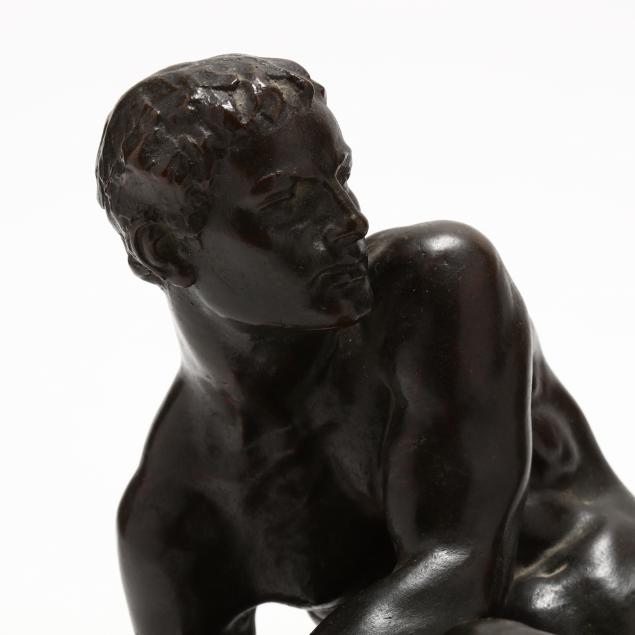 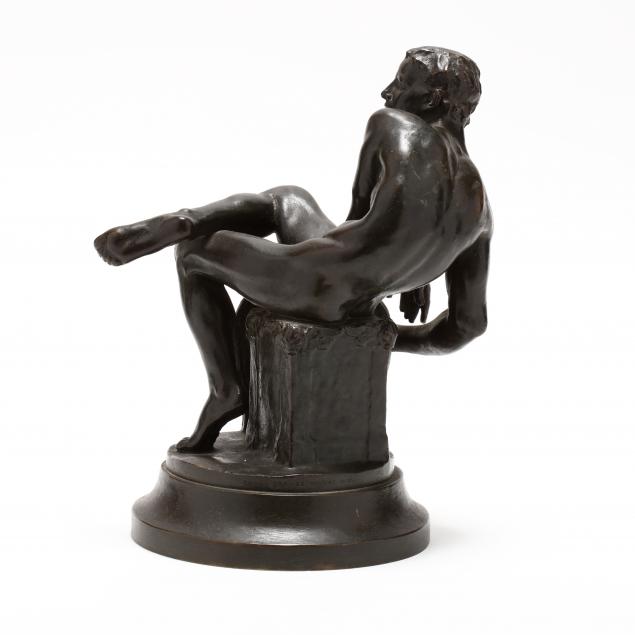 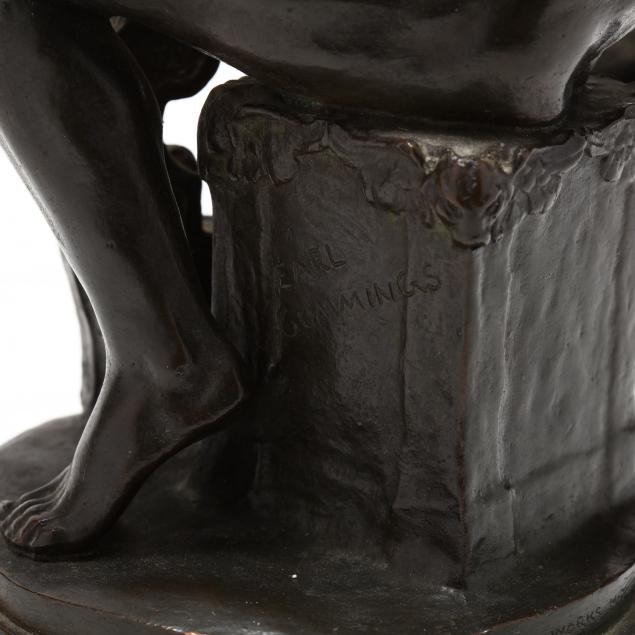 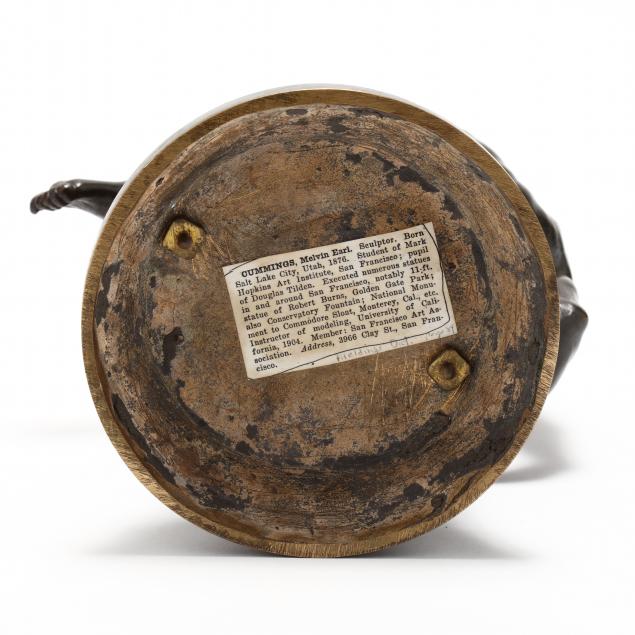