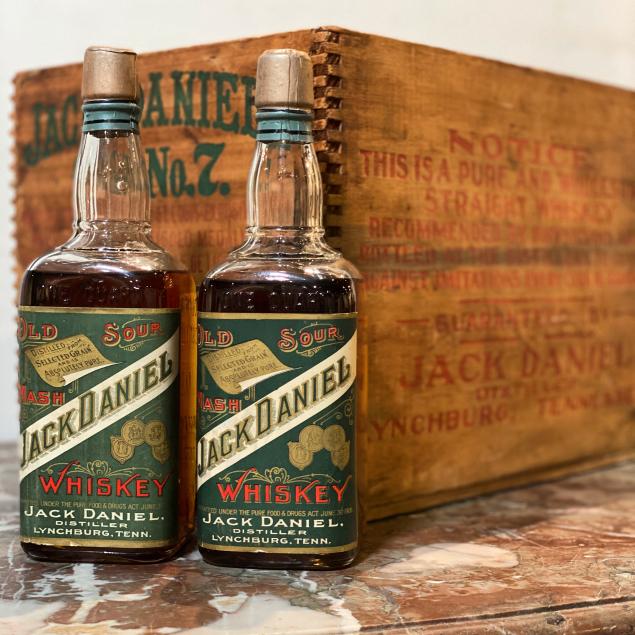 
These 2 bottles were identified as being from around the 1912 period when, in 1910, due to Tennessee prohibition, the distillery's production of its Bourbon was moved to St. Louis & Birmingham, Alabama. Although neither of these distilleries ever sold their product, the rare 1912 'Belle of Lincoln' label bears the St. Louis name, and Jack Daniels has over a case in their personal collection.

These 2 bottles appear to be identical. However, upon closer inspection, the labels differ slightly in that there is no gold border around the word “Whiskey” at the bottom of one of the labels. In addition, the embossed lettering on one of the bottles is smaller than on the other and the "7" on the reverse side is in a slightly different shape with no surrounding circle. These 2 bottles are thought to be from 2 different molds of the earliest known late 1800s 'square' bottles. Due to the bottle differences it is conceivable that they were both 'test market' items of the period. Included in this lot is the original turn-of-the-century Jack Daniel owc along with remnants of the original cardboard and tissue.

The buyer acknowledges that he/she is acting within compliance with their state and local laws in regards to the purchase, transportation and delivery of spirituous liquors. The buyer acknowledges that he/she takes possession of purchased lots upon the fall of the hammer. Buyers may make arrangements including an in-person auction house pick-up or designating a third party to complete delivery of purchased lots. 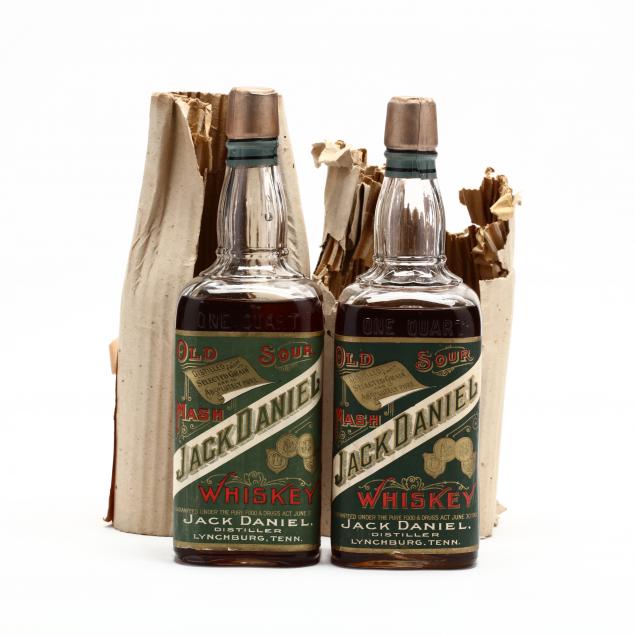 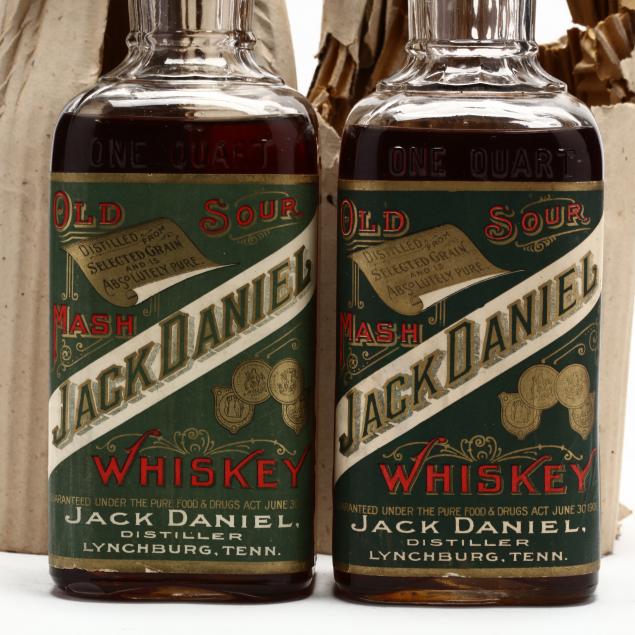 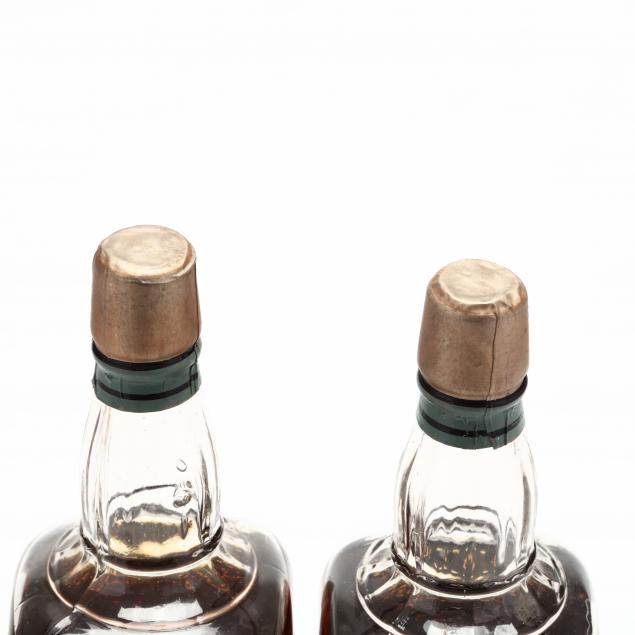 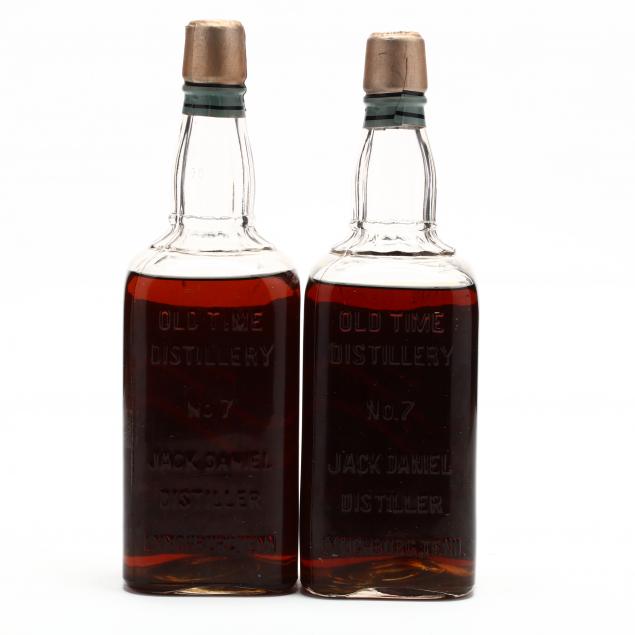 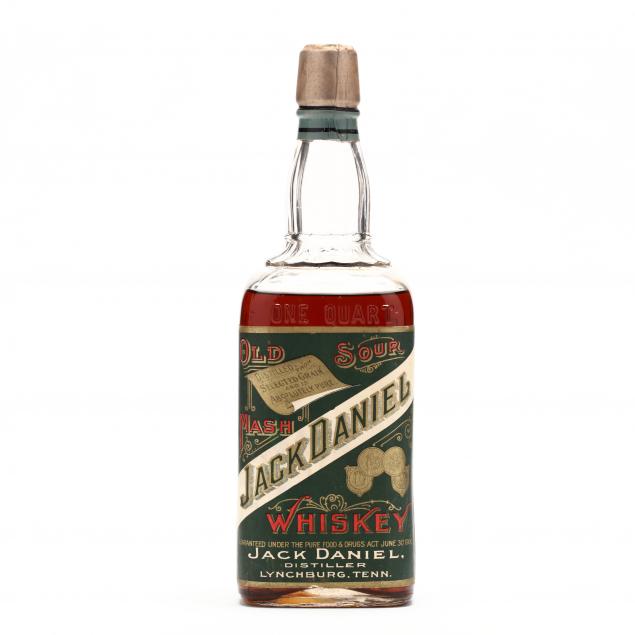 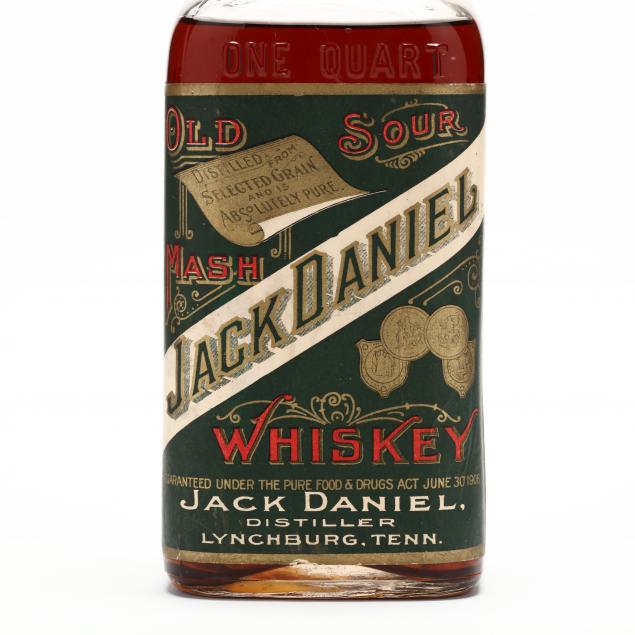 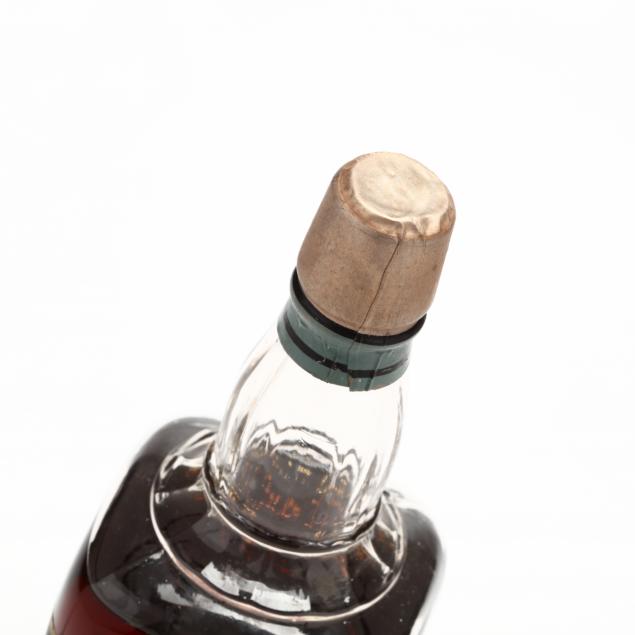 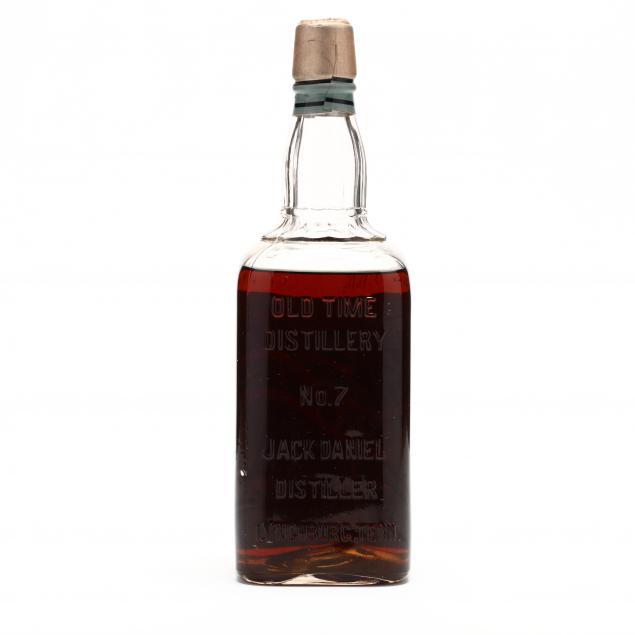 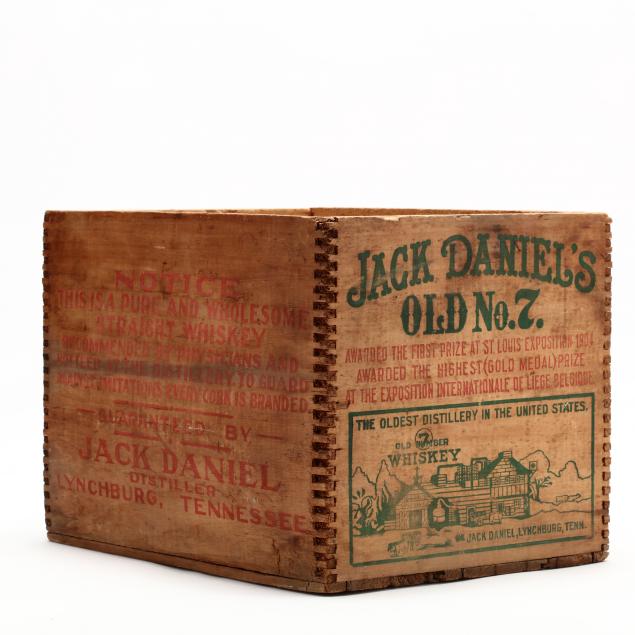 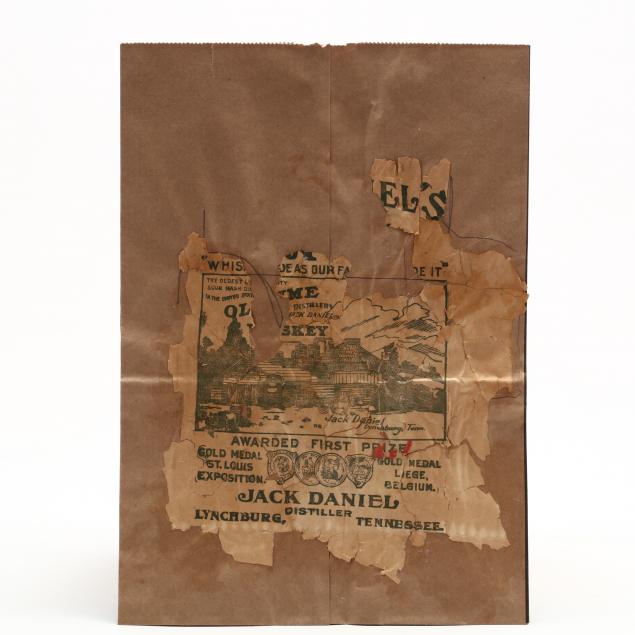 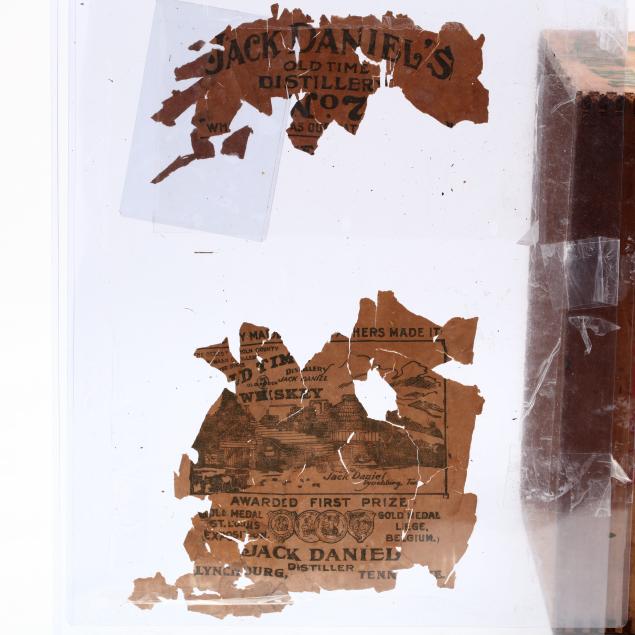 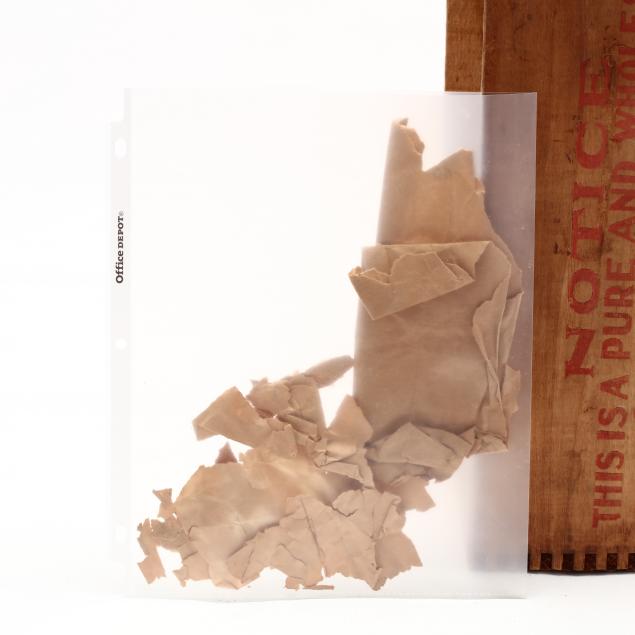