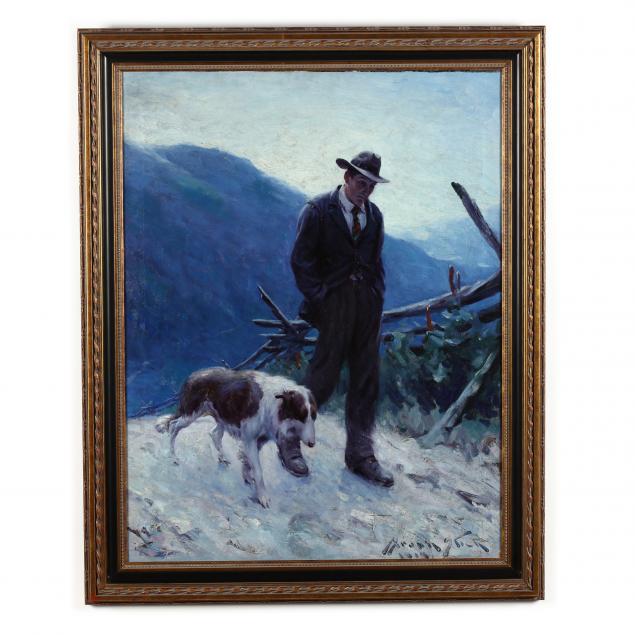 Frank Stick was an important American illustrator who studied under Howard Pyle and was a contemporary of N. C. Wyeth. His illustrations graced the pages of many magazines including Field and Stream, The Saturday Evening Post, Colliers, and Outdoor American.

In 1929, Stick moved with his family to the Outer Banks of North Carolina, settling on Roanoke Island. He was a staunch preservationist and was instrumental in achieving the designation of Cape Hatteras Seashore the first National Seashore.

Scattered stable craquelure, slight impression on stretcher marks; lower half is lined with some restoration visible under blacklight at lower right and later paint to collie’s torso. 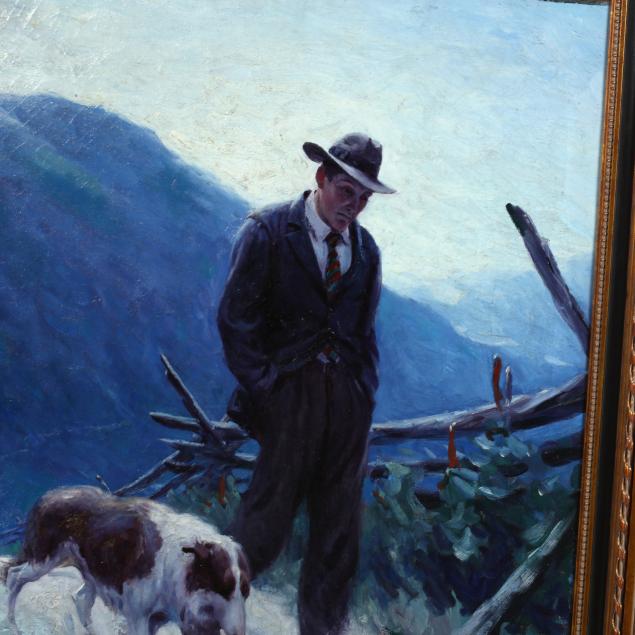 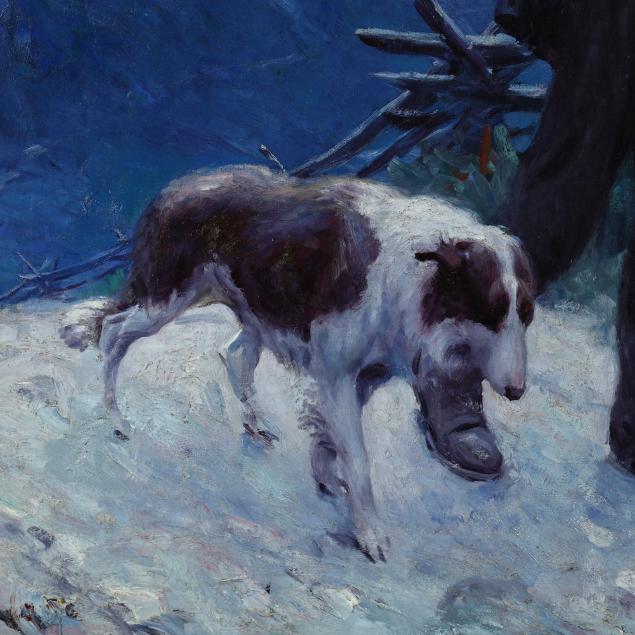 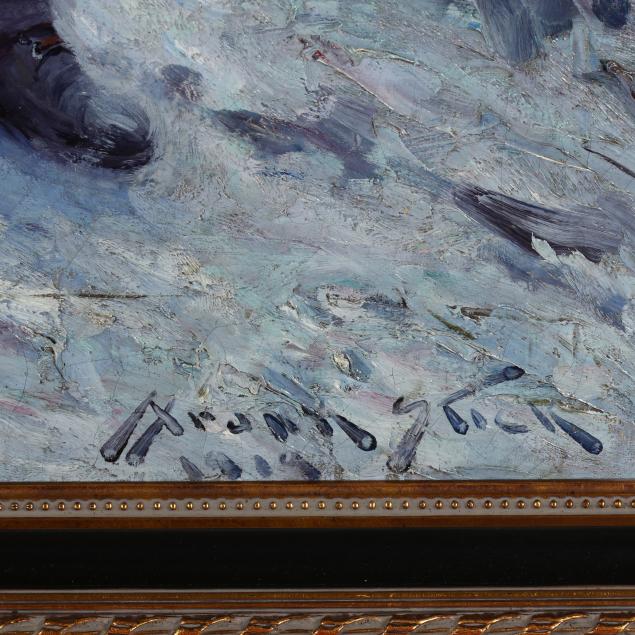 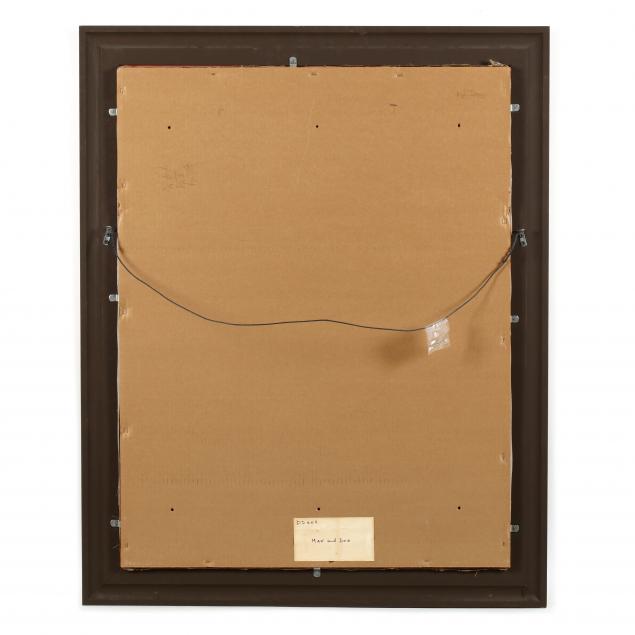 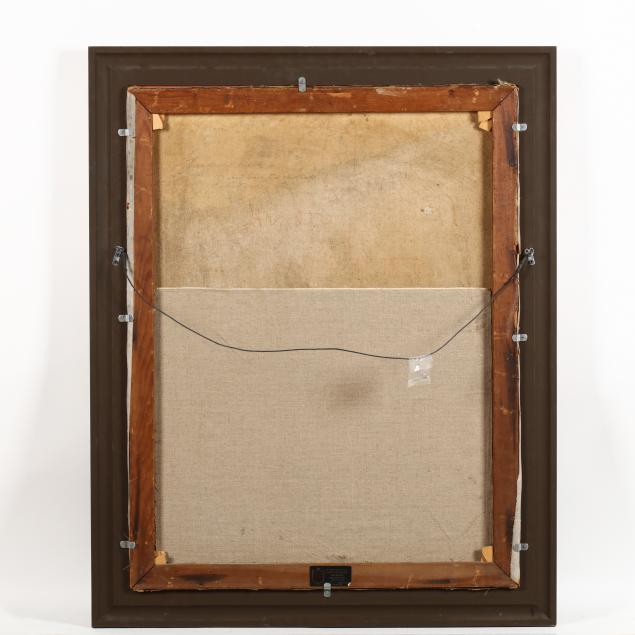 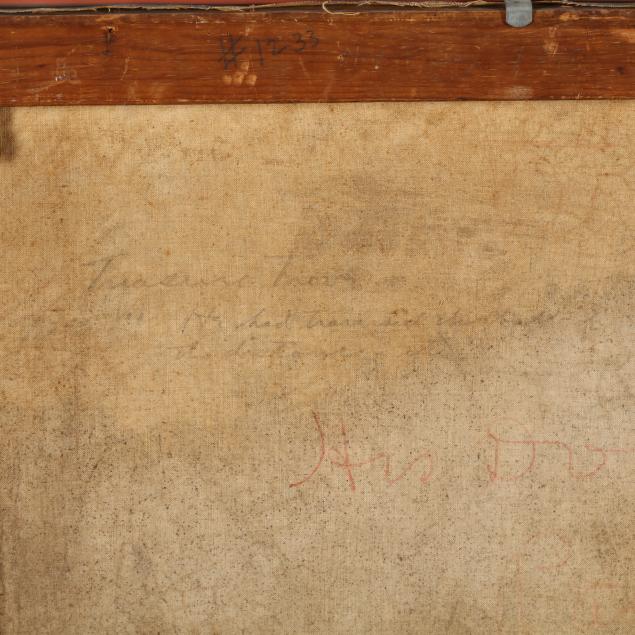 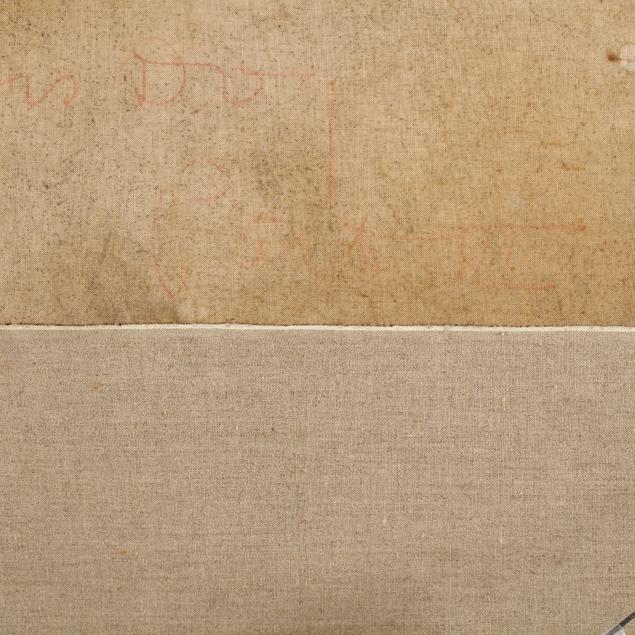