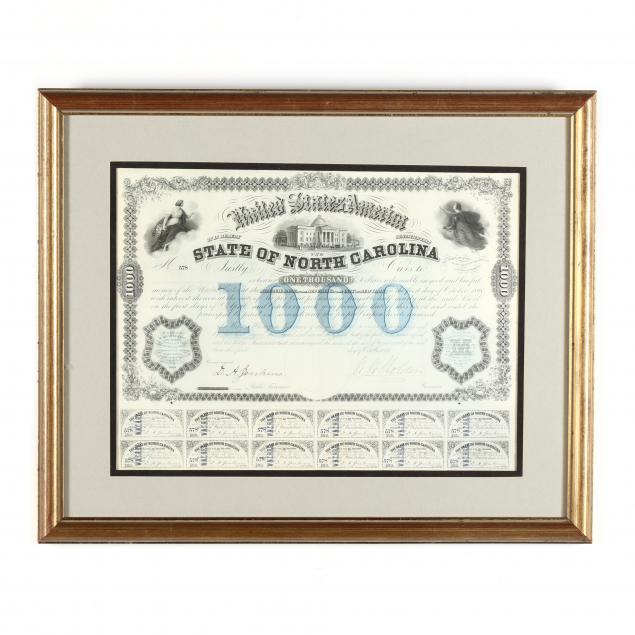 W. W. Holden has long been considered a colorful figure in North Carolina political history. His antebellum pro-states rights leanings were eroded during the Civil War, leading to his becoming a Republican in later years. He was impeached and removed from office in 1871, having earned the enmity of North Carolina's Democratic political establishment and the then-powerful Ku Klux Klan.

Two fold creases with tiny split at the top, else as issued; not examined out of the frame. 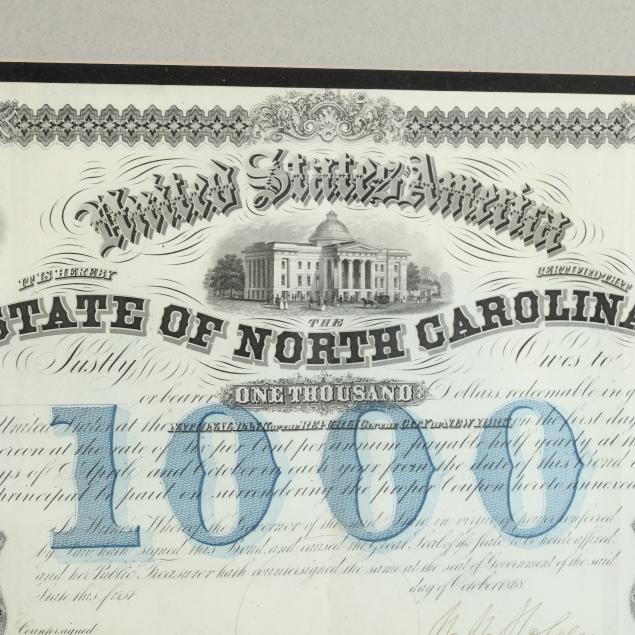 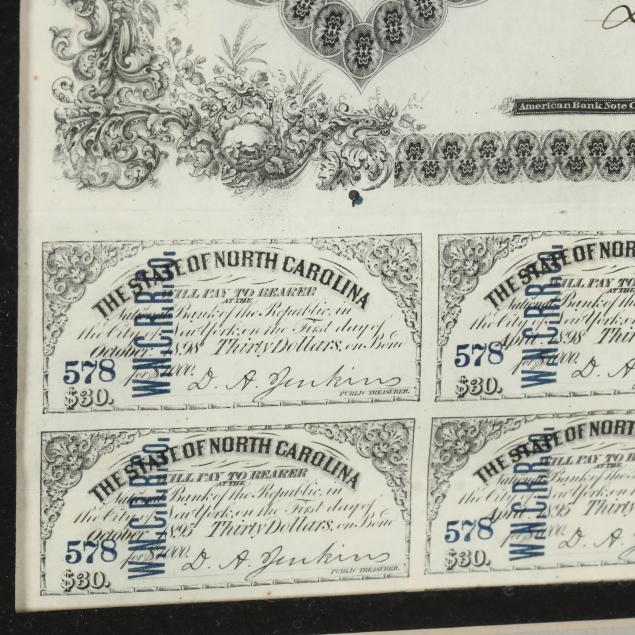 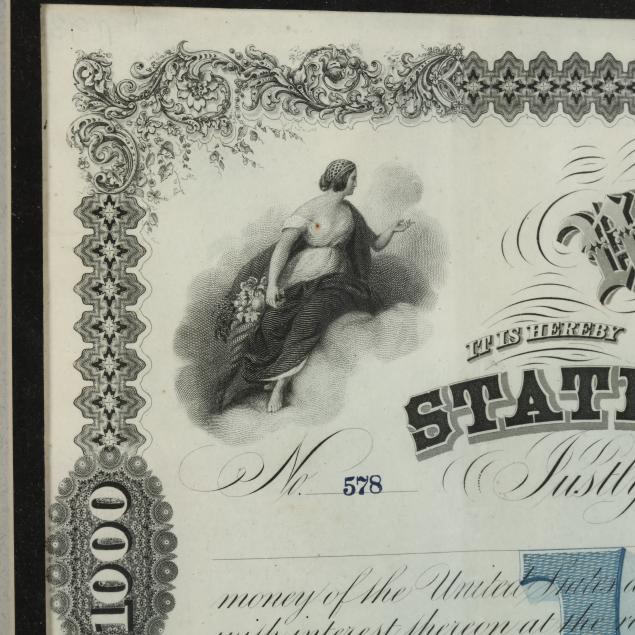 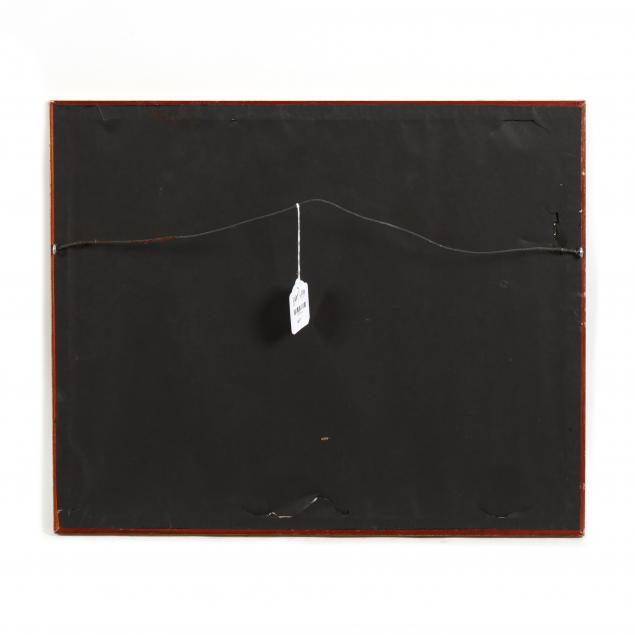