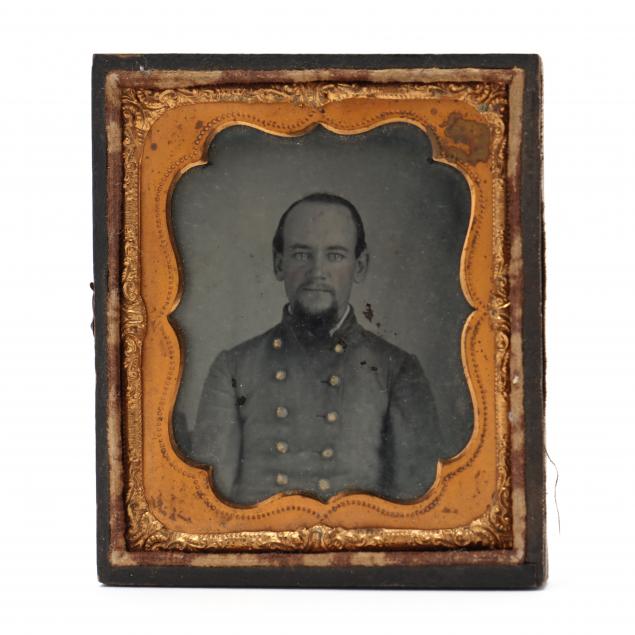 Lot 1358
Half Case Sixth Plate Ambrotype of a North Carolina Confederate Lieutenant
Lot Details & Additional Photographs
Identified as Wake County farmer Sidney A. Hinton, who enlisted as a private in Co. I, 6th NC Infantry on May 28, 1861 and was discharged for disability on September 20, 1861. Hinton later served as a 2nd and 1st lieutenant in Co. H, 47th NC Infantry between March 24 and August 11, 1862. He resigned given poor health. Hinton's regimental experience would have likely included First Manassas and the Peninsula campaigns. He is shown wearing an officer's double-breasted frock coat having what appear to be federal staff buttons on account of their starred border.

Some minor stains to the emulsion, else a good and clear image. 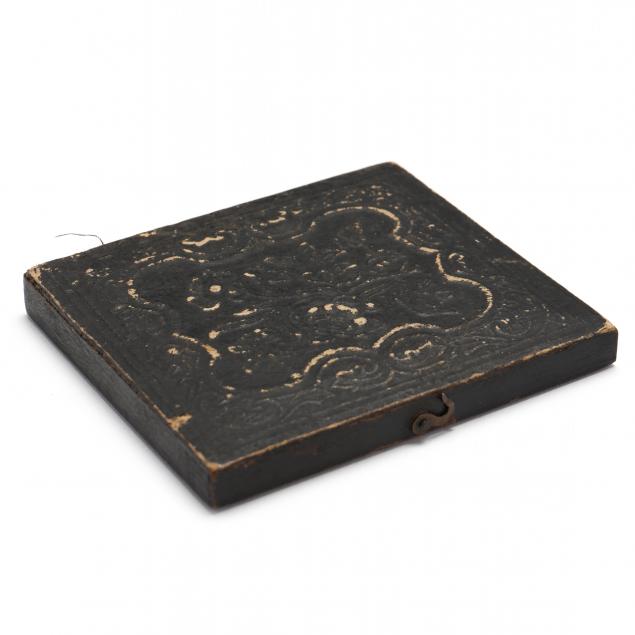 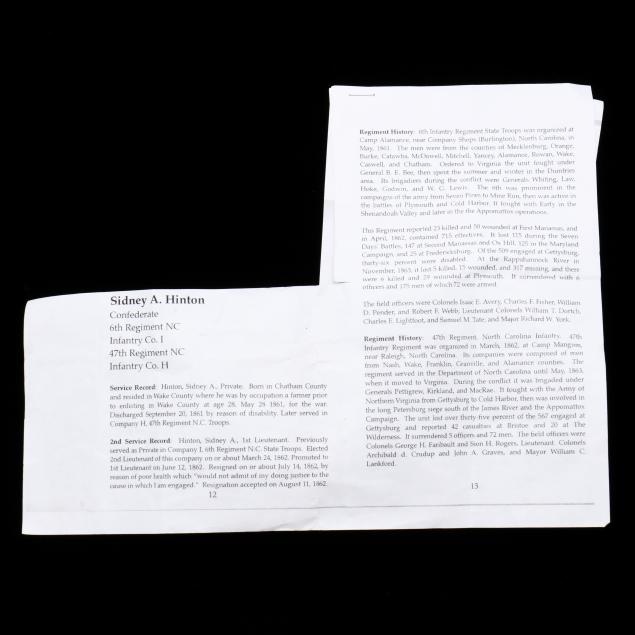