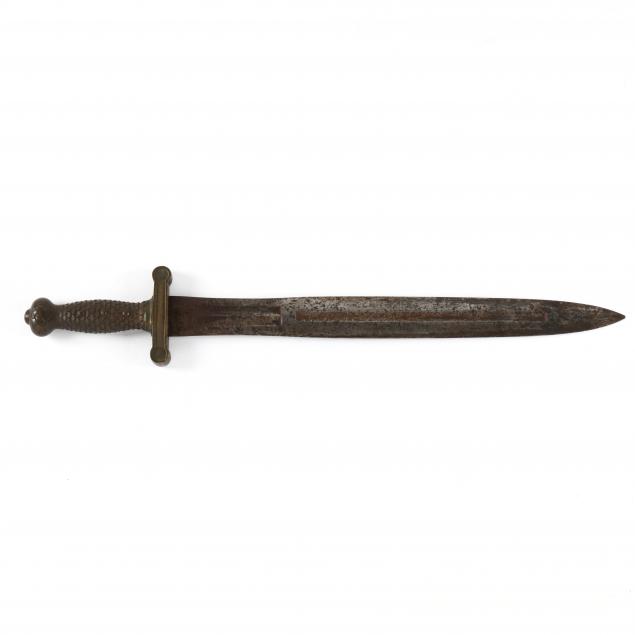 Lot 1335
Ames Model 1832 Artillery Sword
Lot Details & Additional Photographs
The 19 in. blade marked N. P. AMES / SPRINGFIELD under an eagle on one side and UNITED / STATES / 1835 on the other side; cast brass guard below a scaled grip, the pommel having an American eagle on both sides. Lacking scabbard.

The American M1832 artillery sword was patterned after the French model of 1816, which was ultimately based on the ancient Roman gladius. The U.S. model saw service through the Civil War. 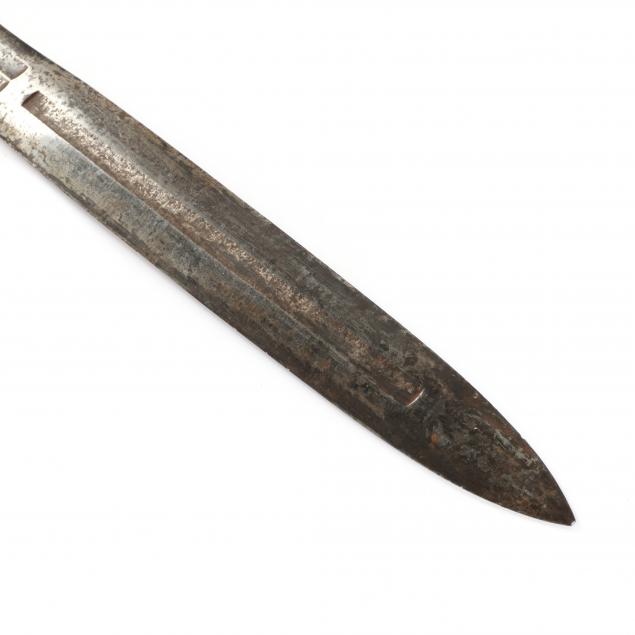 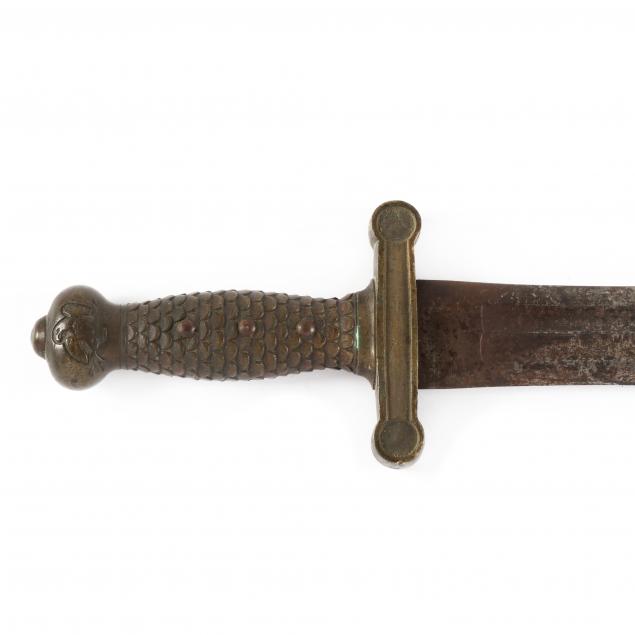 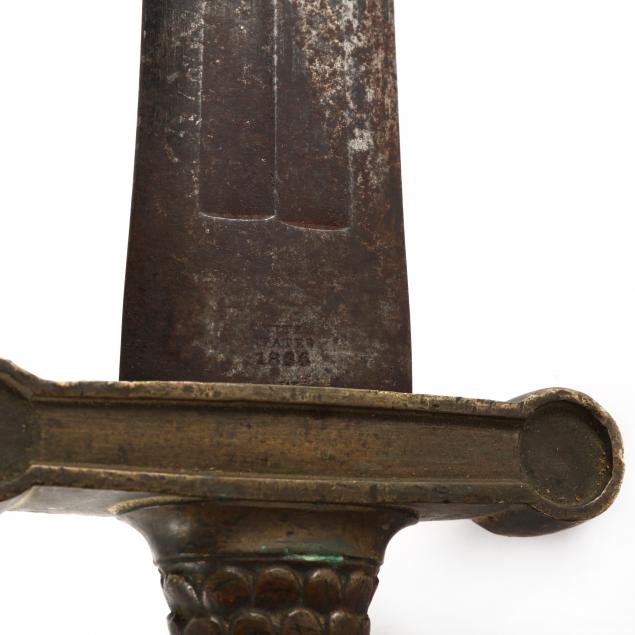 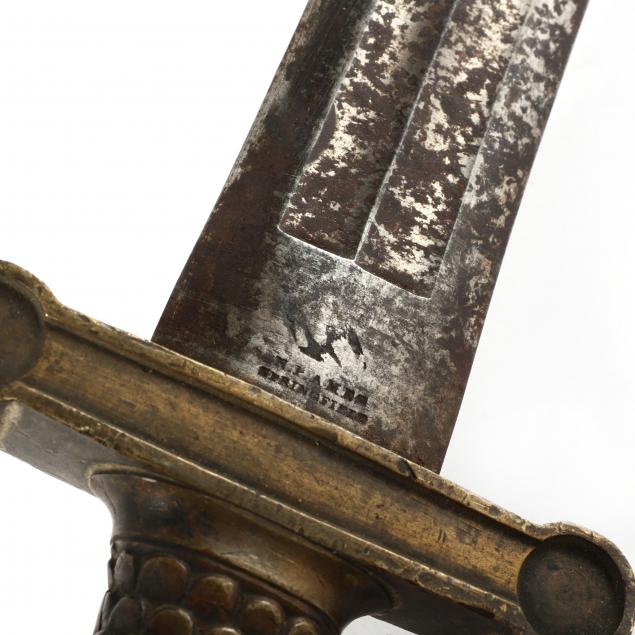 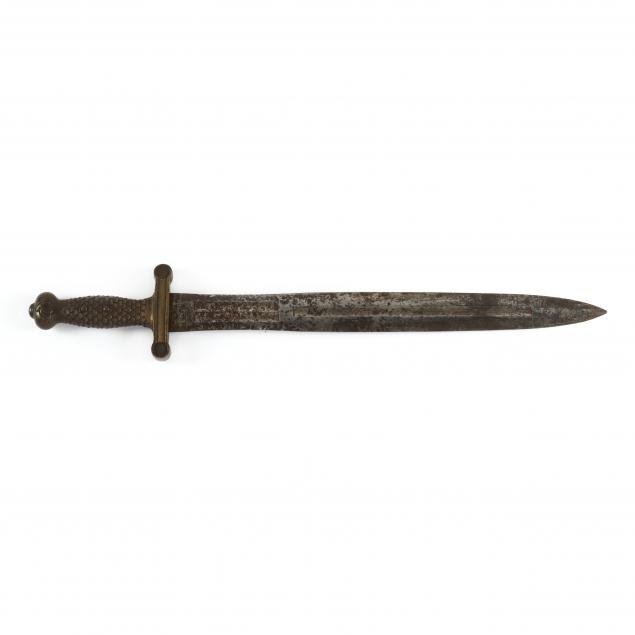