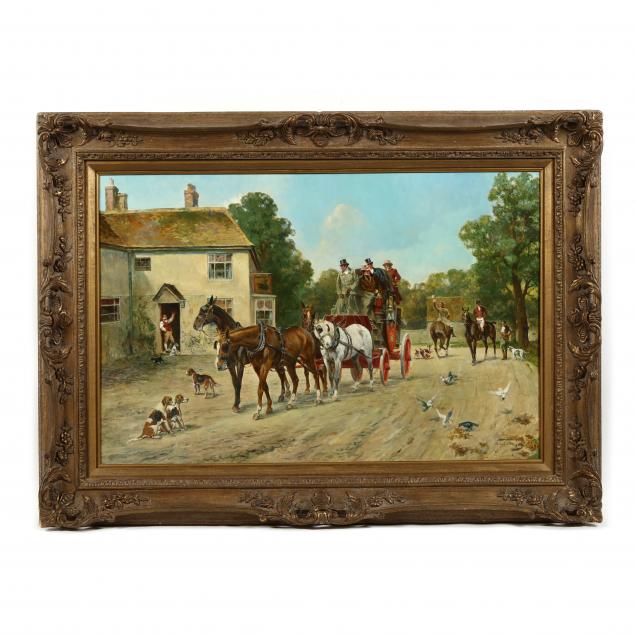 Gilbert Scott Wright is best known for his sporting and coaching scenes. He exhibited at the Royal Academy from 1909. During the 1930s, his paintings were used by the Princess Royal for her Christmas cards.

Three hounds were added to the composition and one hound has been retouched; overall in good estate condition and ready for display. 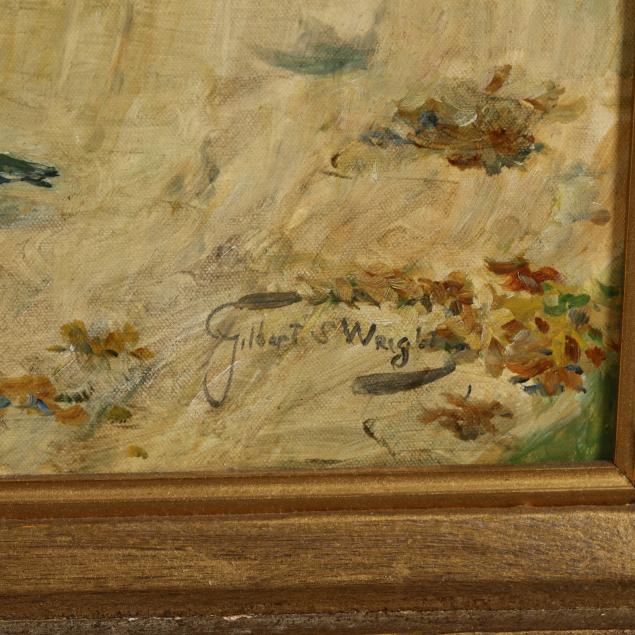 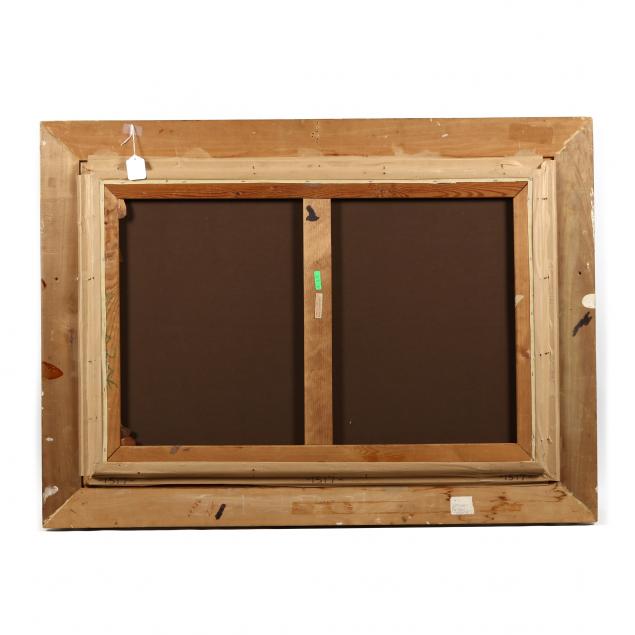