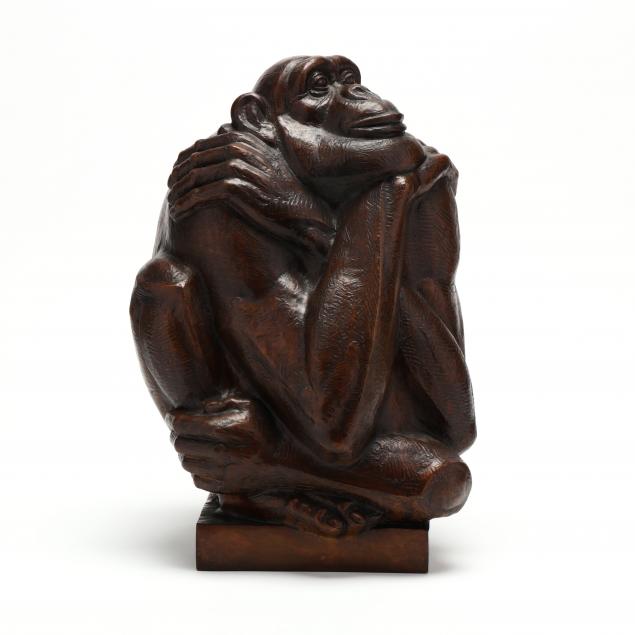 Marshall Maynard Fredericks studied at the Cleveland School of Art, graduating in 1930. Fredericks spent two years traveling and studying in Europe. Upon his return to the States in 1932, he accepted a teaching position at the Cranbrook Academy of Art and Cranbrook and Kingswood Schools in Bloomfield Hills, Michigan. Fredericks served in the Air Force from 1942 until 1945, after which he devoted himself to sculpting. His sculptures are found in prominent public and private collections throughout the world and include the Cleveland War Memorial, Ohio; The Spirit of Detroit, Michigan; God on the Rainbow, Nacka Strand, Sweden; and over ten original bronze sculptures installed at Brookgreen Gardens in Pawley's Island, South Carolina; and many others.

This bronze was commissioned by George C. Booth, founder of the Cranbrook Art Museum, in the late 1930s. Booth was fond of the Rodin bronzes at the entrance of the Detroit Institute of Arts and the Cleveland Art Museum and wanted his own "Thinker." Marshall Fredericks rose to the challenge, using a chimpanzee as the model for an endearing, humorous and thoughtful work of art. 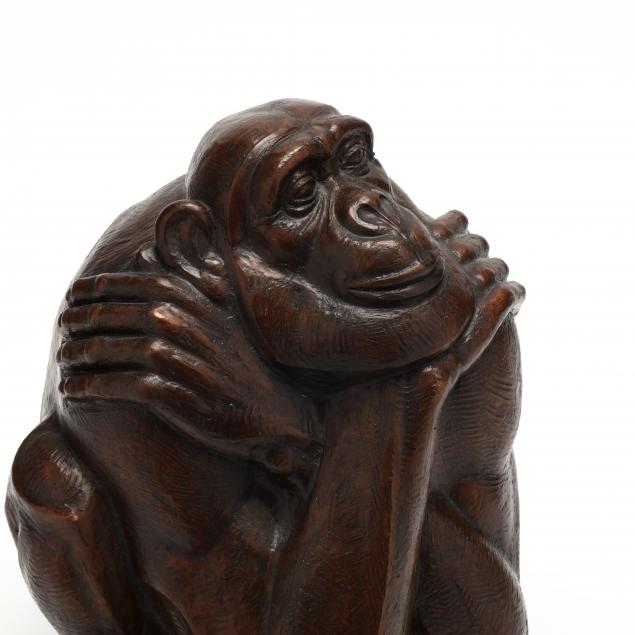 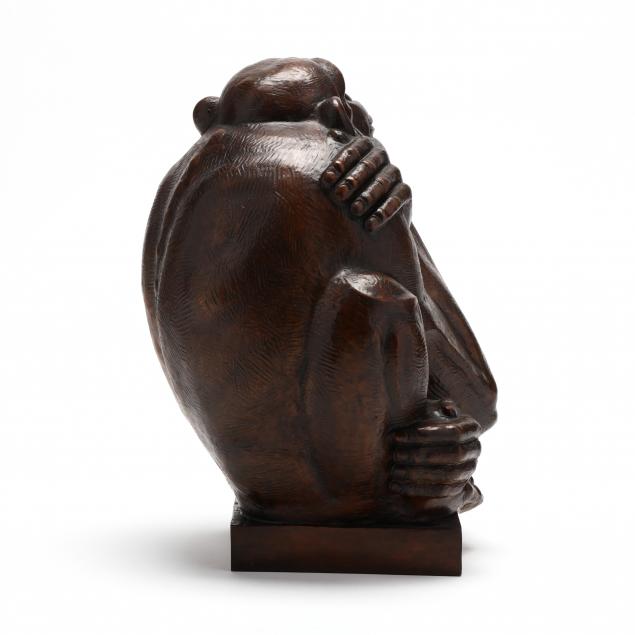 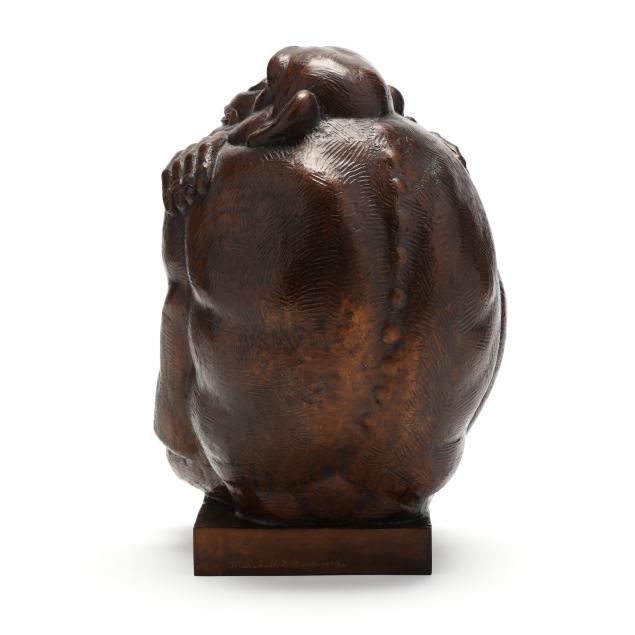 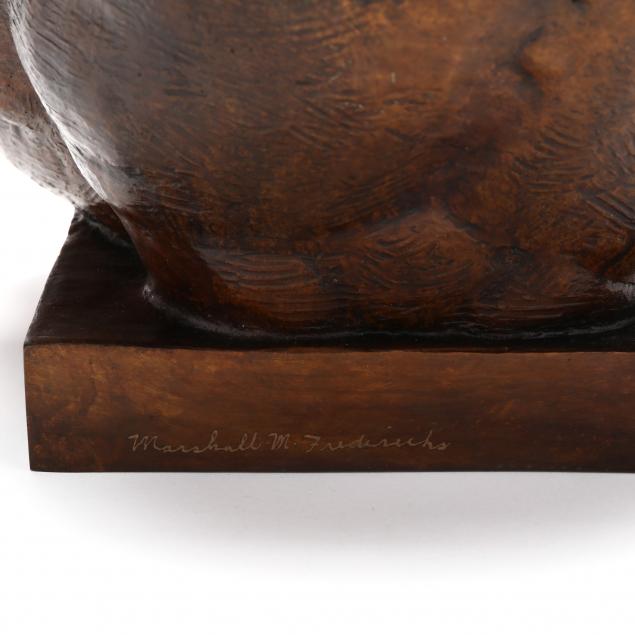 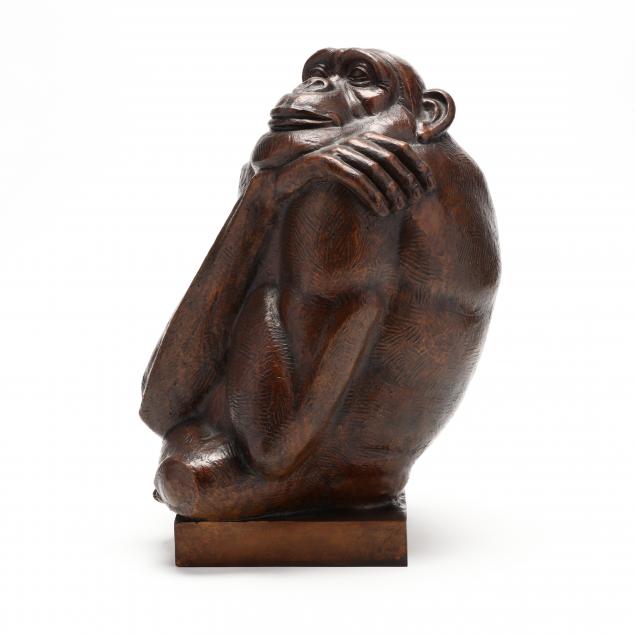 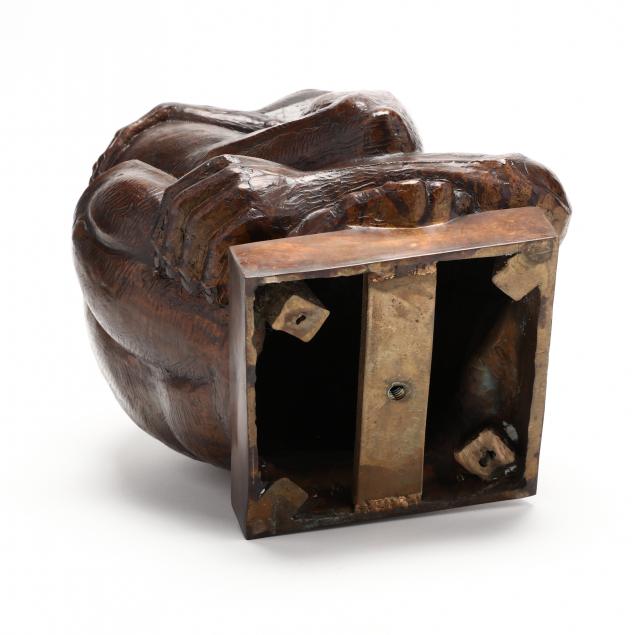