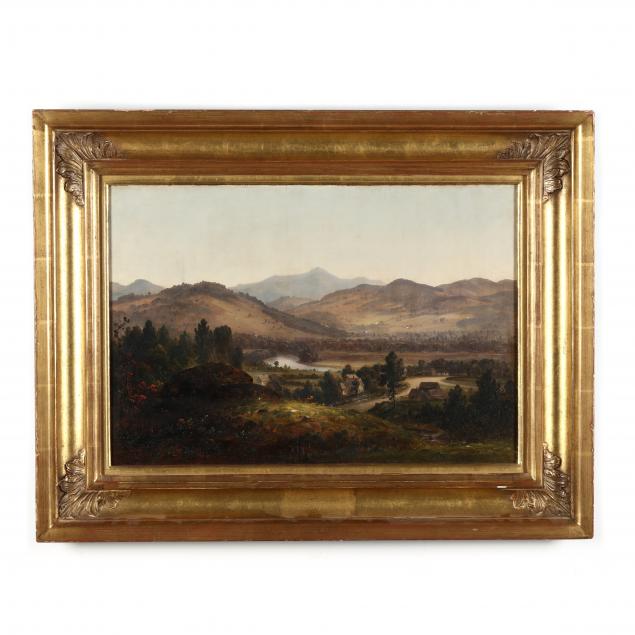 Thomas Addison Richards was born in London. His family immigrated to America in 1831, first moving to Hudson, New York and then to Charleston, South Carolina. By 1838, his family was in Georgia and Richards was in Augusta. While in Augusta, Richards taught drawing and painting lessons. He was also contributing his own work documenting his travels throughout the state of Georgia and the South, both written and illustrated, for publication in several different periodicals.
In 1844, Richards settled permanently in New York City. He began teaching again, but also enrolled at the National Academy of Design. He was well known for his romantic American landscapes, especially those of the South. Engravings after his paintings were published in many popular books and magazines including the Knickerbocker, Harper's, Southern Literary Gazette, and Appleton's Illustrated Handbook of American Travel.
As the market for scenes of the South dwindled prior to the Civil War, Richards focused more on his teaching. He served as the first director of the Cooper Union School of Design for Women and also taught at New York University for twenty years. His own painting output switched from landscapes to still lifes.

On new stretchers; minor scattered retouch visible under UV light; some rubbing and chipping to frame. 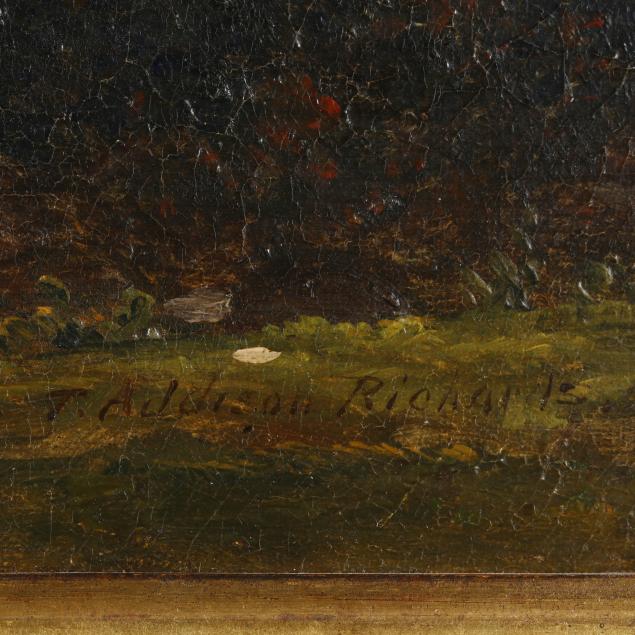 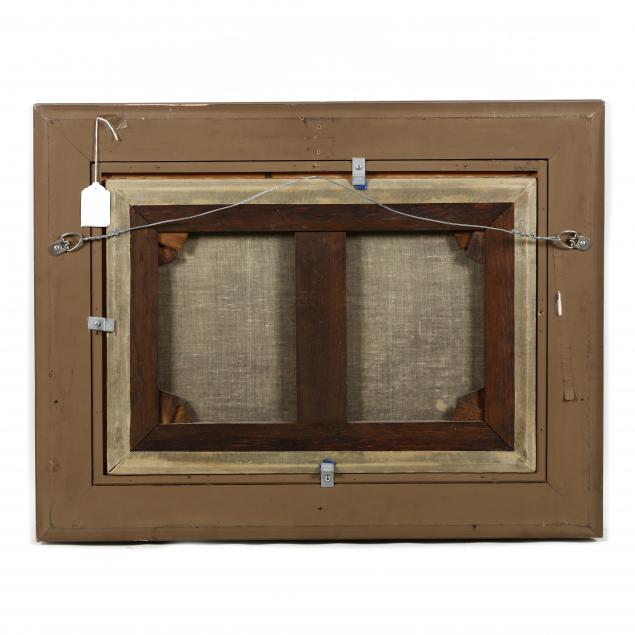