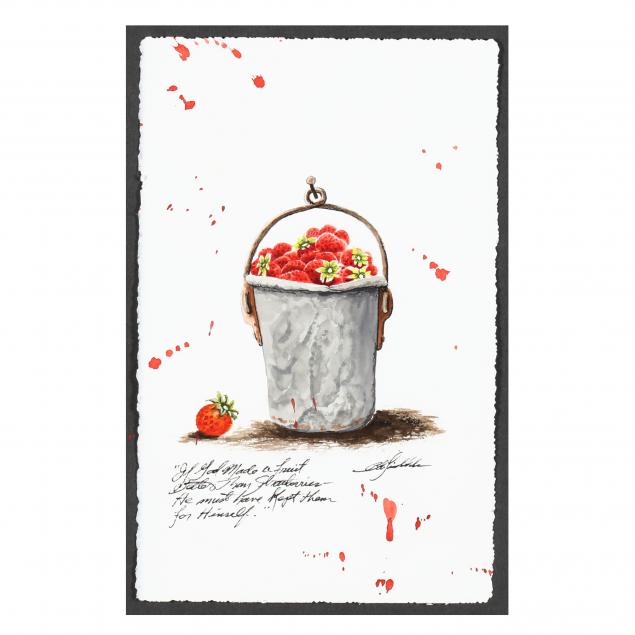 Lot 1243
Bob Timberlake (NC, b. 1937), A Bucket of Strawberries
Lot Details & Additional Photographs
Watercolor and ink on hand-made paper with deckle edge, signed at lower right, inscribed "If God Made a fruit Better than Strawberries - He must have kept them for Himself," float mounted and framed under glass. 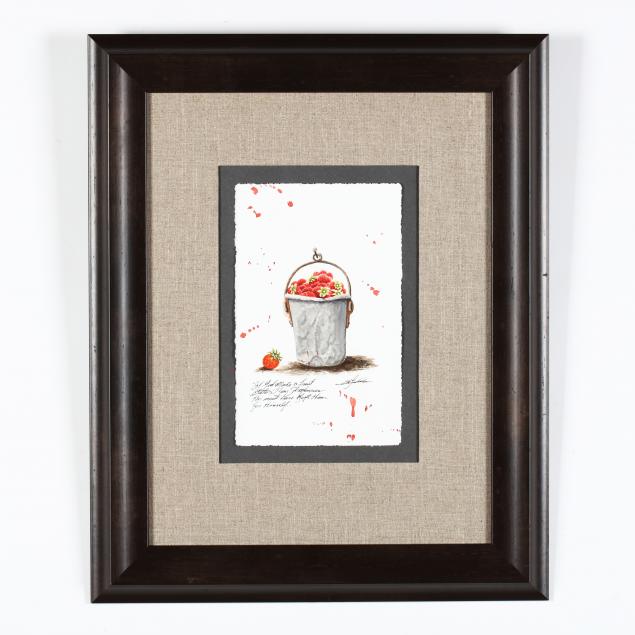 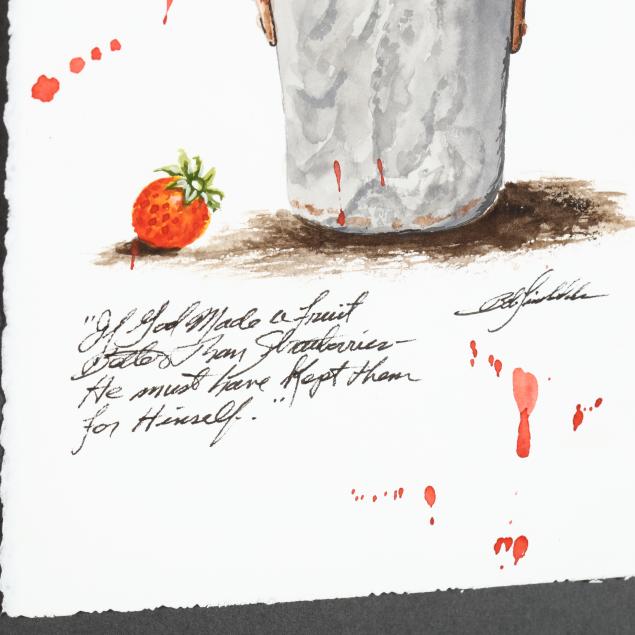 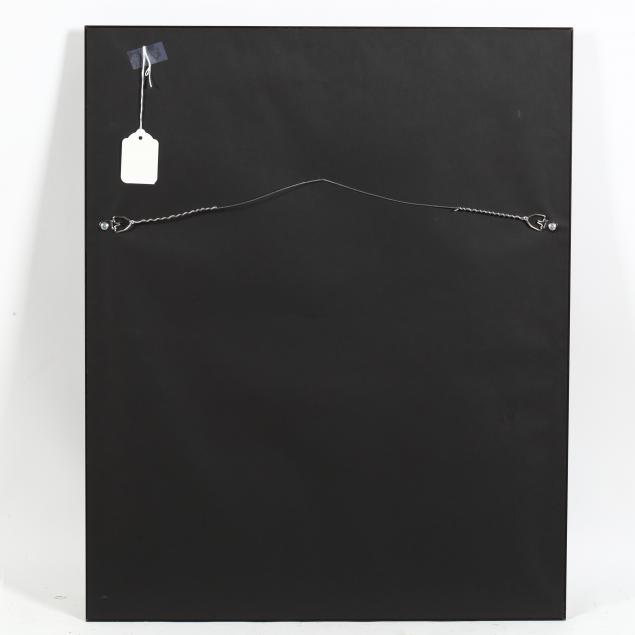