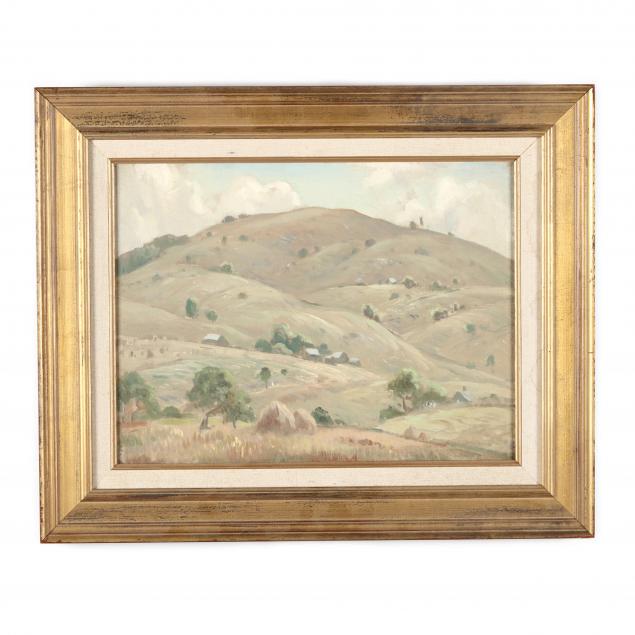 The son of an artist, Eliot Candee Clark is best known for his impressionist landscapes. His studies included two months at the Art Students League of New along with years of traveling and painting with his father and his father's friends at art colonies in Annisquam and Gloucester, Massachusetts, Chadd's Ford, Pennsylvania and Ogunquit, Maine. He also traveled in Europe and was particularly struck by the work of Whistler.

Clark led a relatively nomadic lifestyle - traveling and painting landscapes from the American Southwest, to India, the American South, and New England. The gently rolling hills of Virginia were a particular draw. By 1959, he put down roots near Albemarle, Virginia.

Clark was a member of a multitude of organizations, including the National Academy of Design, the American Watercolor Society, Allied Artists of America, Salmagundi Club, and many others. He also exhibited widely during his lifetime and his work may be viewed in numerous public collections including Georgia Museum of Art, Smithsonian American Art Museum, Telfair Museum of Art, and The Johnson Collection.

No evidence of retouch under UV light; staining to linen liner; some rubbing and discoloring to frame. 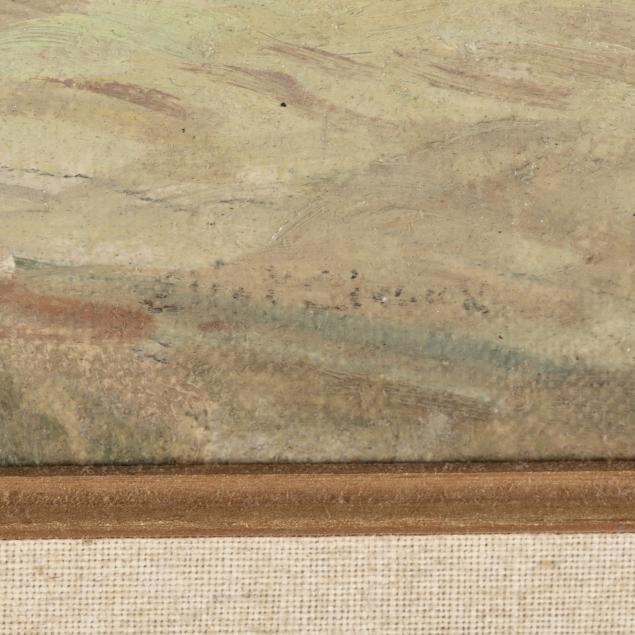 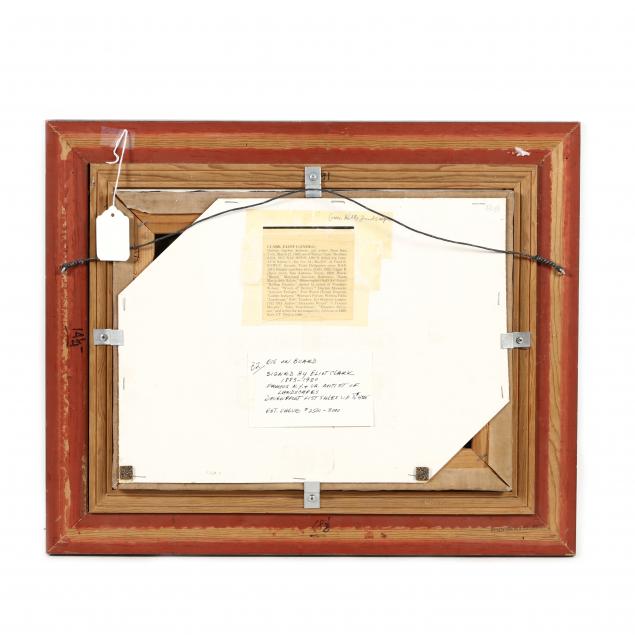 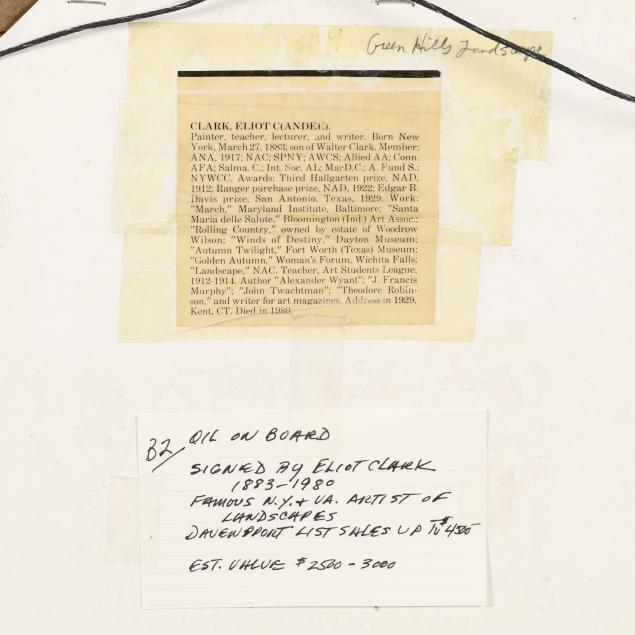