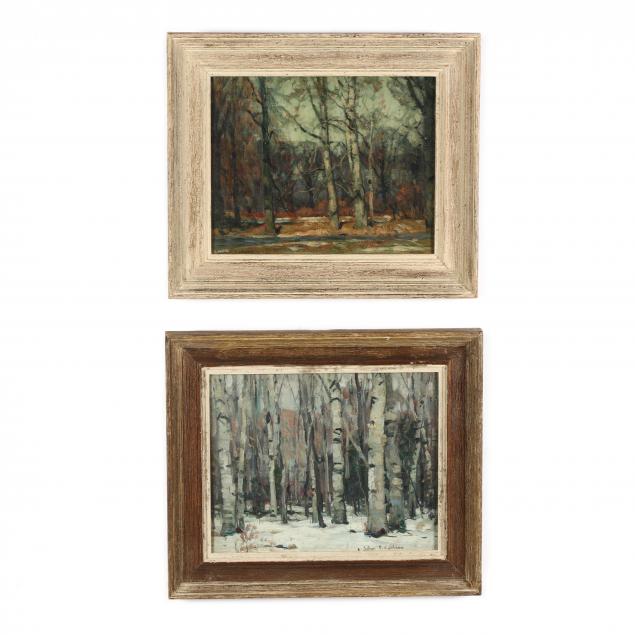 Lot 183
John Fabian Carlson (American, 1875-1947), Two Landscape Paintings
Lot Details & Additional Photographs
Both oil on canvas board; the first inscribed by the artist on the verso "Silvery Groves / John F. Carlson" and signed at lower right (light surface grime); the second inscribed by the verso "The Brookside / John F. Carlson" and signed at lower left (warp to board); both retaining Grand Central Art Galleries, Inc. labels to the verso.

John Fabian Carlson was born in Sweden and immigrated to the United States with his family in 1884. They settled in Buffalo, New York and Carlsen began his art studies at the Art Students League of Buffalo. In 1903 or 1904, Carlson went to study with Lovell Birge Harrison at the Byrdcliffe Colony in Woodstock, New York. His association with the Woodstock area would continue throughout his lifetime, culminating in his founding of the John F. Carlson School of Landscape Painting in 1922. 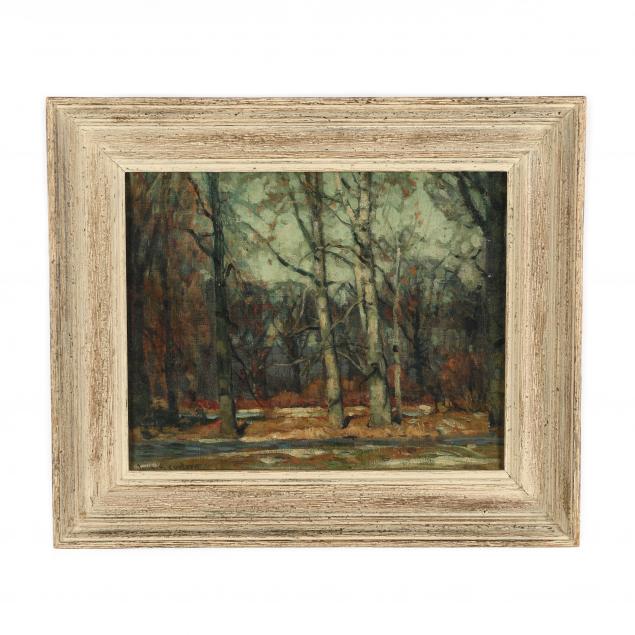 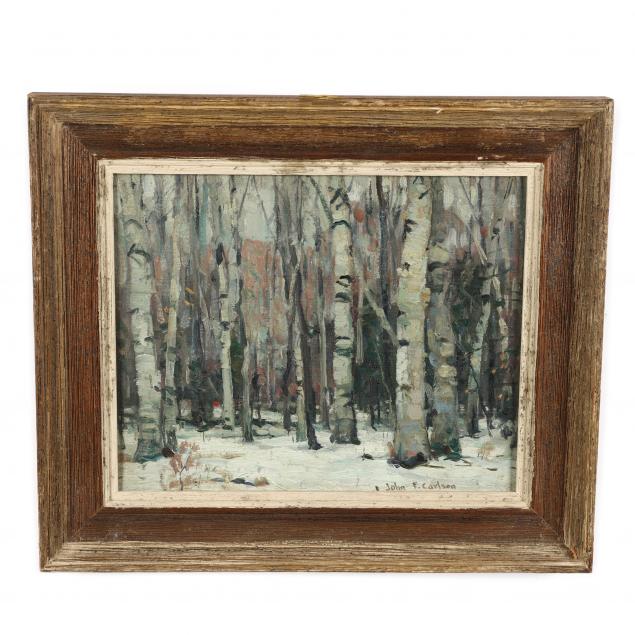 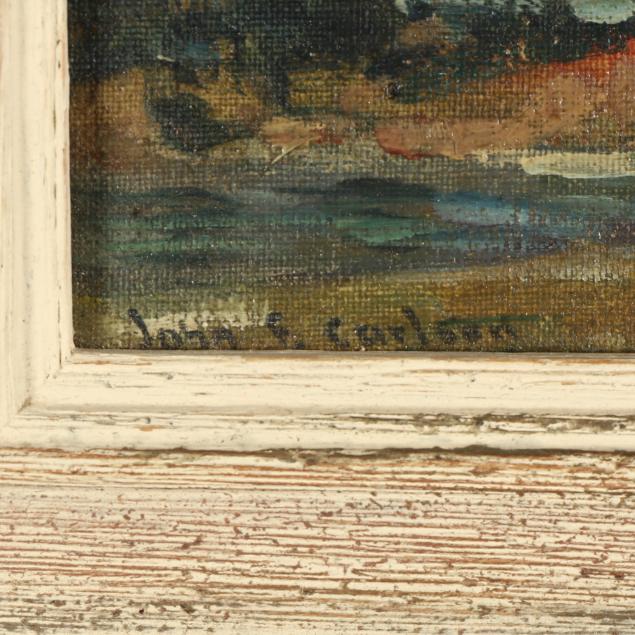 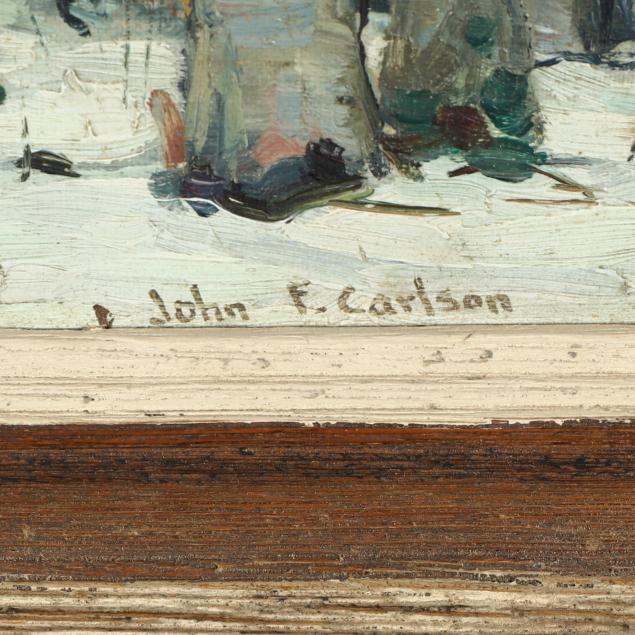 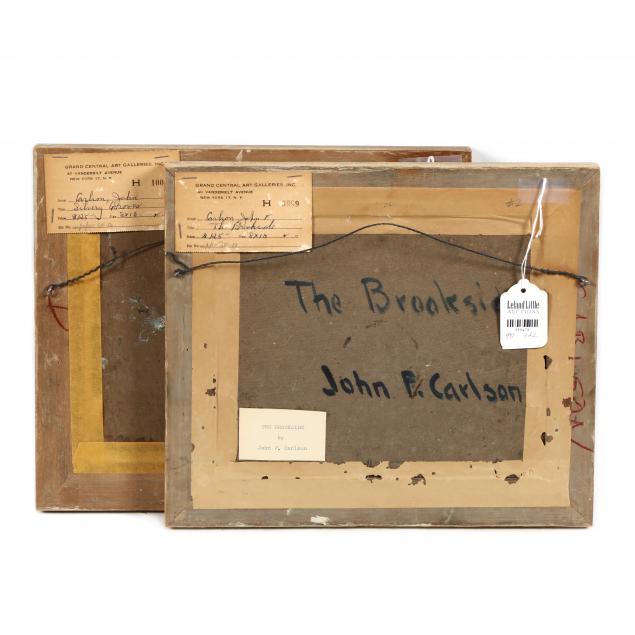