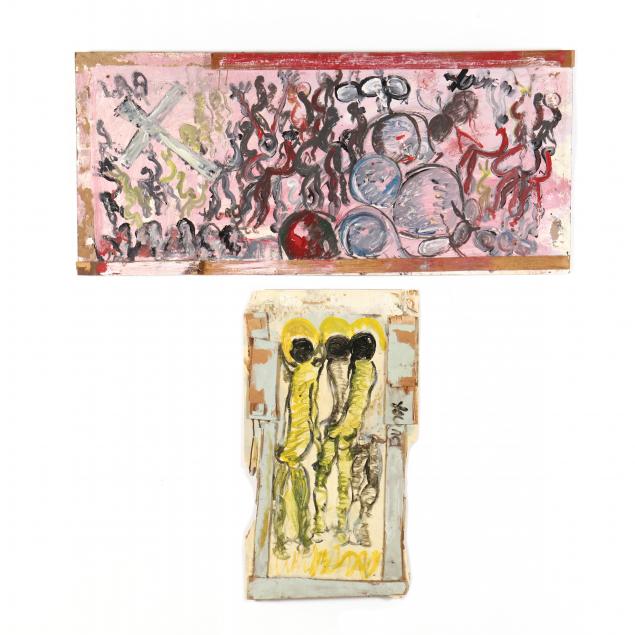 Lot 384
Purvis Young (FL, 1943-2010), Two Figural Works on Panel
Lot Details & Additional Photographs
The first an oil on found tempered hardboard, depicting a crowd of figures on a pink ground carrying a cross towards Mount Calvary (22 x 48 in.); the second an oil on plywood panel, reinforced with wood battens to verso, signed to right side, depicting three standing angels (31 x 17 in.). 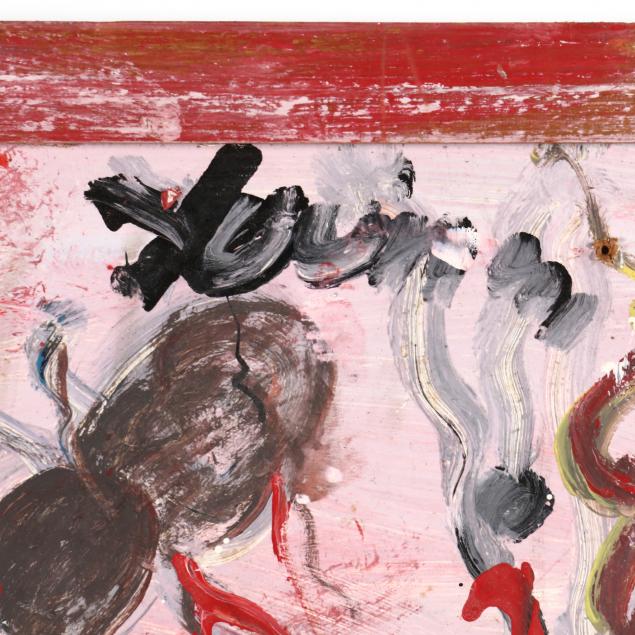 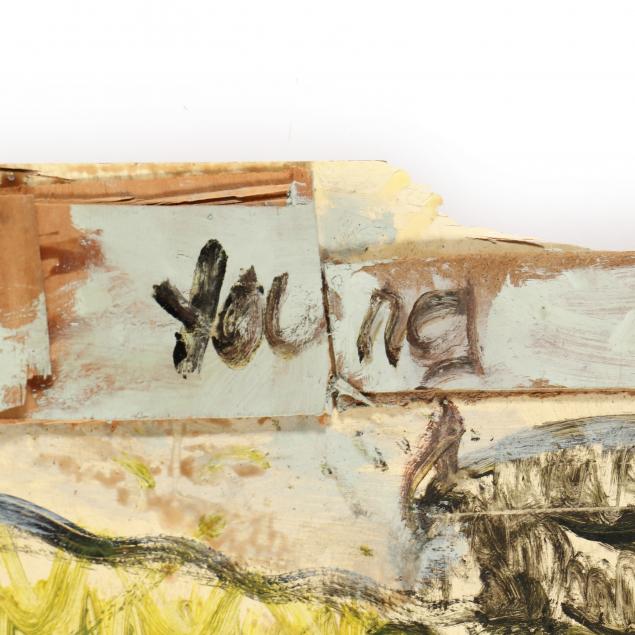 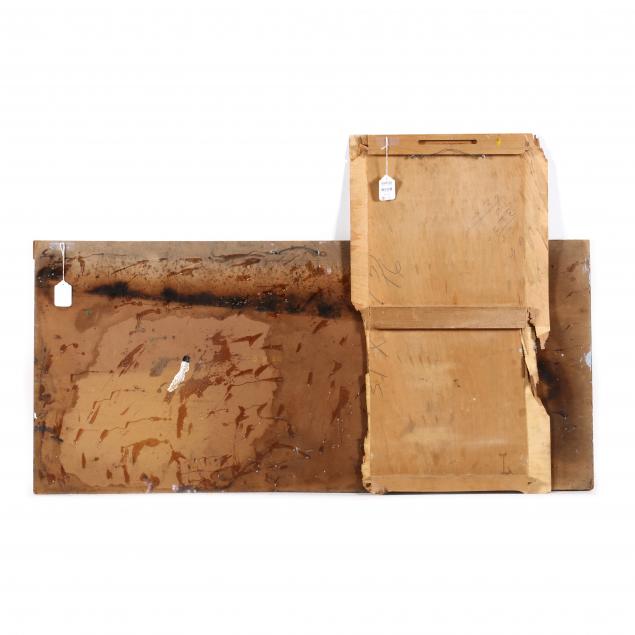