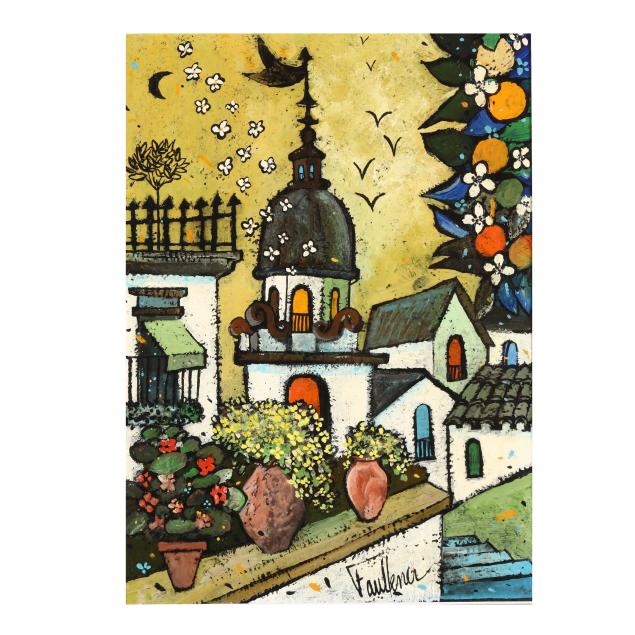 From the Collection of the late Florence Weil, New Hope, Pennsylvania

Henry Faulkner was raised as an orphan in Falling Timber Branch, Kentucky. After being thrown out of his last foster placement for his effeminate nature, he moved to Louisville and enrolled in the Junior Art School. He spent the next several years working various odd jobs around the country, but briefly studied at both Berea College in Kentucky and the Corcoran School in Washington, D.C. Faulkner's time in D.C. would turn out to be his most formative. It was at the urging of Ezra Pound, a fellow inpatient at St. Elizabeth's Hospital, that Faulkner was convinced to devote his talents as a poet and painter.

Falkner garnered much critical success for his joyful and vibrant paintings. His work was collected by such celebrities as Vincent Price and Bette Davis. He cultivated a long-time intimate friendship with Tennessee Williams, which further fueled his artistic output. The boy without a home found himself traveling the world, Key West to Sicily, but always returning to Kentucky.

The present painting is from Faulkner's mature period and dates to circa 1970. Although untitled, it likely depicts a partially imagined view of Taormina in Sicily. 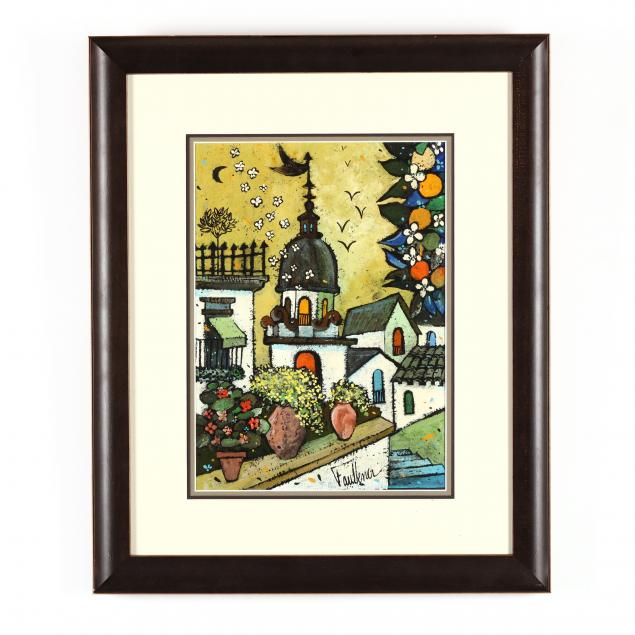 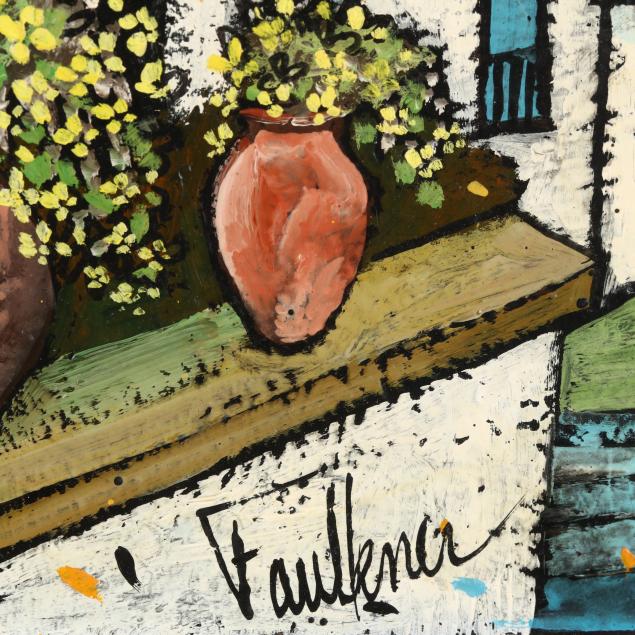 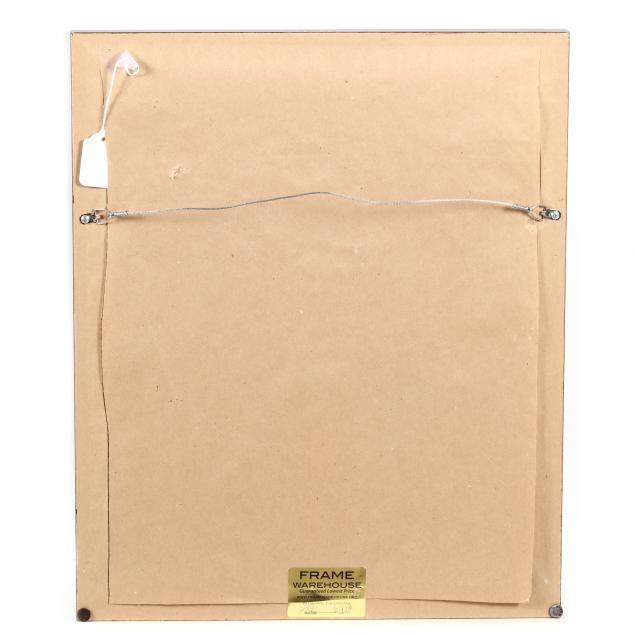 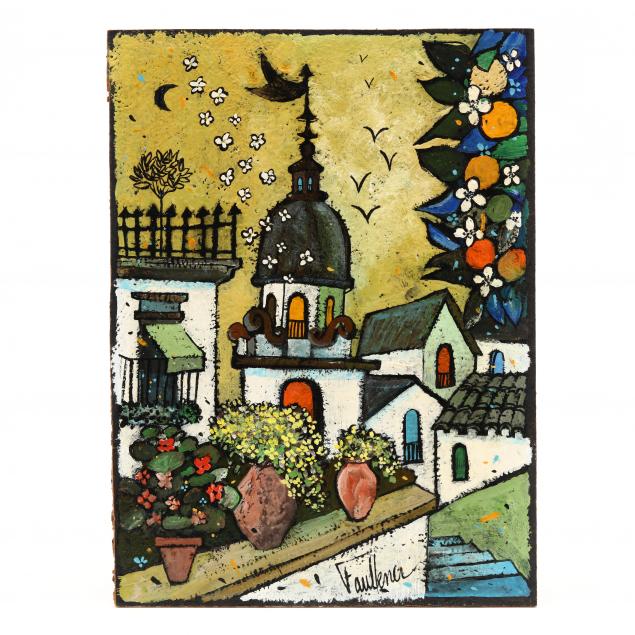 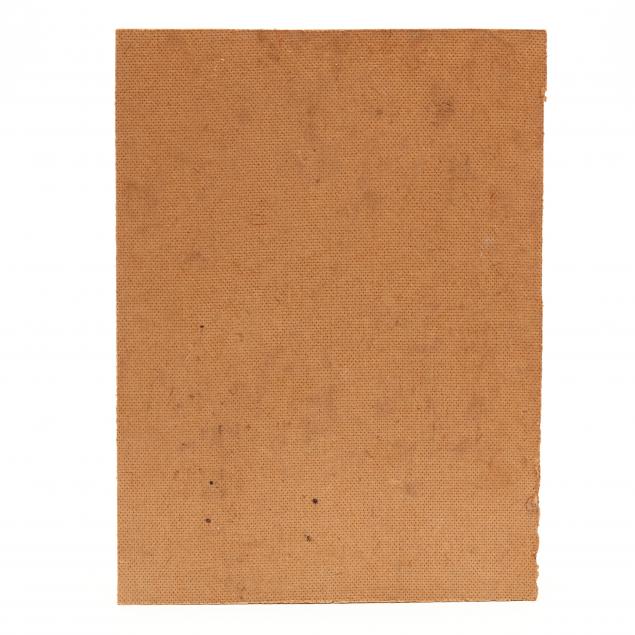