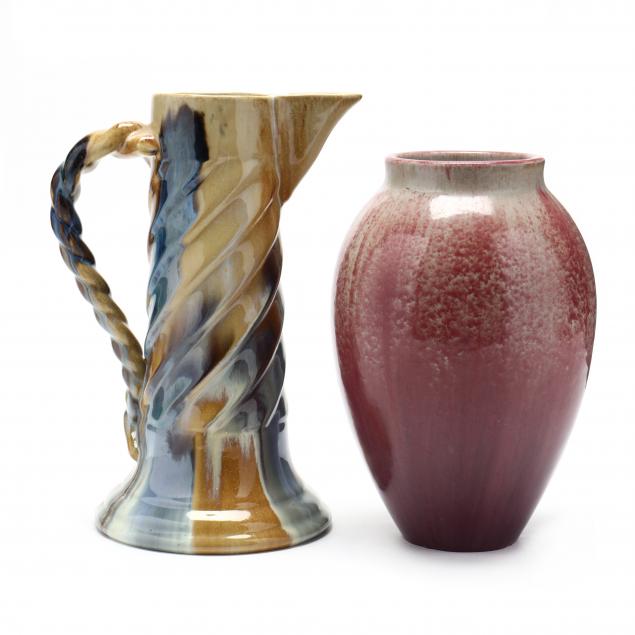 From the Collection of Mr. and Mrs. Harrison Smith, Salisbury, North Carolina

Rare Fulper English arts, & crafts, style vase - #541 Flower Flagon in "Rainbow Flambé" Glaze. Introduced in 1916 and available only in the Rainbow Flambé shown here (but it was possible to special-order the shape in different finish, but at double the catalog price of $ 4.50). This vase designed by John Obden winner Kugler to coordinate with the English oak and Spanish revival styles becoming popular prior to world war one. Sadly, both the # 541 Flower Flagon vase shape and the rainbow Flambé Glaze finish were discontinued in 1918. The two-year prod

Vase with hairline from the rim curving into the body approximately 6.5 in. 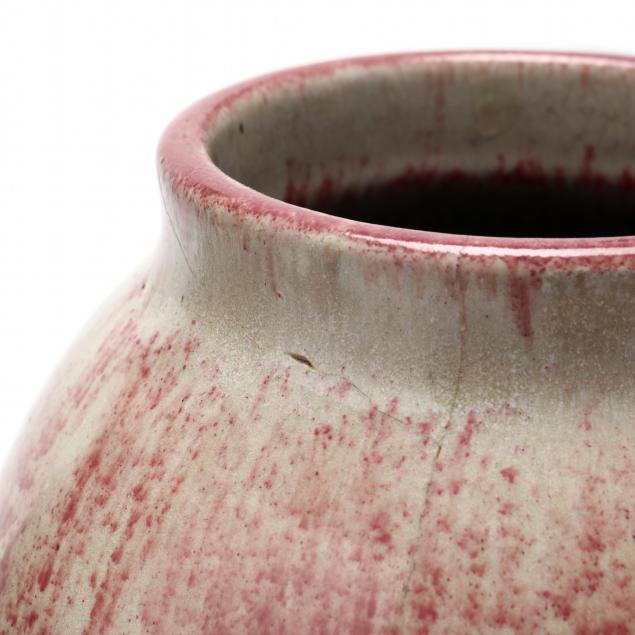 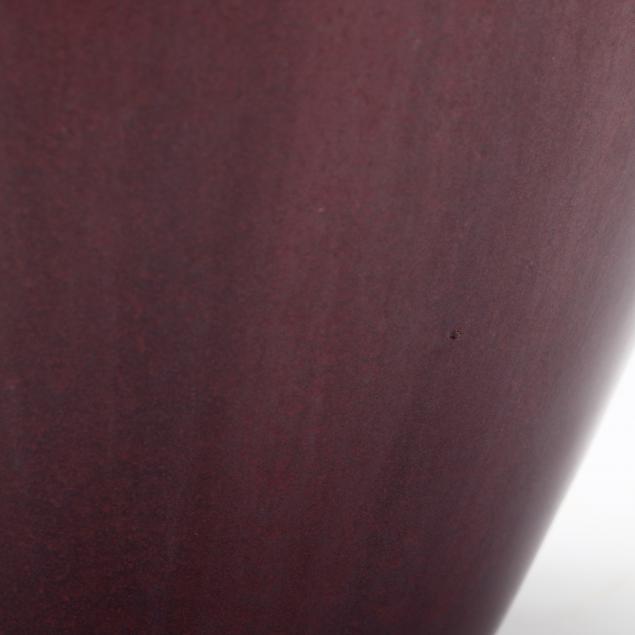 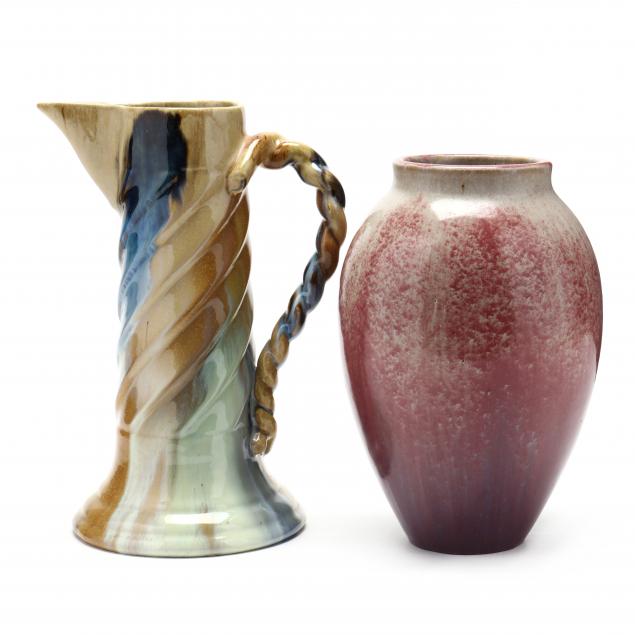 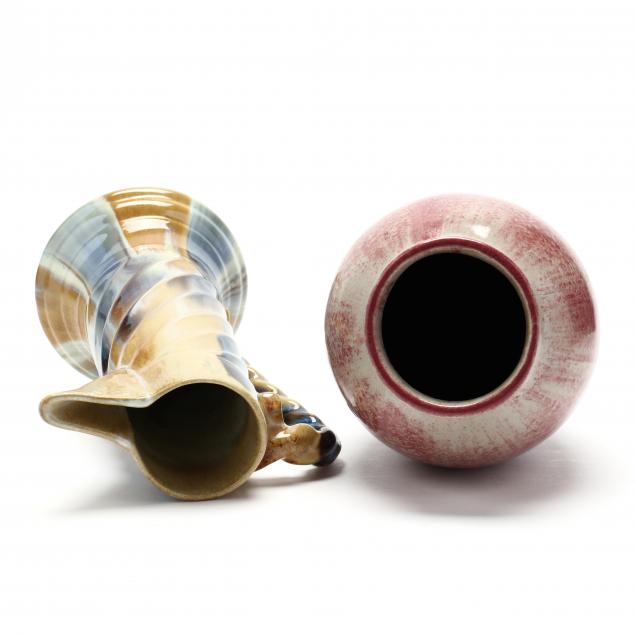 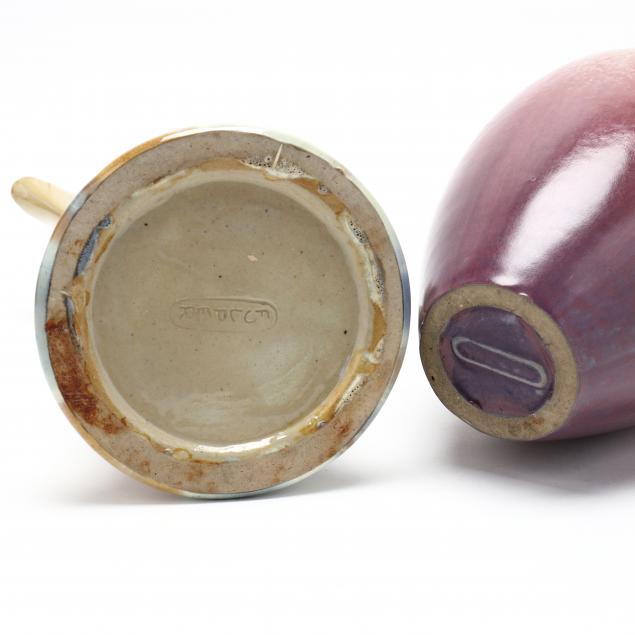