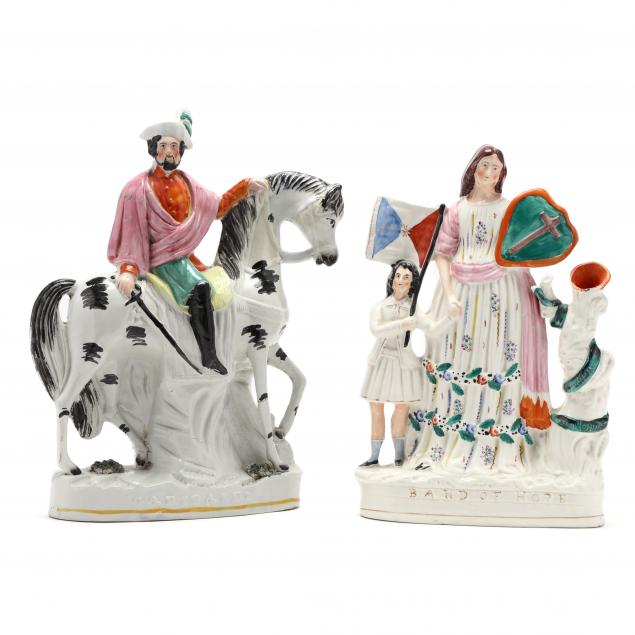 Lot 190
Two Large Political Staffordshire Figurines
Lot Details & Additional Photographs
The first is titled at the base "Band of Hope", mid-19th century spill vase, comprising a woman standing upon an oval base, holding a shield emblazoned with a Cross in her left hand, the hand of a small boy in her right, with the title in raised gilt capitals. The boy stands by her right side, holding a flag above his head, the spill vase forming a tree trunk to her left, a snake entwined around it. The Band of Hope was founded in Leeds in 1847, as a temperance organization for working-class children who had taken the pledge (14 x 9 in.) (several firing cracks); the second is "Garibaldi" posed on horseback (15 in.) (area of flaking near hoof). 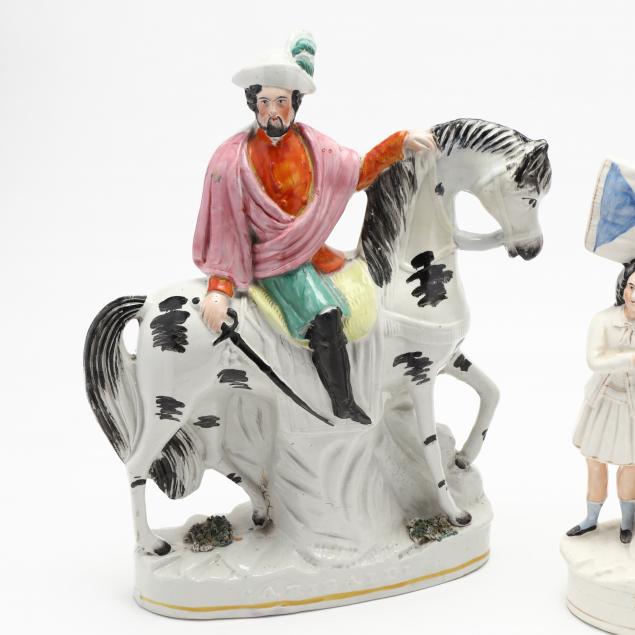 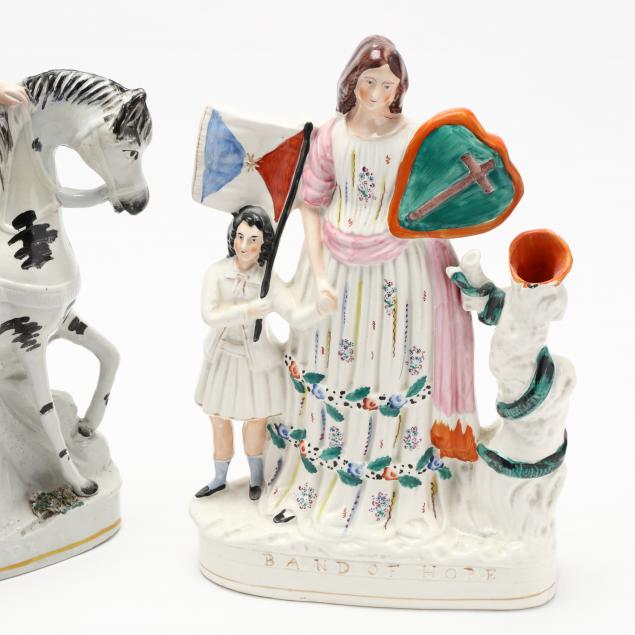 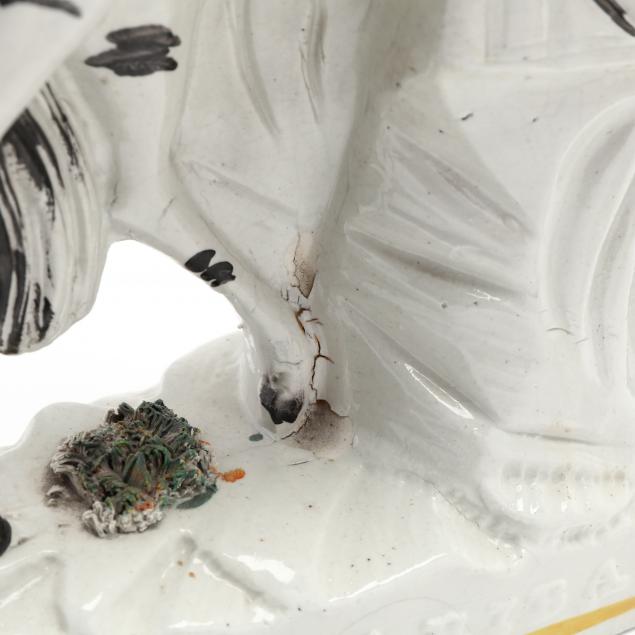 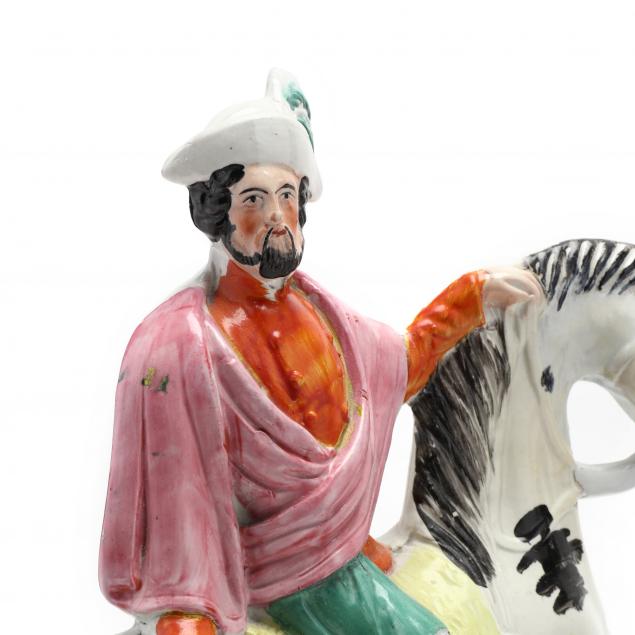 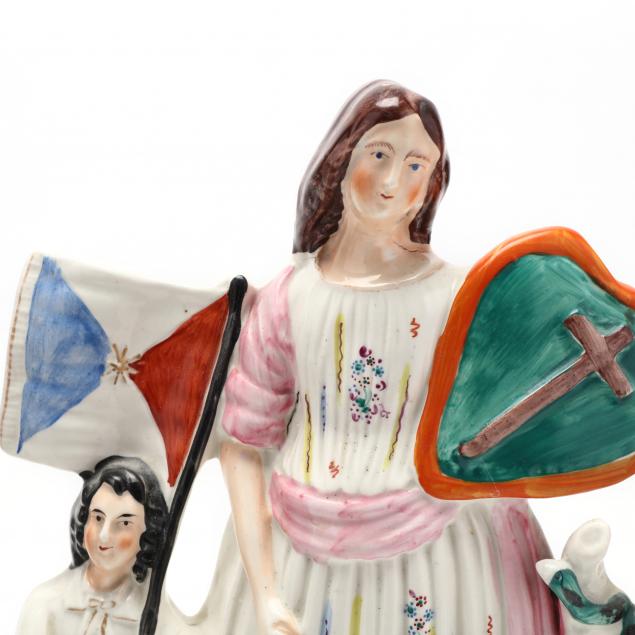 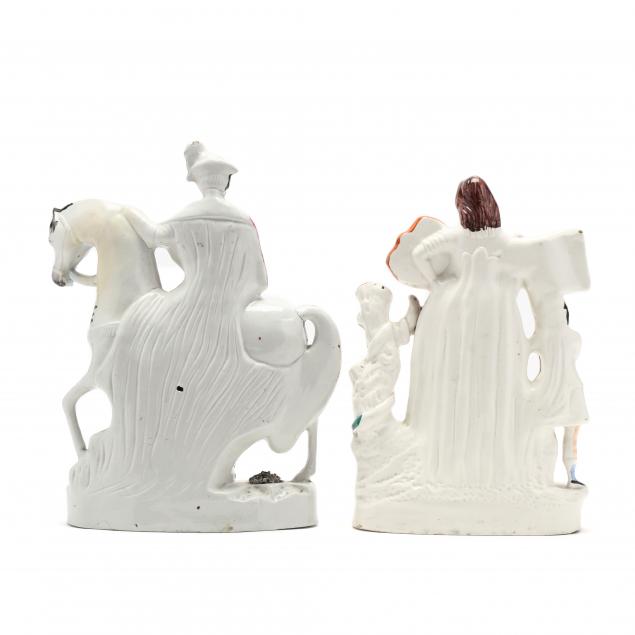 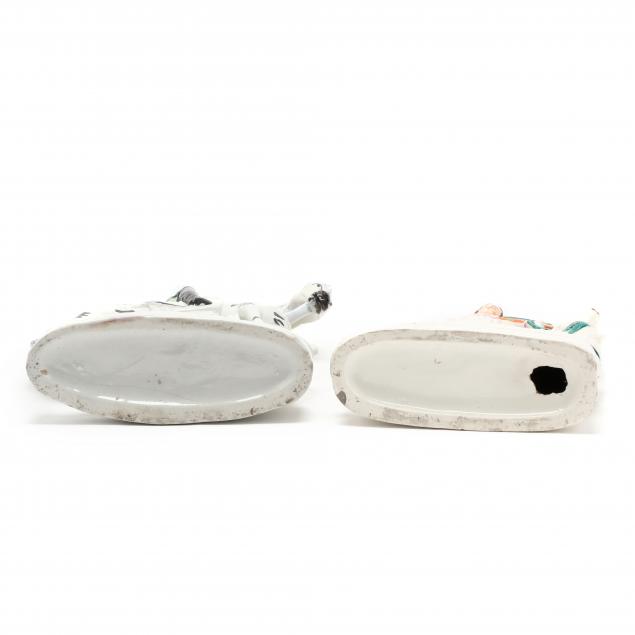