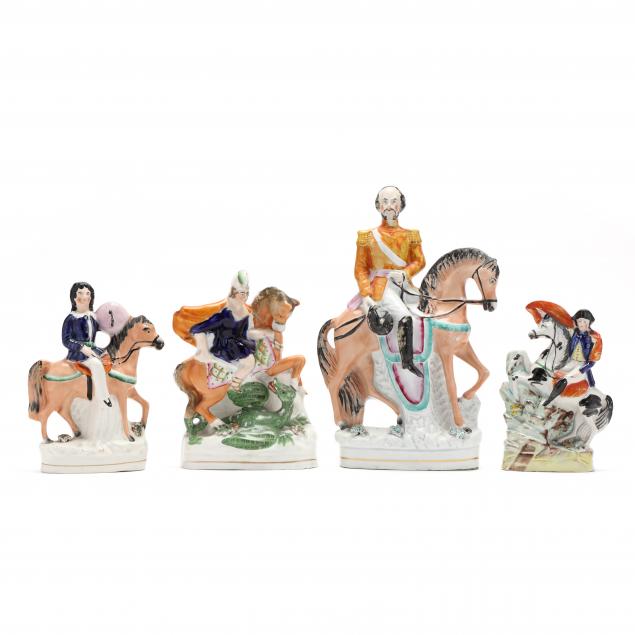 Lot 194
Four Staffordshire Equestrian Figurines
Lot Details & Additional Photographs
The first depicts the Chief of Staff during the Crimean War, General James Simpson captured Sebastopol in 1855 (7 in.) (crazing); a young man on a pony (7 3/4 in.); the third depicts a Prussian general (11.75 in.) (some original poor paint coverage to boots and hat); the fourth is a mid-19th century image of St. George drawing his sword, the dragon below (8 1/4 in.) (paint losses to dragon). 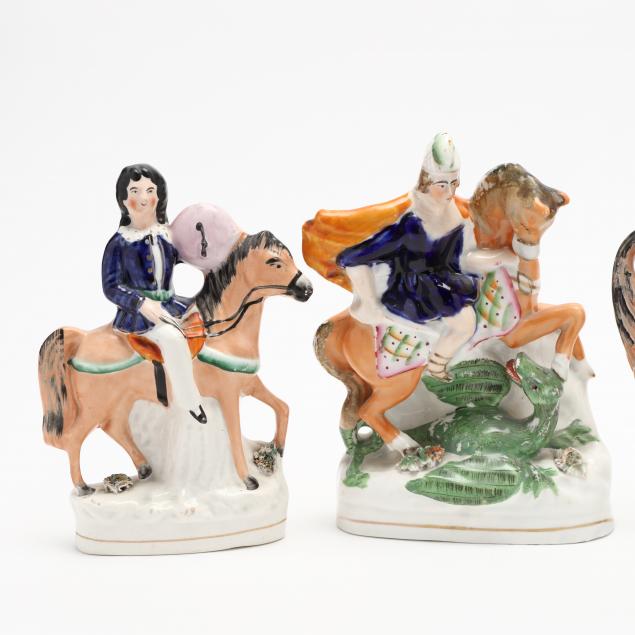 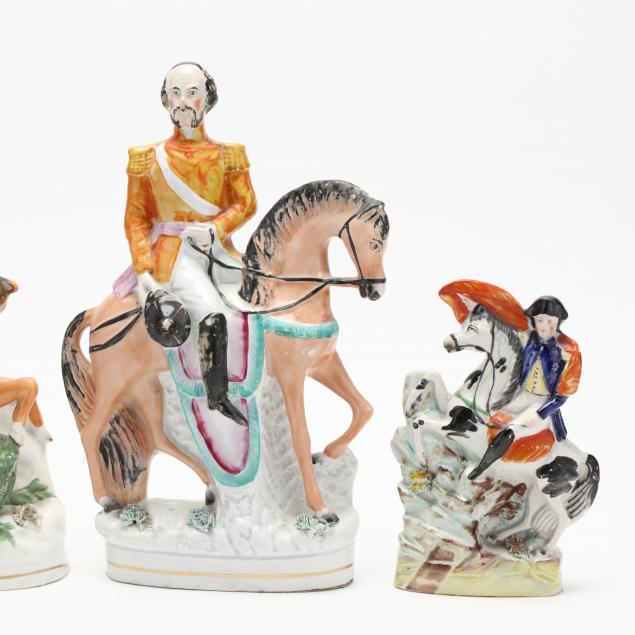 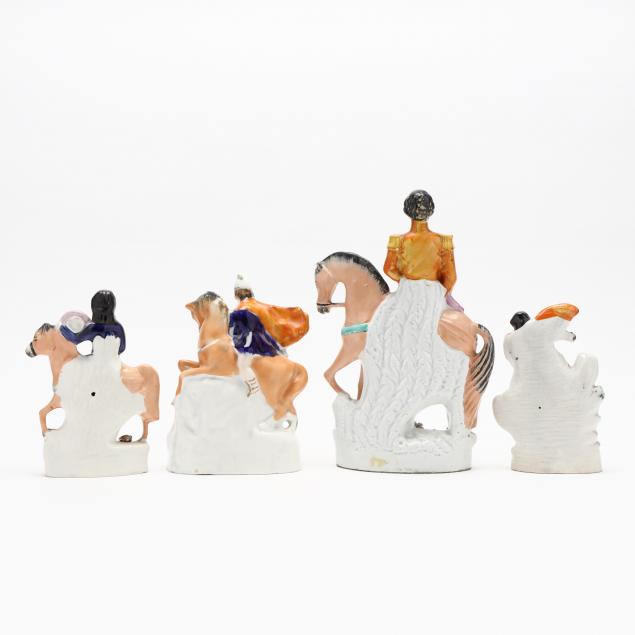 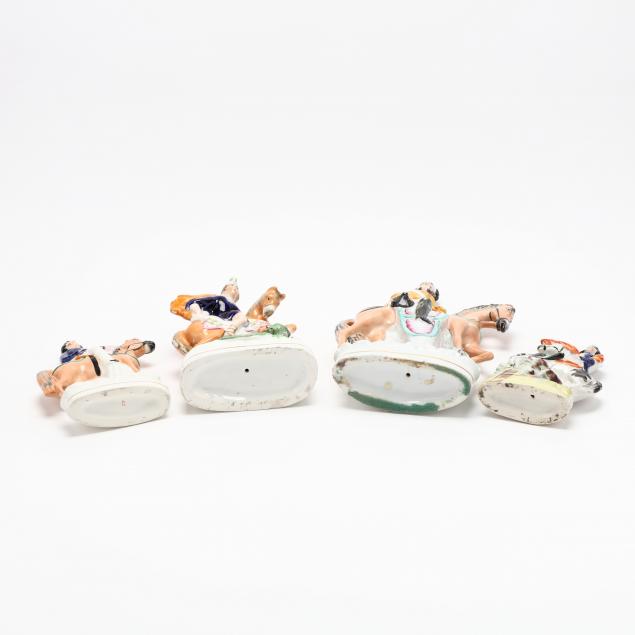