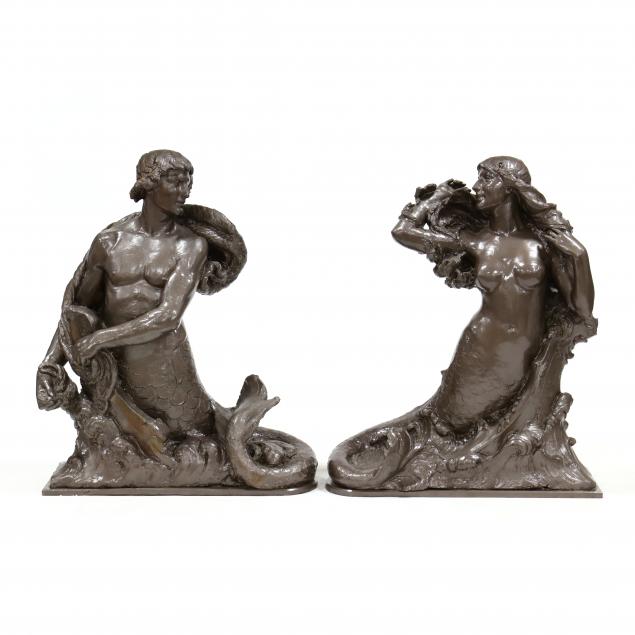 Joseph Hudak was a longtime associate and partner of the Olmsted firm from 1955 until 1979.

Johan Selmer-Larsen was born in Norway and emigrated to the United States at the age of 17. Selmer-Larsen spent the next ten years working at his uncle's metalworking business in Manchester, New Hampshire. He became an American citizen in 1902, but curiously returned to Norway the following year.

By 1906, Selmer-Larsen was back in the United States. While in Norway he had achieved experience and work as a painter and sculptor, which he continued practicing in New York. He moved on to Boston, coming to the attention of the famed Olmsted Brothers. In 1918 he sold his studio and began working primarily for the Olmsted Brothers, while living in Marblehead, Massachusetts.

Over the course of his successful career, Johan Selmer-Larsen's sculptures graced many public and private architectural gems, including the Cloisters at the Metropolitan Museum of Art in New York, Prospect Park in Brooklyn, the Crane estate in Ipswitch, Massachusetts, the Sumner Tunnel in Boston, and many others. He was a founding member of the Marblehead Arts Association. He also taught at the School of the Worcester Art Museum and at the Architectural School at MIT.

These sculptures are the maquettes for those found at the entrance to the gardens at La Selva Mansion, Upper Brookville, Long Island, New York. The house was designed by Hunt & Hunt and built in 1915 for Henry Sanderson, with landscape and gardens designed by the Olmsted Brothers.

Later paint; some cracks and loss with associated retouch. 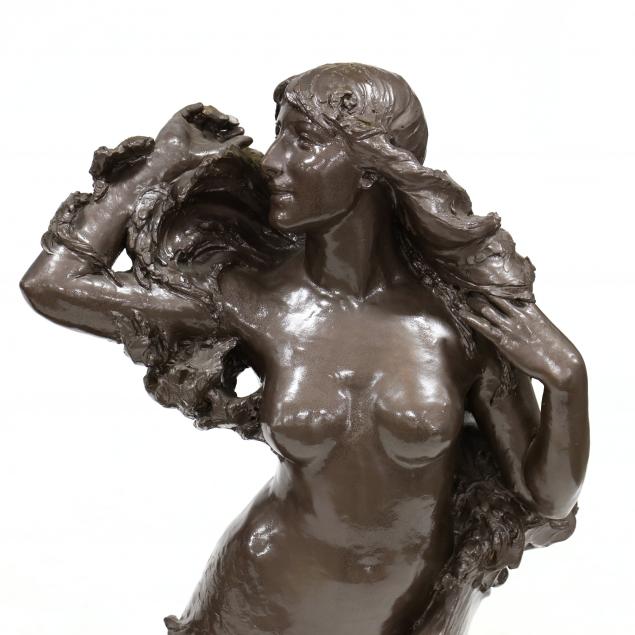 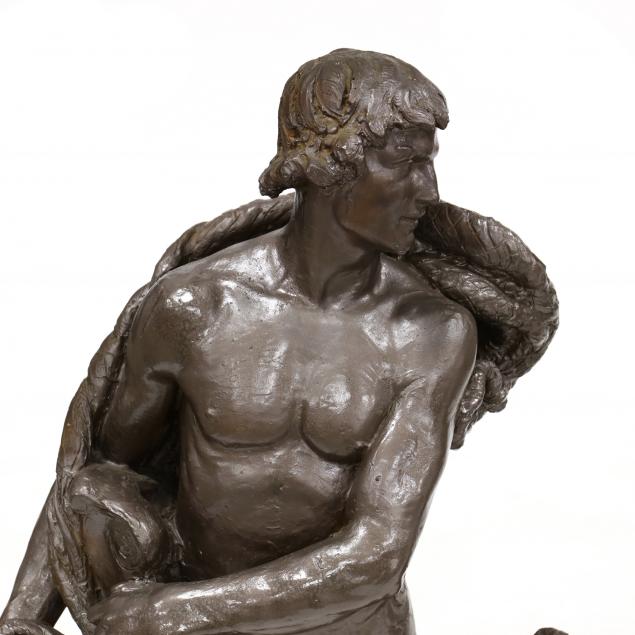 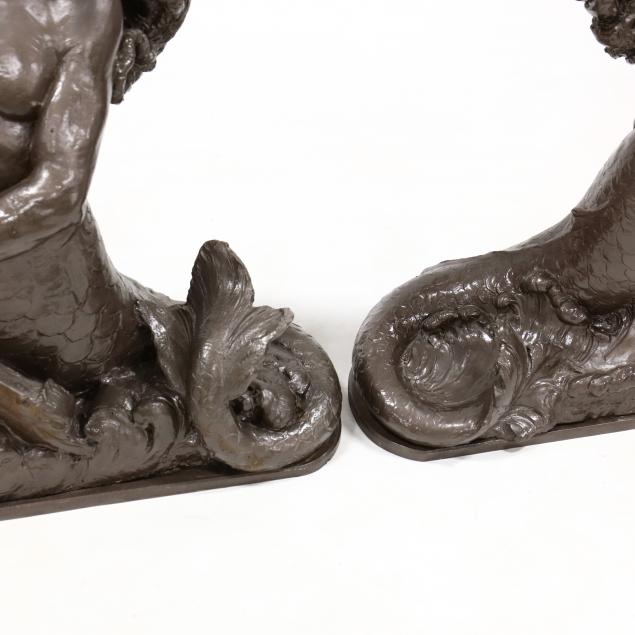 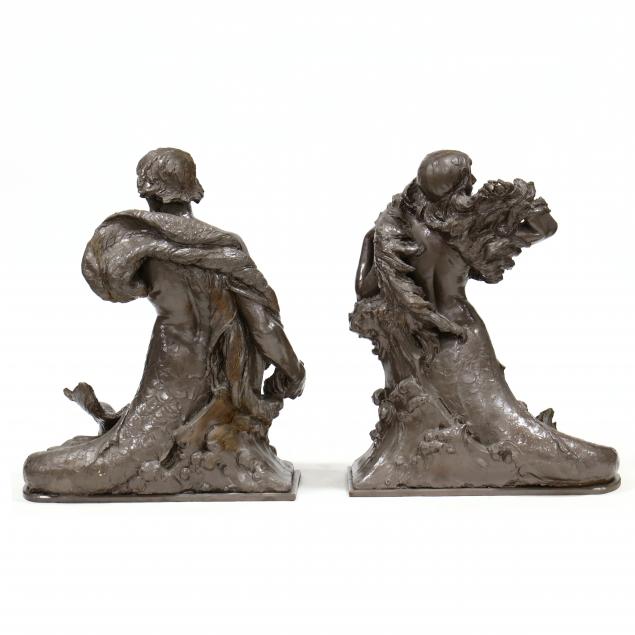 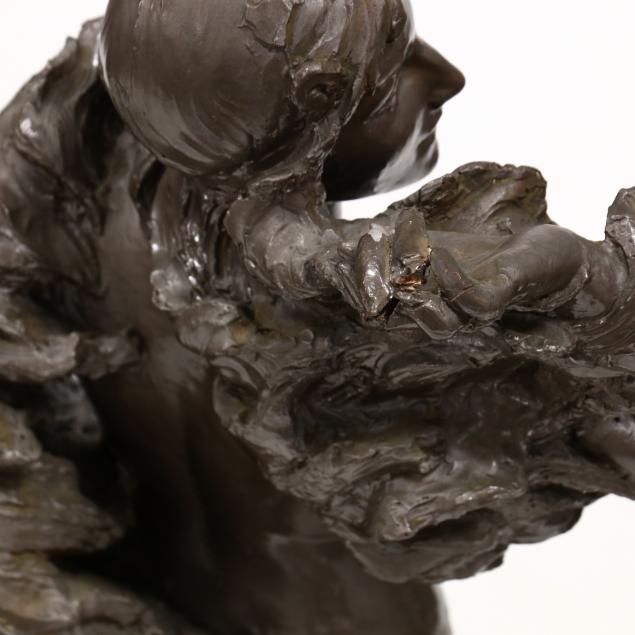 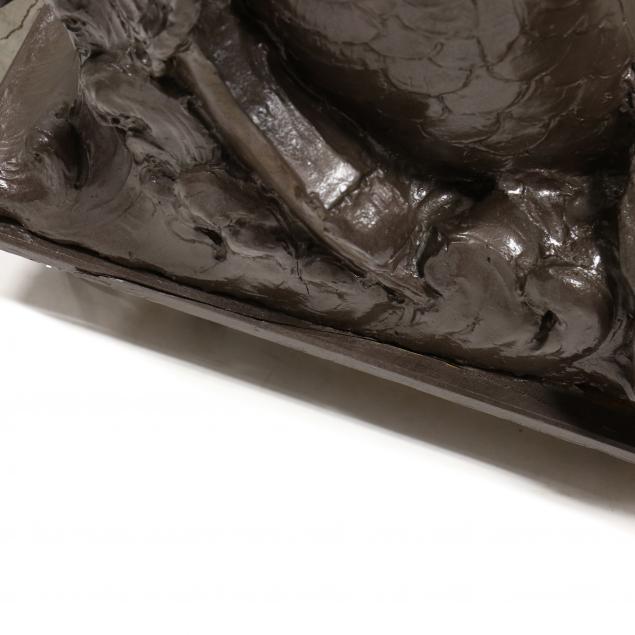