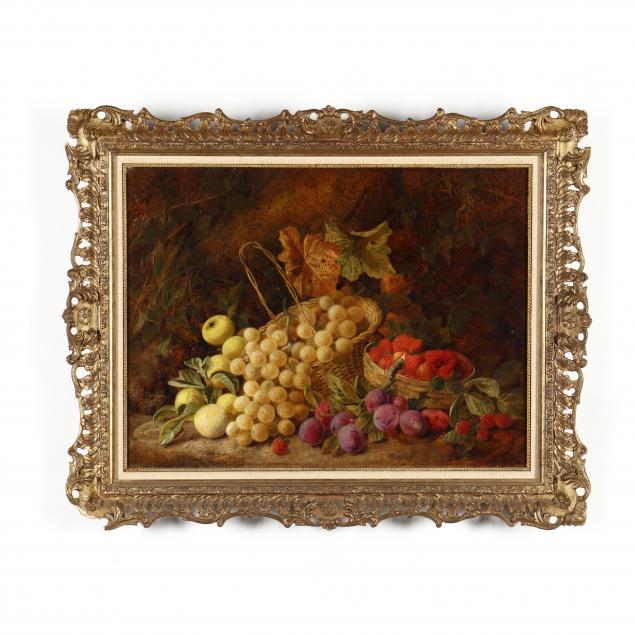 Born in Hertfordshire, George Clare is well known for his charming still lifes of flowers and fruit. While much is unknown of his training, he was greatly influenced by William Hunt. He first exhibited in 1864 at the Royal Academy, and later at the British Institution, and the Royal Society of British Artists. He was the father of a dynasty of still life artists, with his sons Oliver Clare and Vincent Clare following in his footsteps.

Some loss and cracks to frame; faint craquelure. 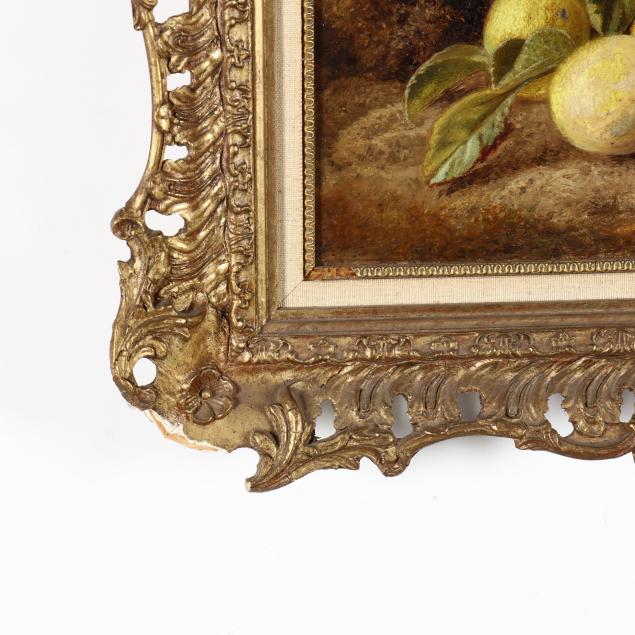 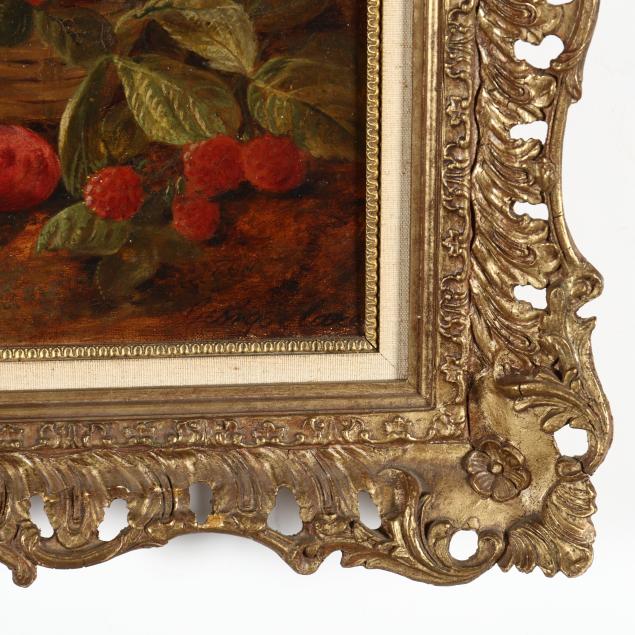 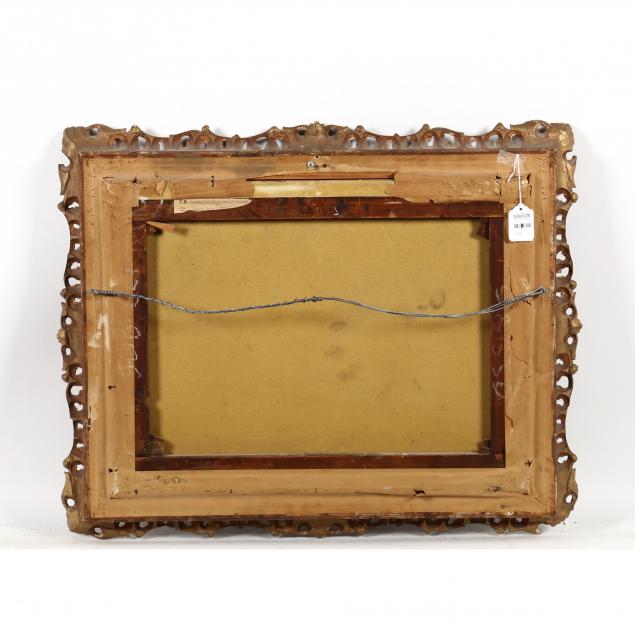