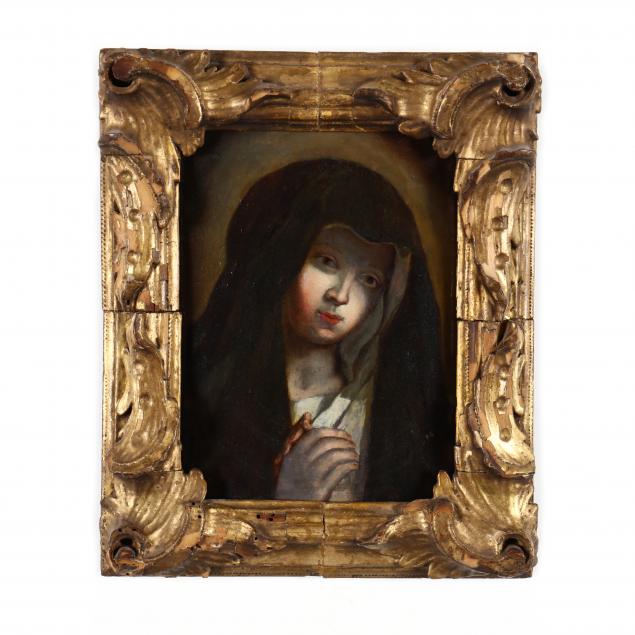 This devotional image of the Madonna in prayer relates most closely to that found in the Monastero di Santa Chiara in Sassoferrato, the artist's town of birth. The painter of this work was likely basing their copy on an engraving of the original painting, as the posing and expression of the figure is very close to the original, however, the Madonna's veil is black rather than the original ultramarine.

Giovanni Battista Salvi studied with his father in Umbria, before moving to Rome. His style harkened back to the 15th century examples of Perugino and Raphael.

Chipping, flaking and insect damage to frame; some retouch to Madonna's cloth visible under UV light. 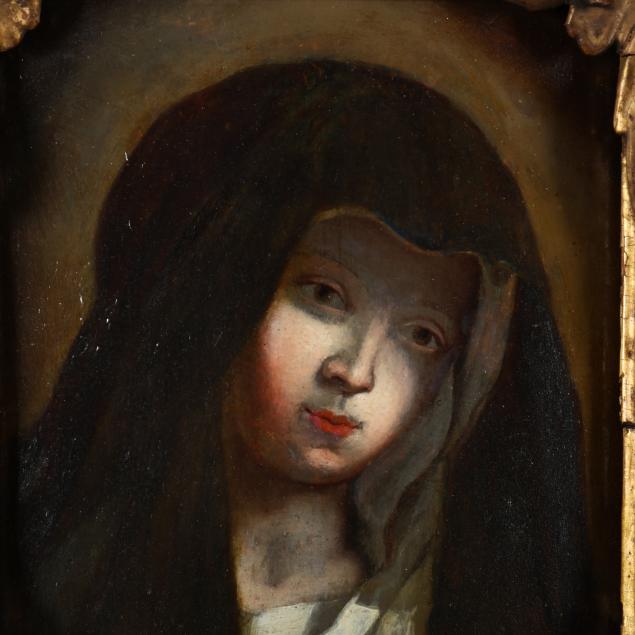 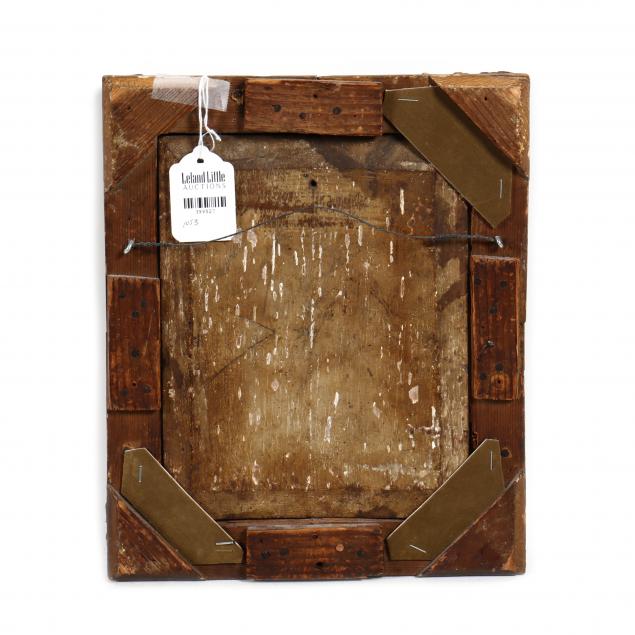