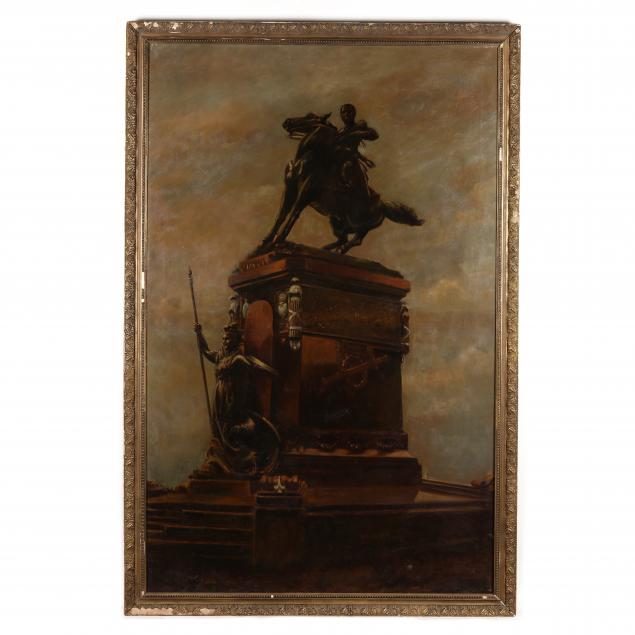 This anonymous work may be a conjectural study for an equestrian monument of Benito Mussolini that was erected in Tripoli, Libya during the Italian occupation of the late 1930s. It is singular that the statue showed the mount's forelegs at an odd 45-degree angle such as seen in the painting offered here. Our research has discovered no other equestrian statues holding such a pose. Additionally, the monument's base in the painting is stylistically Roman in the grandiose manner favored by Il Duce. The monument's corners, indeed, show the fasces, symbols of Senatorial power during the Roman Republic and, later, becoming the root word for "Fascism." The Latin "inscriptions" on the monument base are mere schematic nonsense suitable only for a study.

Light craquelure; the frame with chips and some scattered losses to gilt and gesso; two patches with repair to verso; one small tear. 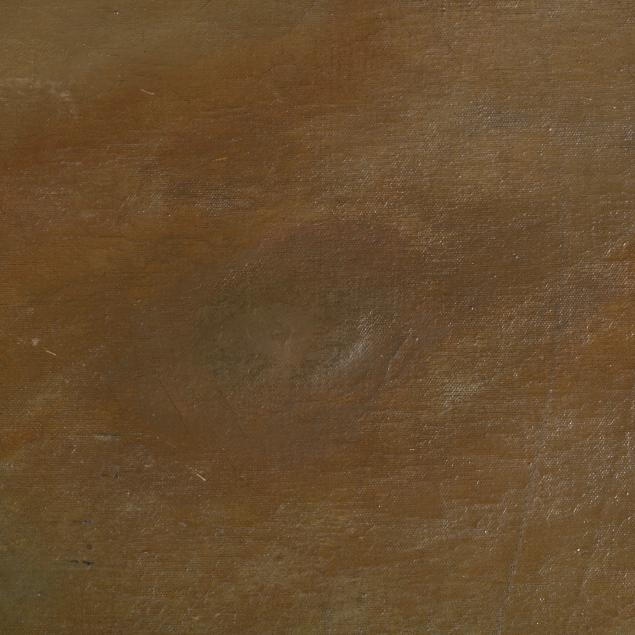 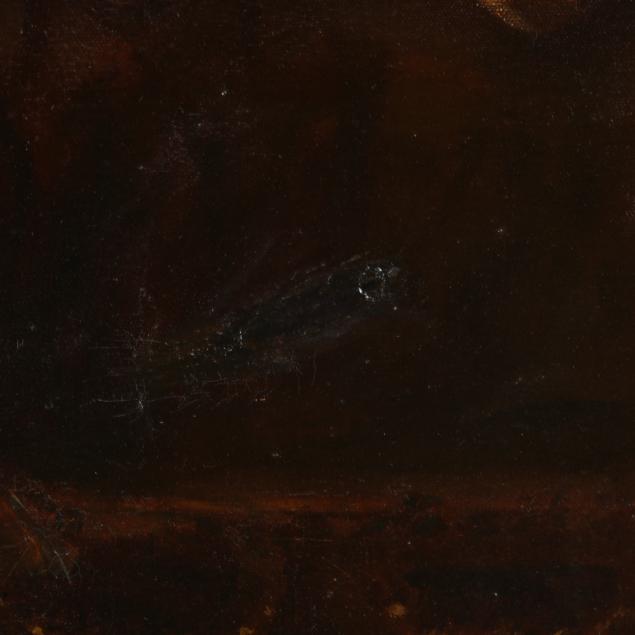 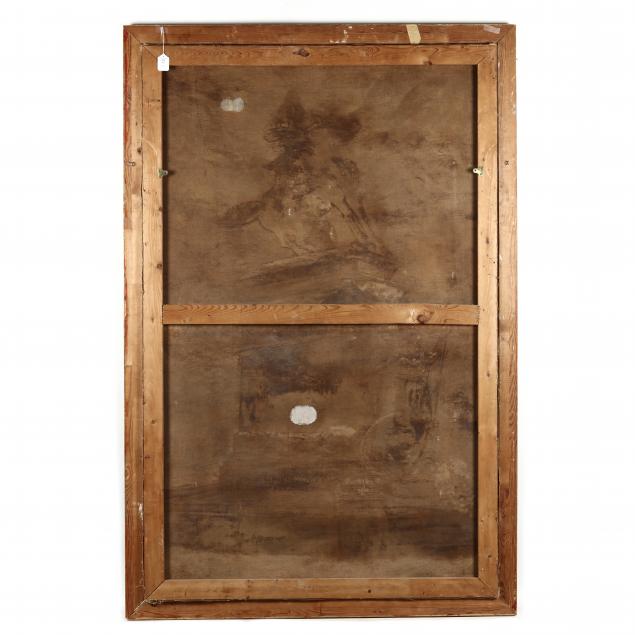 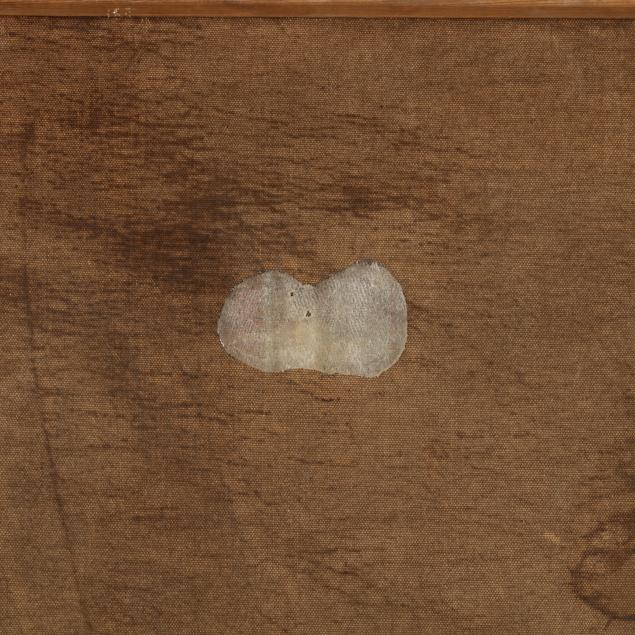 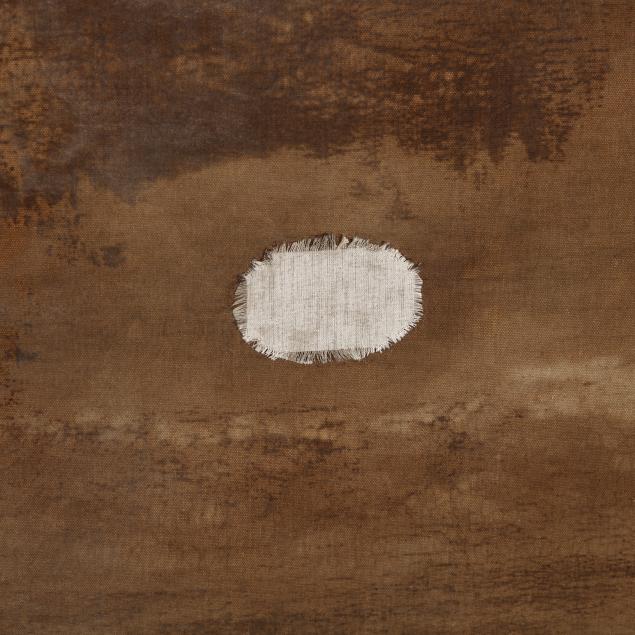