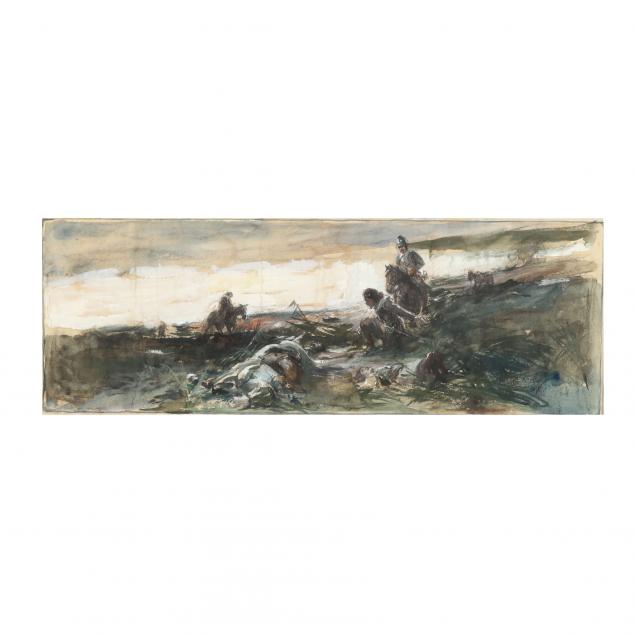 From the Collection of the Author Caroline Taylor, Washington DC

This watercolor was published in Scribner's Magazine as an illustration to accompany The Standard-Bearer (Sir Edward Verney of Croydon), a poem by Henry van Dyke (p. 760, Vol. LVI, December 1914, No. 6).

Frederick Coffay Yohn, often credited only by his initials F. C. Yohn, was an artist and magazine illustrator. His illustrations were published in numerous prominent magazines, including Scribner's Magazine, Harper's Magazine and Collier's Weekly. He studied at the Art Student's League of New York and at the Atelier of Léon Bonnat in Paris.

Yohn is best known for his historical military themes, as evident in the present work on offer.

Some color run; few small spots; not examined out of frame. 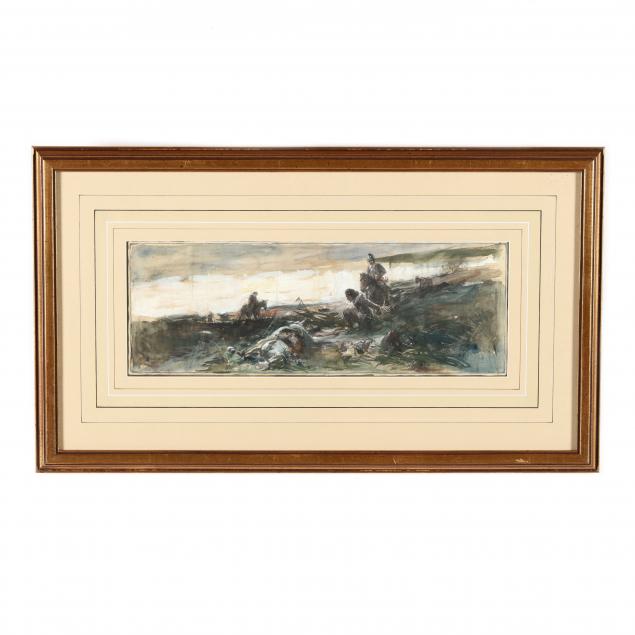 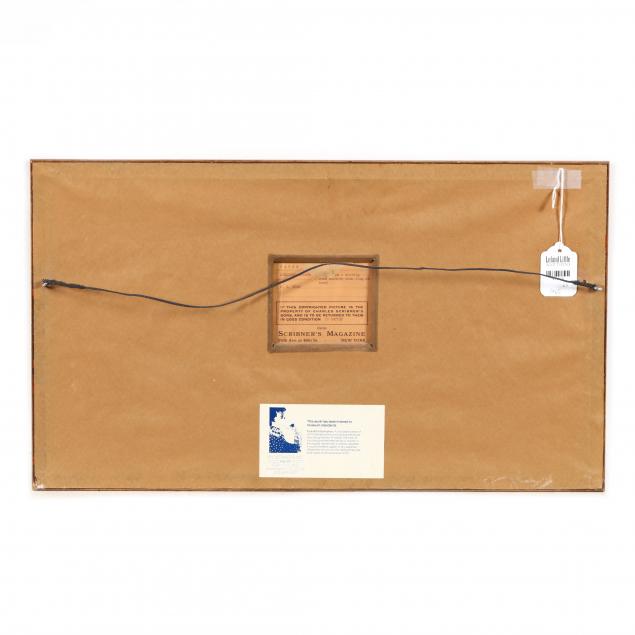 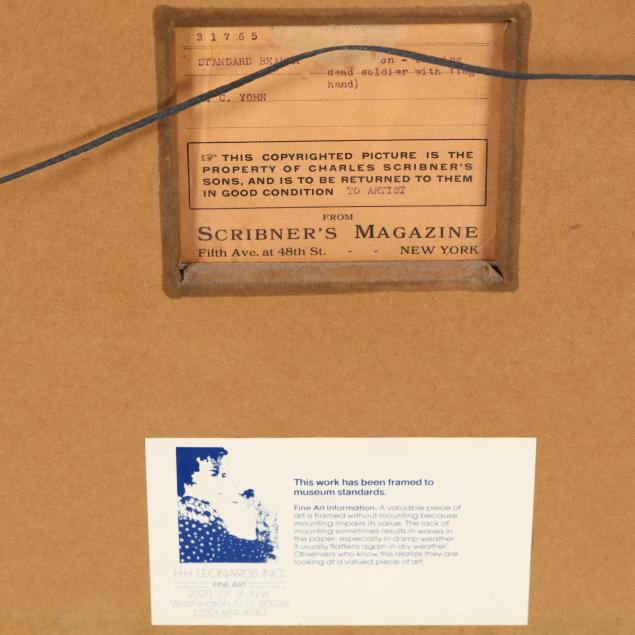