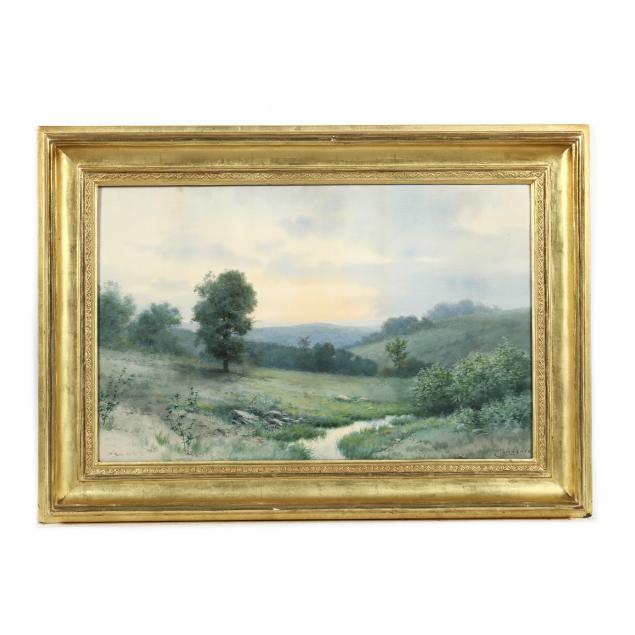 Born in Philadelphia, Edwin Lamasure, Jr. moved to Washington, D.C. with his family in 1877. He began his art career as an engraver, first for the Bureau of Engraving and Printing in D.C. and later for the prominent jewelers, Bailey, Banks & Biddle in Philadelphia.

Lamasure returned to Washington, D. C. in the mid-1890s and began painting landscapes and marine scenes from a studio in the city. In 1896, he and his wife purchased a home in Round Hill, Virginia. While commissions to paint the American West and the Panama Canal in South America took him far away from home, the rolling bucolic landscapes of the Virginia Blue Ridge are among his most iconic images.

Some toning to sky; acid burn to verso of sheet from old backing; several areas of glue residue to verso; minor rubbing and flaking to frame. 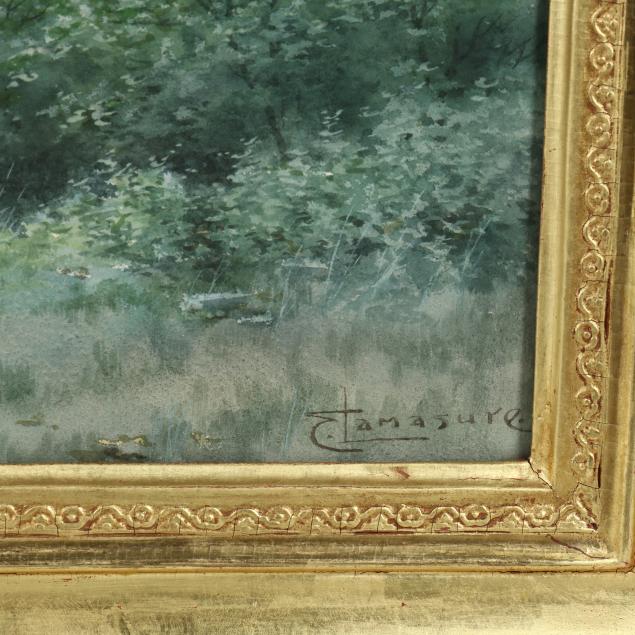 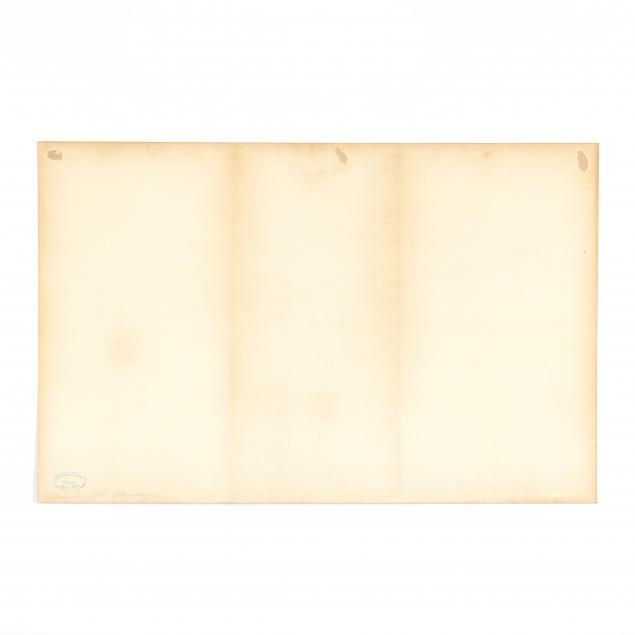 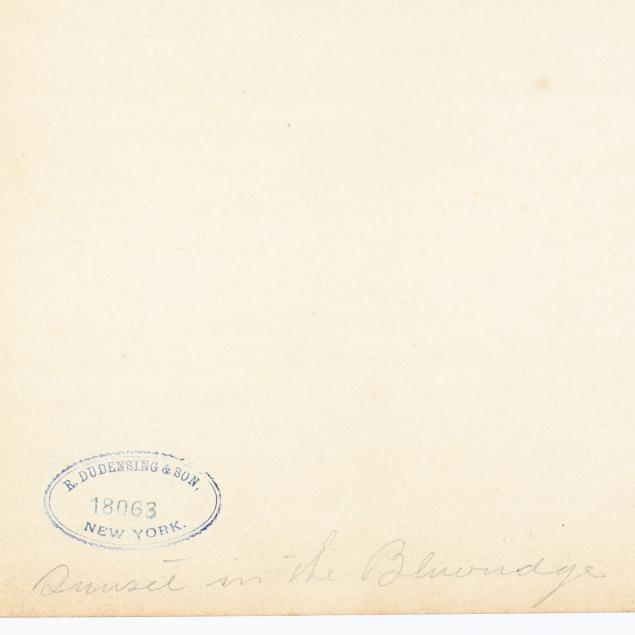